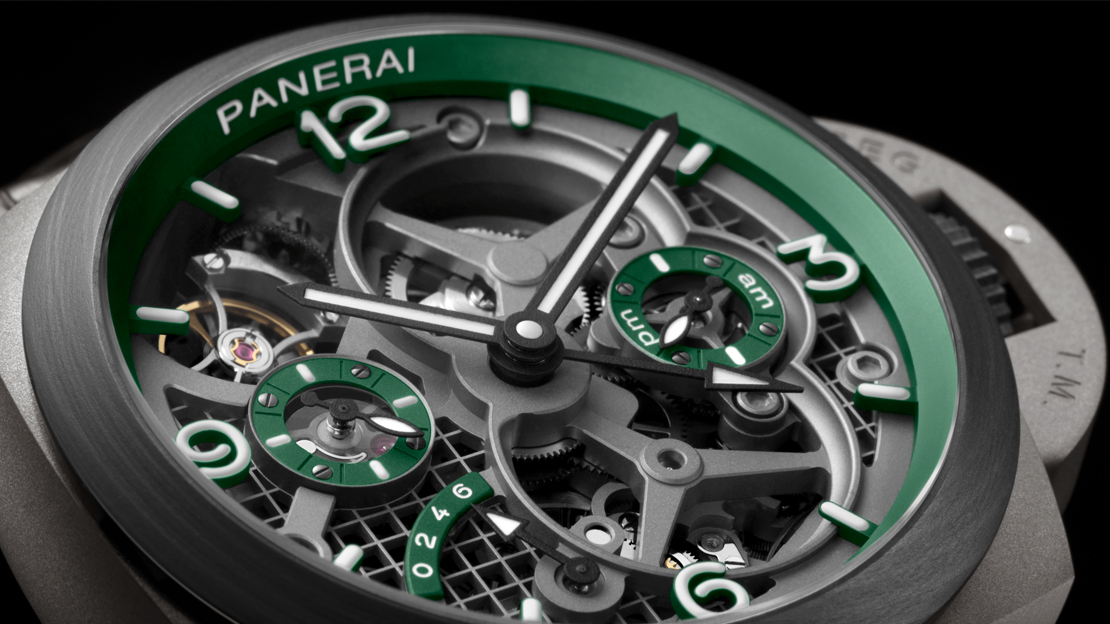 THAT Officine Panerai has a deep affinity with matters maritime is no secret; the brand largely owes its existence to the Italian navy. That it views the sea as a “hostile environment better suited to adventurers in search of leviathans and sunken treasure than idle sunseekers” is probably a bit lesser known.

Panerai is stressing this latter point at an ongoing exhibit (it started yesterday, ends today) at the Minsheng Art Wharf in Shanghai, China. Called “Survival Instruments for Modern Heroes,” the event captures this hostile quality of the sea as seen from Panerai’s point of view. Interactive and animated installations mounted on more than 800 square meters of space depict an underwater abyss where guests get to tour the wrecks of 19th- and 20th-century vessels. There are sharks and eels, too.

“Once you have a clear understanding of the modern hero, thanks to [Panerai] brand ambassadors like explorer Mike Horn and freediving champion Guillaume Nery, our mission is to build a tailor-made universe around the concept,” says Alvaro Maggini, the first person in Panerai’s history to hold the title of creative director. “I also want our guests, accustomed as they are to luxury and comforts, to experience something truly rare in the modern world: the epic. They’ll need to use our survival instruments if they want to overcome the challenges we’ve set for them.”

“Along with the United States, China is our most important market. That’s why we have decided to bring the brand’s new image to life for the first time at the Shanghai Hub,” says newly appointed Panerai CEO Jean-Marc Pontroue. “However, the essence of the company has remained unchanged over its more than 150-year history. The sea has always been our natural habitat.”

The Lo Scienziato (Italian for “The Scientist”), introduced by Panerai in 2010 as its nod to the 400th anniversary of Galileo Galilei’s observations, returns as an evolution of the ref. PAM767 of 2018. The new ref. PAM768 Luminor Tourbillon GMT – 47mm Lo Scienziato sports a different color palette while retaining its construction and mechanical bits. Where the PAM767 had bright blue contrasting accents, the PAM768 opts for military green for its flange surrounding the skeletonized dial, small second subdial, 24-hour register and power reserve indicator. Matching the green elements are a dark bezel, crown and safety lock on the signature crown protector made of carbotech.

The 47-millimeter-wide case is still made of titanium — sandblasted this time — formed via direct metal laser sintering, a 3D printing process. The Lo Scienziato Luminor of 2016, itself the direct predecessor of the PAM767, was among the first premium timepieces to get a case made from such a method.

Complementing the monochromatic case is a gray leather strap. A second one in black Velcro with gray stitching also comes as part of the kit which includes a strap-changing screwdriver.

Panerai’s cal. P.2005/T continues to power the latest Lo Scienziato Luminor; most of the handwound calibre’s structure is visible from both the “dial” side and the crystal-covered caseback. Introduced by Panerai in 2016, this tourbillon GMT movement is also made of titanium.

Apart from its skeletonized construction, the cal. P.2005/T’s key technical innovations are its three mainspring barrels arranged in a series (a patented touch), allowing for a six-day power reserve; and a tourbillon whose cage completes a full rotation in 30 seconds instead of the conventional 60 seconds, better compensating for the effects of gravity on a balance wheel. Plus, it rotates on an axis perpendicular to that of the balance wheel.

Thanks to the use of titanium, the movement weighs in at just 23 grams. It has 277 components, 31 of which are jewels, and oscillates at 28,800vph. Its balance is antimagnetic. It has shock protection.

Joining the Lo Scienziato Luminor Tourbillon GMT’s introduction at the aquatic-theme event in Shanghai are two versions of the Luminor Marina. The first is the PAM1058 with a 44-millimeter-wide case, the other the PAM1028 that’s two millimeters smaller. Both wear steel cases and bracelets to match their blue sun-brushed dials, over which sit luminous hands and Arabic numerals and markers. Actually, the two pieces are basically reinterpretations of the similarly sized but silvered-dial PAM 978 and PAM 977 models released earlier this year. The metal bracelets in all four references are almost completely brushed, save for the polished rectangular portions straddling each link. Adorning the links are patterns mimicking the shape of the watches’ bridge crown protector.

The PAM1058 and PAM1028 are both spun by the in-house, self-winding cal. P.9010, too (visible through the sapphire crystal caseback). This movement packs a pair of mainspring barrels which allows it three days’ worth of power reserve. It has 31 jewels, operates at 28,800vph, and is fitted with a mechanism that lets the hour hand be adjusted in one-hour increments forwards and backwards, with the act not interfering with the sweep of the second hand. This makes setting the time for a different location quite easy. It is also fitted with a balance mechanism secured in place by a bridge with twin supports, and Incabloc shock protection.

The 44-millimeter Luminor Marina is water-resistant to depths of 300 meters, the smaller piece is rated at 100 meters. Best for hostile environments.