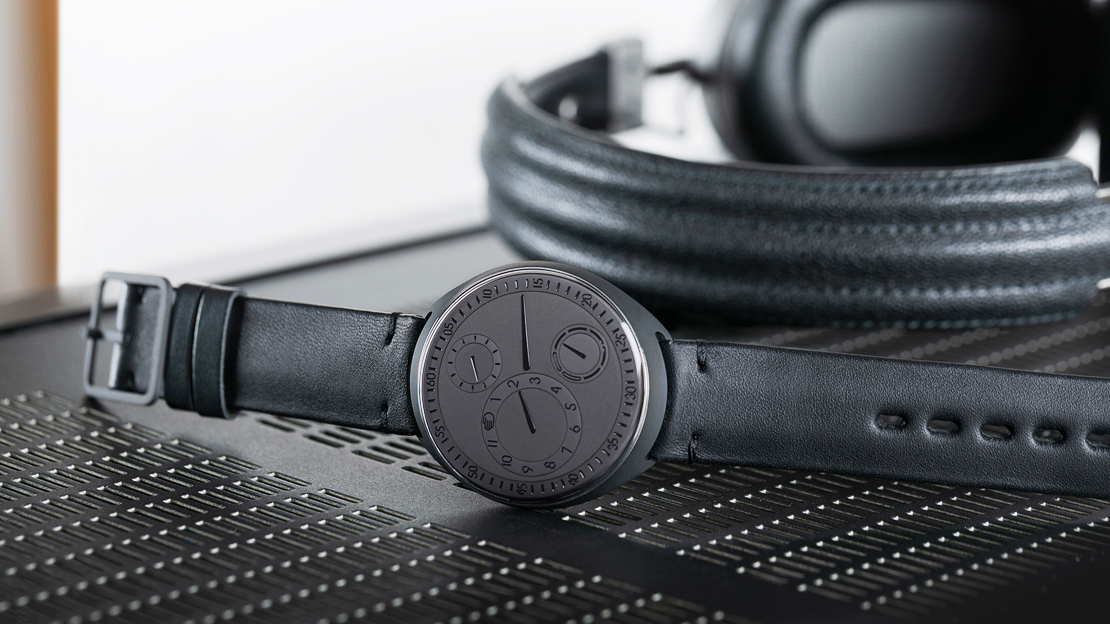 “ZZ” in the new Ressence Type 1 rendition — logically called the Type 1 ZZ — refers to two things. The first is a redundant “zwart,” Flemish for black. Flemish is the dialect spoken in Antwerp, the port city in Belgium’s Flanders region, where Ressence hails. “Zwart zwart” identifies the predominantly noir wardrobe of the Type 1 ZZ.

The arguably cooler ZZ reference is that it is a nod to ZZ Top. Now what has this iconic geezer Texan band got to do with Ressence? Well, the Type 1 ZZ — limited to just 20 examples, by the way — came about as a collaborative gig between Ressence and Chronopassion, the iconoclastic Paris-based watch retailer heavily skewed on haute horlogerie. And Chronopassion’s owner, Laurent Picciotto, is a huge ZZ Top fan.

Ressence debuted the Type 1 in 2014. Unlike the Type 3 released a year earlier the Type 1’s display does not “float” on a sheen of oil. But like its brethren the Type 1 also relies on discs rotating both unto themselves and around the dial to tell the time.

The watch’s dial is a disc itself that completes a rotation in 60 minutes. The pointer mounted on this disc indicates the minutes as marked on a fixed track around the dial.

The hour readout is displayed in the largest subdial, which is also a disc with a pointer that completes a rotation in 12 hours. This disc does not only rotate within itself, it also circles around the dial. Its hour track rotates as it travels around the dial, too, meaning the 12 o’clock indication will always remain at, well, 12 o’clock regardless where this subdial happens to be in the dial (when the minute pointer is on the top part of the dial, the hour subdial is at the bottom part).

Displaying the second readout is another subdial. It functions identically as the hour subdial; a disc with a pointer completes a rotation in 60 seconds and its second track rotates as well so the “60” marker always remains on top as the disc travels around the dial.

A third subdial points the day of the week. It works the same way as the other subdials do.

Key to these constantly revolving satellites is the Ressence Orbital Convex System. This in-house, patented module is a collection of 107 parts, many of which are gears. Relying on these gears, the module is able to calculate the hours, seconds and day of the week by referencing only the minute indication — the main disc. The axle for the minute indication is the one which connects to the mechanical movement, the self-winding ETA 2892/A that has 40 jewels, 36 hours of power reserve and which spins at 28,800vph. Nifty, all this.

The Type 1 ZZ gets the Type 1 Slim’s 42-millimeter-wide, sapphire crystal-topped titanium case, but has this finished in matte black DLC. This makes the case seem to flow onto the matte dark gray PVD landscape of the dial. The four pointers — technically these are not hands because they are simply applied over their respective discs — are rendered in black polished steel. All markings, including the playful Ressence hand logo, are engraved in black, too. Yup, zwart zwart and all that.

Beyond paying a tribute to ZZ Top, Ressence says the Type 1 ZZ links its founder, Benoit Mintiens, to Picciotto. Apparently, Chronopassion was one of the first retailers to carry Ressence during its early days — the brand was launched in 2010. The piece, then, celebrates friendship as much as it does clever horlogerie.

Not to mention rock ‘n’ roll.