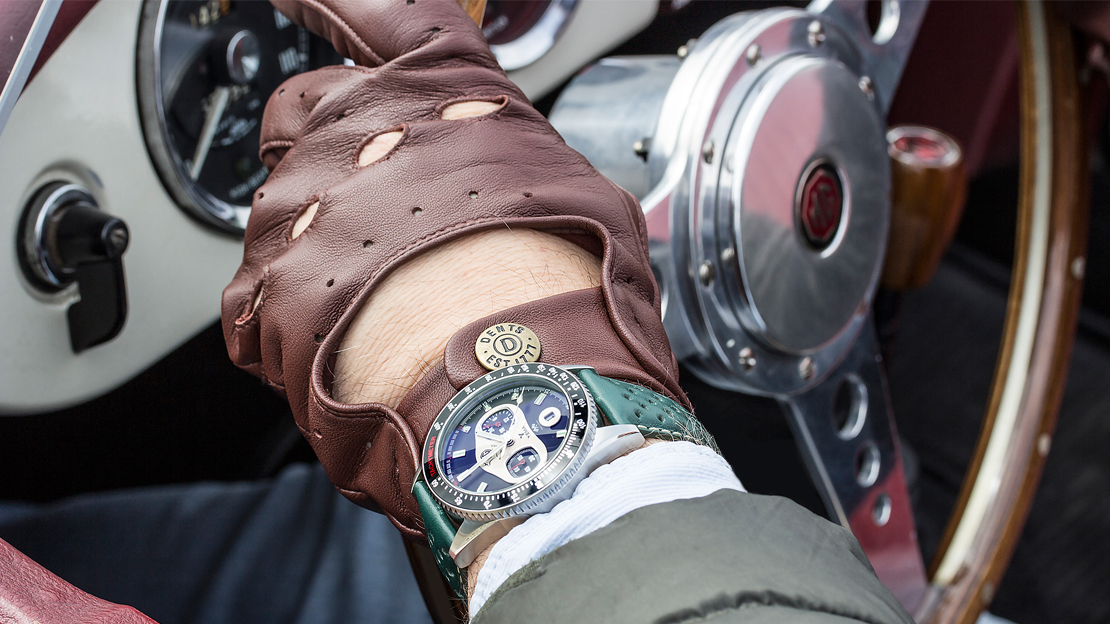 TRIVIA: The first French watch to reach space was a Yema worn by French spationaut Jean-Loup Chretien on a mission in 1982.

But among the most coveted in Yema’s collections are the Yachtingraf and Rallygraf chronographs, both interestingly launched in the same year — 1966. While the intervening years were not exactly kind to the storied French brand, which had to endure several changes of ownership, counting in Seiko’s, enthusiasts’ interest over these two collections remain steady. An Ebay search for a vintage Yachtingraf or a Rallygraf would turn up a few pieces now and then.

Both collections are still present in Yema’s present product range, coming with quartz and mechanical movements (the original ones packed Valjoux movements). Their design codes remain faithful to their ancestors. Which means they look cool.

Apparently this is enough of an attraction for the tweedy members of UK’s MG Car Club. Because when the group decided to produce a watch for its lot (as well as for people outside the club), it turned to Yema and picked the Rallygraf. Actually, the French chapter of the club had their own version made earlier.

The limited-edition UK MG Car Club Rallygraf uses a Miyota cal. OS21 quartz chronograph movement whose bi-compax layout displays 60-minute and 24-hour counters. The dial comes in the Rallygraf’s signature two-color palette, in this case black over which sits a beige aluminum insert to frame the pair of registers. The look mimics a classic car’s dashboard. An MG logo ties the elements together.

Wrapping over all this is a 42-millimeter-wide steel case marked by a grooved, but non-rotating, black bezel inscribed with a tachymeter scale. The perforated rally leather strap that attaches to the case is in British Racing Green. So MG.

Only 200 examples will be made. Production at Yema’s Motreau workshop will start once all the orders are in.