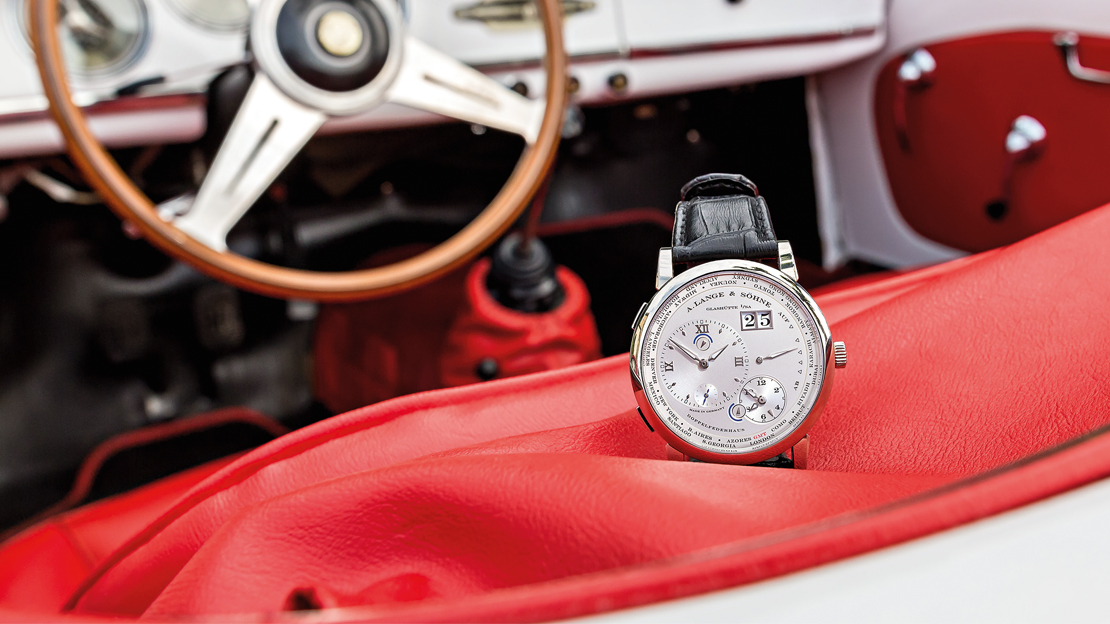 WITHOUT doubt, the Concorso d’Eleganza, now on its 90th year, is the most exclusive beauty pageant for historic automobiles. Its setting isn’t shabby by any measure either; the Villa d’Este on the shores of Italy’s picturesque Lake Como.

Since 2012 the soundtrack provided by the engines has been accompanied by the muted ticking of a different mechanical piece; that of a special A. Lange & Söhne Lange 1 Time Zone “Como Edition.” The Como Edition is the horological equivalent to the car deemed as “Best of Show.” The watch is handed over by A. Lange & Sohne CEO Wilhelm Schmid to the Best of Show winner. It’s quite a match, this, thanks to the link between vintage cars and watches.

Well, A. Lange & Sohne and the Concorso d’Eleganza share an affinity as well. The two maybe relatively small institutions in their respective domains, but both create the best they possibly could.

“The Concorso d’Eleganza is all about the idea of collecting, preserving and making sure works of art survive the test of time. That is why we are committed to the world of classic cars. It reflects our passion for sophisticated mechanics and thrilling design, which is deeply rooted in the corporate culture of A. Lange & Sohne,” Schmid says.

The Lange 1 Time Zone Como Edition is distinguished from the regular — if there is such a thing for A. Lange & Sohne — Lange 1 Time Zone model by having a cuvette, or a hinged cover for the sapphire crystal window on the caseback. The touch harks back to fine pocket watches, which needed a cuvette to protect their movements against dust and other stuff. It’s like the hood of a car.

Adorning the white gold cuvette of the Como Edition are the inscription “Concorso d’Eleganza Villa d’Este” and the concourse’s coat of arms.

Seen through the crystal window is A. Lange & Sohne’s in-house, handwound cal. L031.1, which has 54 jewels, operates at 21,600vph and stores power good for 72 hours when fully cranked. On top of displaying the hour, minute and a small second, its complications are a second time zone, day and night indicator for both time zones, an outsized date window for the home time, and a power reserve meter.

The Lange 1 Time Zone Como Edition’s case measures 41.9 millimeters across and is made from white gold.

Now, the Lange 1 Time Zone, as its name declares, is a world time watch. So listed around its dial are the 24 cities representing the different time zones slicing the planet. And here the Como Edition differs ever so subtly from the Lange 1; Como replaces Berlin in the list.