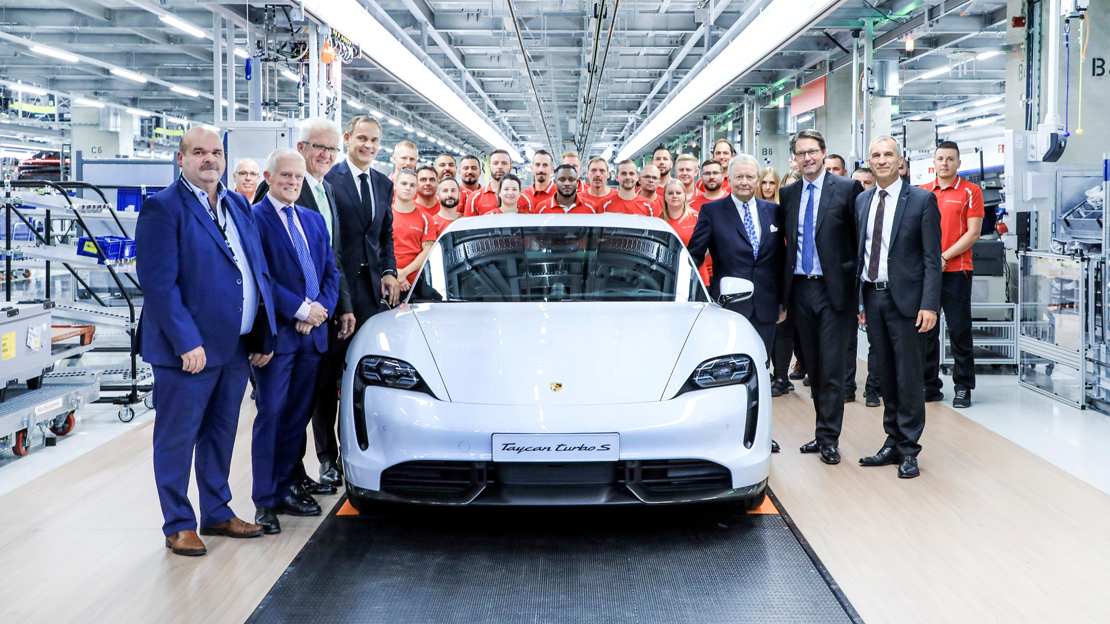 IN 2015 Porsche at the Frankfurt Motor Show brought out the Mission E concept. Less than four years later, in early September, Porsche returned to the Frankfurt spectacle with the production version of the Mission E in tow. Now called the Taycan, the production model is Porsche’s first all-electric sports car. And it not only starts a new chapter for the brand, it also ushers in a new era in the way automobiles are built.

Even while the Frankfurt show was still in full swing, Porsche already started building the Taycan in this new facility. Here, car-making has turned networked, flexible, with Porsche using guided vehicle systems to transport components and Taycans from one station to the next, doing away with traditional conveyor belts. The company bills the process as “Porsche Production 4.0.”

“We are using state-of-the-art technologies to network the digital world with the mechanical world. The focus at Porsche is still on people. Porsche employees are an integral part of the project. After all, we produce vehicles by people for people,” says Albrecht Reimold, a member of Porsche’s executive board for production and logistics.

Well, the new facility, also located in Porsche’s Zuffenhausen backyard, has created the need for 1,500 jobs related to electric-powered transport. These came on top of the comprehensive training program all Porsche employees had to undergo, held during the construction of the new factory, as they familiarize themselves with the processes, if not philosophy, of electromobility.

Further proving Porsche’s shift toward EVs is that it plans to spend six billion euros on its various electromobility infrastructure until 2022, 700 million euros of which were invested on the new production facilities, and 300 million euros more for a new body shop that will also work on the current generation of the Porsche 911.

Now, remember, the new facility only complements Porsche’s established Zuffenhausen production plant, which churns out the brand’s two-seat sports cars — the 911 and 718 Cayman and Boxster. These cars roll off the assembly line at a rate of 250 vehicles a day.

As Fritz Kuhn, mayor of Stuttgart (where Zuffenhausen is), puts it; “The investment by Porsche sends out a strong message about Stuttgart. Where others just talk, Porsche acts.”