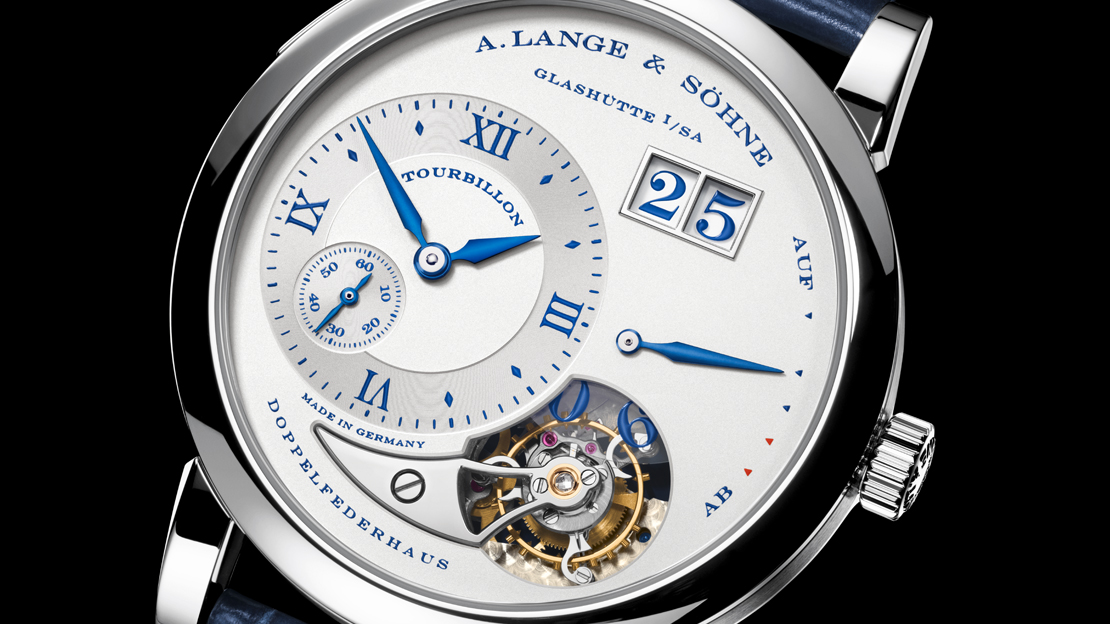 THE “25th Anniversary” series is complete.

A. Lange & Sohne is marking the 25th year since it rebooted operations on October 24, 1994. All right, to be precise, the brand was actually resurrected by Walter Lange and Gunter Blumlein in December 1990, 42 years after it was shuttered, and 145 years from the moment Walter Lange’s great grandfather, Ferdinand Adolph Lange, founded the company in Glashutte, in 1845. So it took four years for the company to produce its new watches.

Four watches announced the brand’s return to the market. Leading the lineup was the Lange 1, with its now iconic dial layout. The three others were the Arkade ladies’ model with an outsized date display, the Saxonia which became one of the brand’s bestsellers, and the Tourbillon Pour Le Merite whose technical wizardry crowed in the loudest voice possible that A. Lange & Sohne was back.

Among the four watches, it was the Lange 1 that turned out to be A. Lange & Sohne’s definitive piece. And to mark its quarter-century existence, it is being honored by the company with a “25th Anniversary” series; a special Lange 1 model was released every month, starting in January.

Now, A. Lange & Sohne releases the 10th model in the commemorative run — the Lange 1 Tourbillon (also available in 25 examples only). Billed as the crowning finale of the anniversary collection, the watch traces its roots from 2000, when the original model paid homage to the brand’s pocket watch tourbillon it released at the 1900 Paris Exposition. Two centurial years (or the end of a century), two tourbillons.

In 2010, as part of the “165 Years – Homage to F.A. Lange” anniversary collection, the Lange 1 Tourbillon was one of the first three watches made by the company to come with a case in honey gold — a material used exclusively by A. Lange & Sohne. In 2014, on its 20th anniversary, the Lange 1 became the fourth model in the company’s “Handwerkskunst” series. The special rendition came in only 20 platinum-cased examples, each with rare decorations on their movements and had black enamel dials.

In its “25th Anniversary” form, the Lange 1 — like the other nine commemorative watches — has turned into a silver-and-blue affair. The watch has a 38.5-millimeter case made of white gold, which wraps around a solid silver dial with blued steel hands, blue hour numerals, markers, date readout and inscriptions. A. Lange & Sohne again took advantage of the Lange 1’s smaller subdial, usually reserved for the small second display, and used it as the aperture for the tourbillon (in some cases the spot serves as a moonphase display).

A small second subdial takes up residence on the one displaying the hours and minutes.

The Lange 1’s tourbillon is propped in place by a steel cock finished in black polishing and which carries a pair of diamond end stones. It has a patented “hacking” system that allows the balance inside the rotating tourbillon cage to be stopped instantaneously. Unlike previous Lange 1 tourbillons, the one here is more visible, thanks in part to a large aperture, as well as a transparent glass disc used for the date readout.

On its obverse side, the tourbillon has its bridge and intermediate-wheel cock decorated with hand engravings where the recesses are filled in blue, and whose centerpiece is the “25” that is rendered in the same font as the date display is.

Visible through the sapphire crystal window on the caseback is the in-house, handwound cal. L961.4 that’s defined by a three-quarter plate made of untreated German silver, but which is adorned by striping, blued screws, gold chatons and jewels. It beats at 21,600vph and stores power good for three days, as afforded by twin mainspring barrels. It really is a special movement, one that befits a watch which caps the Lange 1’s quarter-century celebrations.