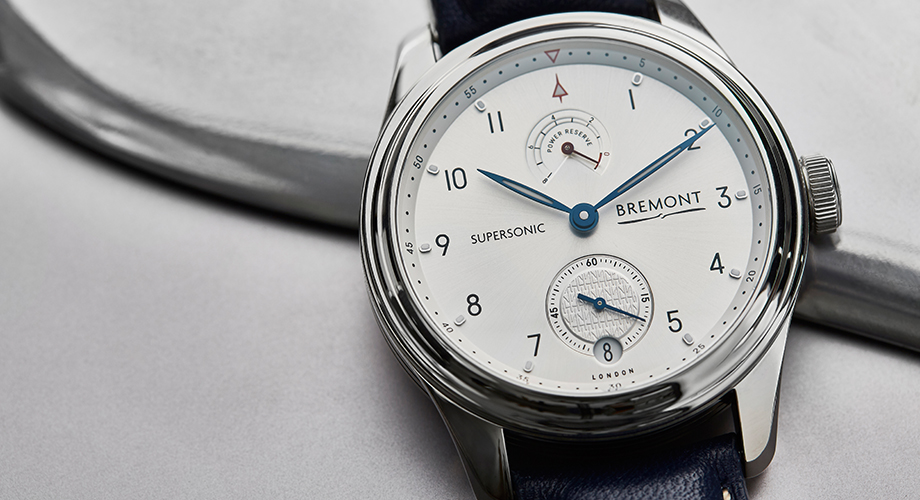 THAT Bremont has a deep affinity with flight is hardly a secret. Company founders Nick and Giles English are both pilots, just like their father, Euan, who died in 1995 when the World War II-era airplane he was riding in crashed (Nick was piloting it, who himself barely escaped with his life). A few years later the brothers found themselves needing to land their 1930s biplane on a field in France as bad weather closed in on them; that field was owned by a man named Antoine Bremont. A stylized airplane propeller forms part of the brand logo.

Not surprising that given half a chance to source parts from what is inarguably the greatest commercial aircraft in history, Bremont will pounce on it. Which it had, thanks to a partnership it forged with British Airways.

The aircraft is none other than the Concorde, which will celebrate in 2019 the 50th year since it first took to the air — on March 2, 1969, to be precise. It started its scheduled flights only in 1976 though, and from then on flew mostly transatlantic flights at over twice the speed of sound. It went on doing this up until 2003, when the only two airlines which bought the plane — British Airways and Air France — simultaneously retired their Concordes (each had seven) from service. It was a sad day for aviation, no doubt.

Bremont honors this bit of supersonic aviation history through the Supersonic, a time-only watch that comes in three case materials, all measuring 43 millimeters across, and is limited to 500 examples. The majority of the watches are housed in steel cases (300 pieces), with a hundred each in white gold and red gold.

All the watches get a piece of aluminum taken from the Concorde, the material machined into a decorated ring that’s visible through the sapphire crystal of the caseback. This trim is inscribed with the donor aircraft’s number and registration, years of active service, number of supersonic flights made, and the fastest speed it flew.

The donor Concorde, by the way, is the Alpha Bravo G-BOAB, the third Concorde that joined the British Airways fleet. It first took in passengers in May 1976, and eventually led a service distinguished by a distance record set in September 1984 via a 4,565-mile flight from Washington, D.C. to Nice, as well as for flying the England squad home from France after the 1998 World Cup.

Besides the Concorde markings on the caseback, other visual cues that tie the Supersonic to the plane are a sunray white dial mimicking the Concorde’s reflective paint; blue hands (or hand, in the case of the gold versions) and a red power reserve indicator that echo British Airways’ livery; and a delta wing icon at 12 o’clock. There’s also a faint image of the Concorde on the second subdial at 6 o’clock. Covering these elements is another piece of sapphire crystal. Securing the watches on the wrist are blue or brown Connolly leather straps.

Ticking beneath the Supersonic’s 100-meter water-resistant case is Bremont’s first handwound movement, the cal. BE-11M. It spins at 21,600vph, has 33 jewels and boasts a power reserve good for eight days — more than justifying the placement of the power reserve indicator on the dial. Bremont took advantage of the movement’s absence of a rotor not only by decorating its plate with cotes de Geneve, but also by cutting out a silhouette of the Concorde. The touch is subtle, even elegiac.