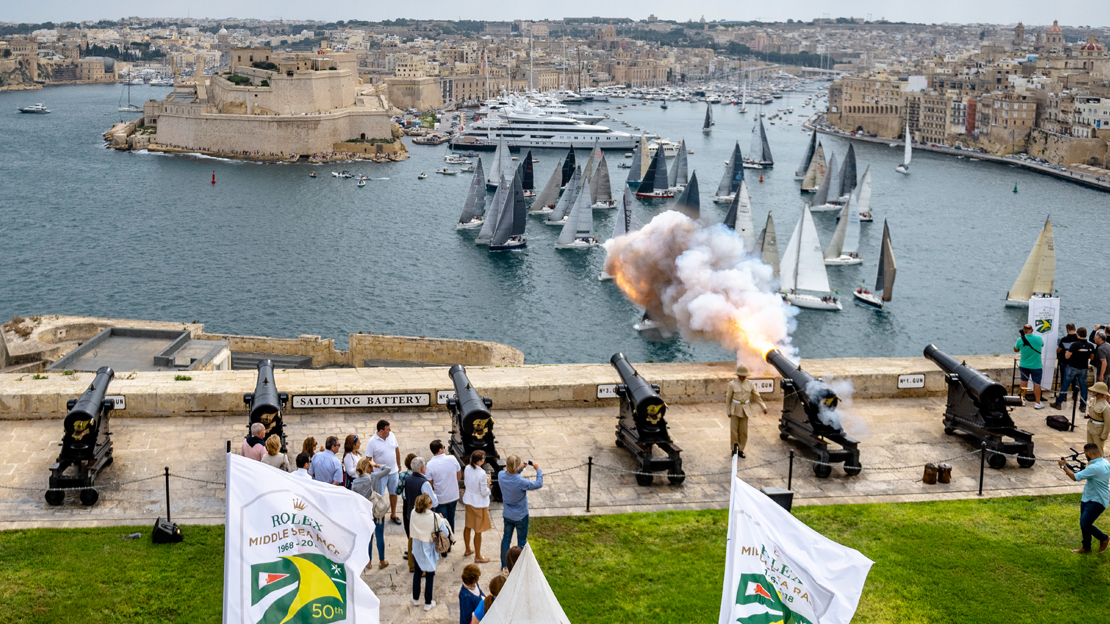 IT was set up by the Royal Malta Yacht Club in 1968, originally intended to let sailors around the area compete on the Mediterranean’s winter waters. Fifty years and 39 annual editions later (there were no competitions from 1984 to 1995), what has been called as the Rolex Middle Sea Race since 2002 is now considered as among the most important international offshore sailing competitions on the planet.

The event’s 2018 staging, which took off on October 20, lives up to this billing; 130 yachts flying the flags of 29 countries showed up at the starting line off the coast of Grand Harbour in Valletta, Malta. The fleet consisted of newbies and veterans alike, some of whom drawn back after skipping the race for decades.

Taking a counter-clockwise direction (it was clockwise during the early years), the 606-nautical mile route circled around Sicily. From Grand Harbour, the boats made their way up toward Sicily, skirting its coastline near Capo Passero, threaded across the Straits of Messina to get to the Aeolian Islands, turned west to the Egadi Islands, then down south to the island of Lampedusa, before heading back toward Malta.

Just as the first year of the Middle Sea Race was won by a Frenchman, John Ripard Sr. (on a boat owned by compatriot Albert Debarge), the 50th year of the competition was, fittingly, won by another Frenchman — Gery Trentesaux, who skippered the JPK 11.80 Courrier Recommandé. Trentesaux, by the way, bested 356 other yachts to claim the Rolex Fastnet Race in 2015.

Classified as second to Courrier Recommandé was Czech entry Bohemia Praha Debra of Milan Tomek, which corrected out four hours behind. The last step on the podium was taken by another French entry, the MN43 Albator, skippered by Philippe Frantz.

Another notable finish this year was that of George David’s Maxi Rambler, which claimed a fourth-straight monohull line honors this year, landing the entry in fifth overall. David also holds the race record with a time of 47 hours, 55 minutes and three seconds, which he set aboard another Rambler in 2007. Such was the speed that even the fastest multihull this year, a Maserati Multi 70 skippered by Giovanni Soldini, was unable to top it.

As the case usually is for any event celebrating a milestone, this year’s Rolex Middle Sea Race became a suitable occasion in which to look back at the time when the competition involved only eight yachts. Alan Green, a British sailor living in Malta in the late 1960s, and one of the race’s co-founders, took part in this year’s celebrations.

“Seeing 130 boats today is a dream come true. When we started this race I was in no doubt that the formula was right. In one of the first press releases I wrote in 1968, and perhaps owing to the impetuous nature of youth, we already gave the race the title ‘a classic.’ This is a title it richly deserves today,” he said.

Ripard Sr., now nearly 90, was equally nostalgic, observing how times have changed in sailing. “When you go off on a race today, you can press a button and know exactly where you are, how fast you are going, what the course is exactly. In those days it was a question of monitoring and logging your move every half an hour or so — your course, your calculated speed. The difference between then and now is astronomical.”

And, surely, it’s a change best tracked by Rolex.

I Am (Now) Titanium

The GMT Sport emerges in a bold, new character.