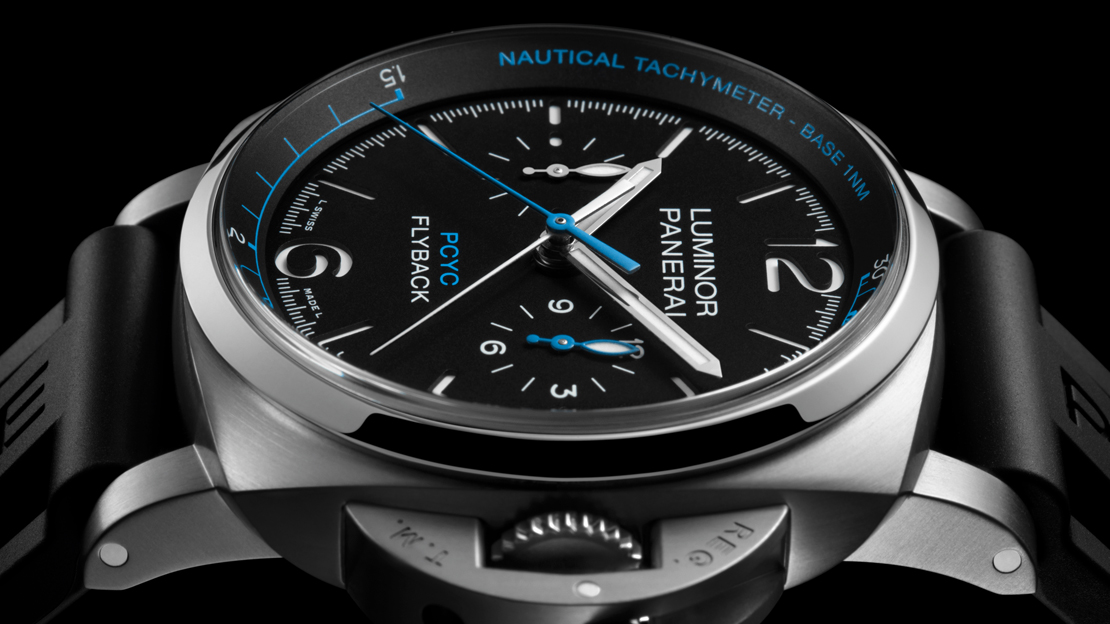 ONE illustrative proof of Officine Panerai’s love affair with classic yachts is its acquisition — and subsequent restoration — of Eilean, a 22-meter Bermudian ketch from 1936, and which was the boat that appeared in Duran Duran’s music video for its 1982 hit Rio. Left abandoned for decades shortly after her starring role, Eilean was rescued by Panerai in 2006. She was brought to the Francesco del Carlo boatyard in Viareggio, Tuscany, where her restoration work, supported by Panerai, began in February 2007. In late 2009, Eilean in her full glory was reintroduced to the waters

Certainly, the Panerai Classic Yachts Challenge (PCYC) is also an unequivocal proof of the watchmaker’s link with such watercrafts. The initiative, recognized in the international circuit as the most popular regattas reserved for classic and vintage yachts, is already on its 15th edition this year. PCYC events are held in places like the Mediterranean, Antibes and New England. And Eilean, by the way, presently serves as the international ambassador for classic sailing.

Furthering this nautical association is Panerai’s launch of its latest Luminor Yachts Challenge, a collection of three new chronograph pieces rendered in titanium, matte black ceramic and 5NPT gold (PAM 764, PAM 788 and PAM 1020, respectively) cases. Identifying the trio as tribute models is a “PCYC” inscription on their dials, as well as the outline of a sailing yacht on their casebacks. In the titanium and ceramic models this image is engraved on the solid casebacks, in the gold version it is printed on the sapphire crystal porthole at the back of the watch.

As Luminors, all three PCYC watches are housed in the same iconic 44-millimeter cases with distinct crown protectors. But one of them is distinguished by the color palette of its dial.

The PAM 764 and PAM 788 both have blue accents on their nautical tachymeter scale (which allows to compute for boat speed), chronograph hands and PCYC inscription. They also have black rubber straps with titanium buckles.

The gold PAM 1020 though differs by getting the same dial elements accented in gold, which are then back-dropped by a sunray-finish blue dial. A blue alligator leather strap with a gold buckle matches the color scheme of the case and dial.

One other notable difference with this gold PCYC Luminor is its water-resistance rating, which comes only to 50 meters — par for the course for gold watches — rather than the 100 meters for the other two models. Also a curiosity in the PAM 1020 is its small second hand, which is the one wearing a color accent. In the two other pieces it’s the chronograph hour counter hand that gets an additional color.

In any case, what is shared among the three — apart from the Luminor case — is the in-house self-winding cal. P.9100. Holding the distinction of being the first automatic chronograph built by Panerai at its Neuchatel manufactory, the cal. P.9100 boasts a proper vertical clutch and a column wheel, plus a flyback function (or the ability to be instantaneously reset to zero even when the chronograph is running, and just as quickly restarted). One thing unusual about this movement is that its central chronograph hand is actually the one counting the minutes, rather than the seconds. This central hand advances from one marker to the next every 60 seconds.

The 37-jewel cal. P.9100 is protected by Incabloc anti-shock, operates at a frequency of 28,800vph and, thanks to a pair of spring barrels, has enough power to last for 72 hours when they’re fully cranked.