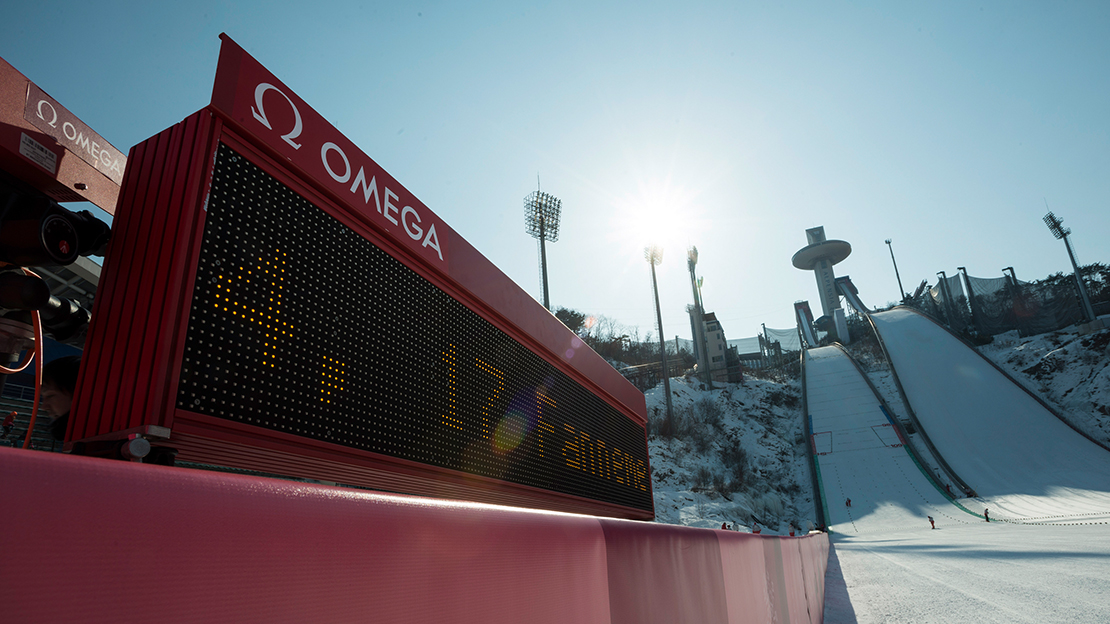 As a dramatic opening ceremony begins, the Olympic Winter Games Beijing 2022 are now underway. Over the next several weeks, OMEGA will fulfil the vital role as Official Timekeeper and record the dreams of the world’s best winter athletes as they compete for glory.

Beijing 2022 marks the 30th occasion since 1932 that OMEGA has taken the title of Official Timekeeper of the Olympic Games. For exactly 90 years, the Swiss watchmaker has been a leading name in sports measurement, continually developing the technologies that every result depends on.

Beijing 2022 is no exception. Along with 300 timekeepers and 200 tonnes of advanced equipment, the company is introducing several new technologies that will enhance the experience for athletes, coaches, judges, and spectators. These technologies will include a new Jump Analysis in Figure Skating, a new False Start Detection System in Speed Skating, and a new In-Game Display in Ice Hockey.

Of course, this is all in conjunction with the other important equipment that OMEGA uses to measure each second, such as photofinish cameras, electronic start pistols, scoreboards, photocells and Snowgate systems.

109 events in 7 different sports will be featured at Beijing 2022. It’s a huge task for the Official Timekeeper to precisely record each one, however OMEGA certainly has the experience and expertise to guarantee success. Perhaps most exciting of all is the debut of Monobob – a dynamic single-person bobsleigh sport that OMEGA has helped to develop since 2011.

In summer 2008, the world witnessed one of history’s most memorable Olympic Games – as the events took place in Beijing. The host city now becomes the first ever to host both summer and winter editions of the Olympic Games. Returning to the city once again, OMEGA is all set for another occasion of epic proportions.