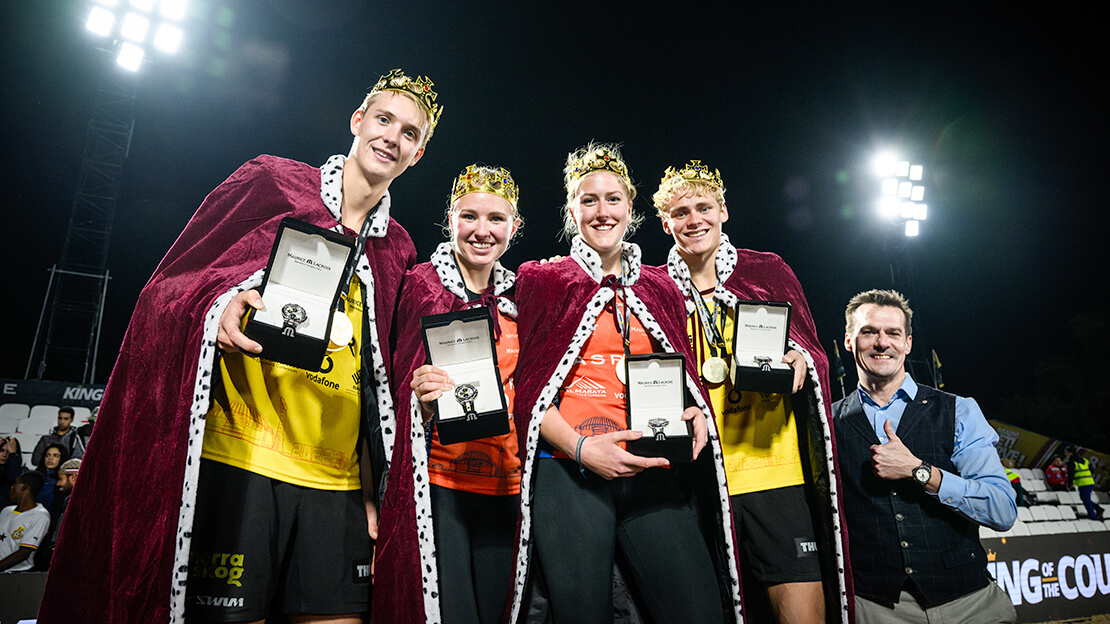 Maurice Lacroix, the ‘Official Timekeeper of King of the Court (KOTC)’, recently travelled to Doha to provide Swiss precision timing for the KOTC Finals. In front of an enthusiastic crowd, David Ahman & Jonatan Hellvig from Sweden and Brecht Piersma & Wies Bekhuis from The Netherlands secured victory. Each victorious volleyball player was presented with an AIKON King of the Court Special Edition, an urban watch that’s no stranger to success.

It’s been a busy year for all participants in the global volleyball King of the Court 2022 Crown Series. The season, comprising four international tournaments, kicked off in Hamburg before moving to Utrecht, Rio de Janeiro and lastly, Doha, where the finals were held. Each tournament was staged in an urban setting, an environment very familiar to Maurice Lacroix and its highly successful watch, the AIKON.

Since it was named ‘Official Timekeeper of King of the Court (KOTC)’ in July 2021, Maurice Lacroix has been on hand to time all matches with notable Swiss precision. This dynamic, energetic sport resonates with Maurice Lacroix. It’s action-packed, allowing spectators to get close to the excitement, witnessing elite athletes engage in adrenaline-fuelled competition, eager to achieve success. This accessibility is an attribute KOTC shares in common with Maurice Lacroix, a luxury brand that is known for making affordable watches imbued with a high perceived value.

Anouk Vergé-Dépré, FOB Maurice Lacroix, and her teammate Menia Bentele finished second. Congratulations to them! Recognising their achievement, Maurice Lacroix presented each winner with an AIKON King of the Court Special Edition watch. Made from lightweight titanium and presented in the corporate colours of KOTC, this high-performance chronograph represents a fitting reward for championship success. Indeed, with Maurice Lacroix, each wearer is a winner both on and off the court!