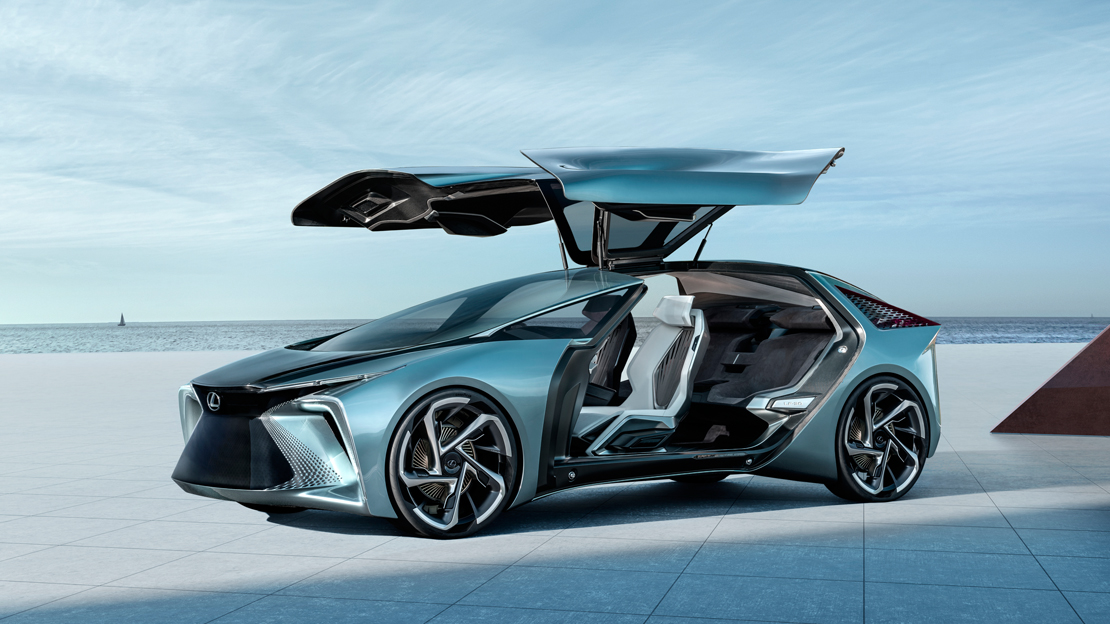 WHAT the original Mini did was set the template for modern cars, which is to say place the chunky mechanical components in front so that space could be freed up for and in the cabin (turning the engine sideways to drive the front wheel definitely helps here). But as the automobile starts its transformation toward full-on electromobility, its shape — and its cabin layout, in particular — is evolving as well because the traditional components around which the sheetmetal takes its form are replaced by things like motors and battery packs. This means some elements of conventional cars simply turn unnecessary in EVs — a radiator grille, for instance. This also means cars are free to morph into forms it simply could not take before, all while increasing the acreage that could be allotted to passenger space.

It’s a point stressed by Lexus as it brings out at the Tokyo Motor Show — which opens to the world press its 2019 edition today — its LF-30 Electrified, a concept car that gives a glimpse of what future Lexus EVs would look like (or until 2030, at least).

All swoopy and rakish, like present Lexus models are, the LF-30 Electrified expectedly flaunts concept car styling — meaning it has flamboyant details which would likely get toned down, if not completely eliminated, as the model transitions to production guise. However, what could make it to showrooms (and which deserves closer inspection) is the concept model’s proportions. The LF-30 Electrified has a short hood and a truncated but relatively tall rear end, with wheels placed at the absolute corners of the vehicle. Being a battery electric vehicle propelled by motors fitted to each of the four wheels allows for this architecture; with no bulky engine and gearbox, space could go instead to the cabin. Adding brand-signature trimmings, like the spindle grille, easily makes the LF-30 Electrified identifiable as a Lexus.

And Lexus goes all-out in designing the LF-30 Electrified’s cabin. The carmaker takes advantage of the available extra space, as well as the exterior panels wrapping over it. For starters, the cabin is accessed by “gullwing” doors (whose chances for production-line survival depend on costs). Then Lexus mixes together a high-tech, sci-fi look with what it calls its new “Tazuna” concept; a horse-and-rider reference that underlines how steering wheel-mounted switches and a head-up display promise to allow the driver to focus on the road even while tinkering on functions like navigation and audio and driving mode selection. Next-generation interfaces like gesture control and AR help here, too.

The front seats are made to look like those found on the pointy end of an airliner. Another gesture-controlled panel is dedicated to the front passenger. Seats in the rear use artificial muscle technology so these mold to the shape of the body resting atop them. These perches can also recline. Clever acoustics, speakers built into the headrests and a noise-cancelling feature make the cabin a mobile listening room. Plus, voice- and gesture-controlled “SkyGate” AR display window can display various information, as well as a realistic star-filled sky, videos and even navigation.

True to a conscientious world, the LF-30 Electrified’s cabin is lined with sustainable materials like charred cedar (used on the floor and steering wheel) and recycled metal (made into fibers and then turned into pleated door trim).

These really are the shapes of the future.