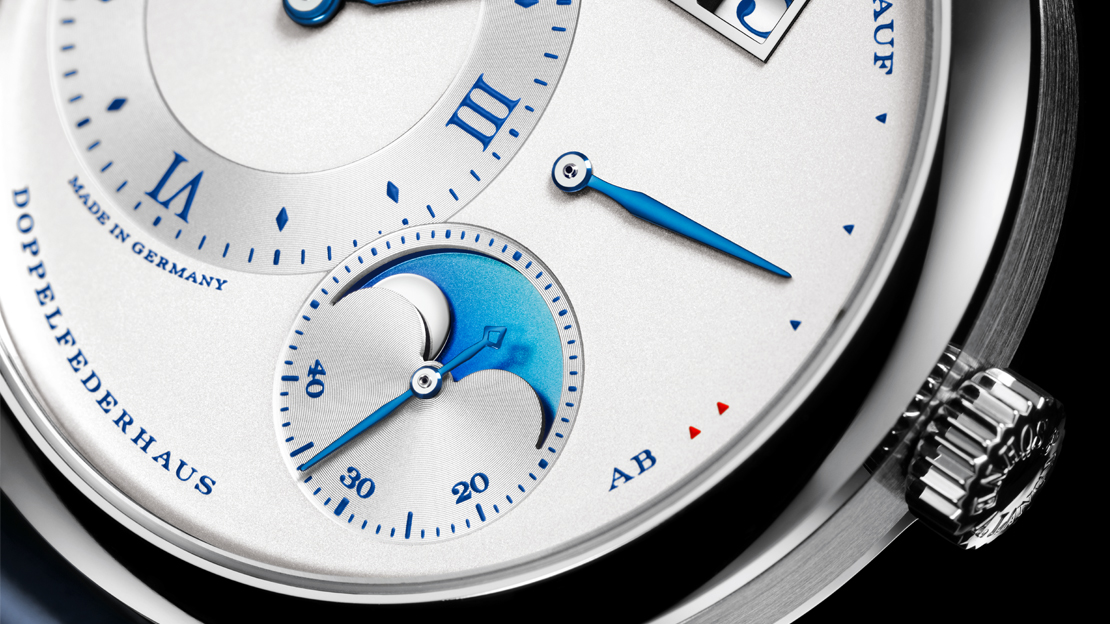 NOW there are six. As A. Lange & Sohne marks the 25th year since its rebirth on October 24, 1994, the watchmaker is paying proper tribute to what turned out to be its most definitive piece — the Lange 1. So, this year, A. Lange & Sohne is presenting a new “25th Anniversary” Lange 1 model every month (well, it skipped June, explaining why there are only six commemorative models to date), lasting until October. The brand plans to introduce the last piece on October 24 so the watch’s signature oversized date will read “25.”

Well, the “25” does not only reference the company’s anniversary, but also recalls the date readout set on all A. Lange & Sohne watches presented during the brand’s re-launch in 1994. The reason behind this is that company executives wanted the watches to reflect the present date when news photos about the launch get published in the next day’s papers.

Anyway. Already introduced in the “25th Anniversary” series were, in order, the Lange 1, Grand Lange 1 Moonphase, Little Lange 1, Lange 1 Tourbillon Perpetual Calendar and Lange 1 Time Zone. The first model launched came in 250 examples, all the four others were limited to only 25 pieces.

As the watch’s name says, a moonphase indicator is the highlight of this piece. This classical display takes over the smaller of the Lange 1’s two subdials, the usual spot for any Lange 1 model that gets an added complication. A clever touch A. Lange & Sohne has assigned to this moonphase disc is it functions as a day/night indicator, too; at daytime the moon is depicted against a bright blue sky, at night it contrasts against a dark blue background, although there are 383 sparkling stars surrounding it.

So it does not only present a more intuitive way to tell if it’s daytime or if it’s now socially acceptable to park yourself at the bar — of course, looking at the window is far more intuitive, unless you happen to be in Svalbard, Norway between April and August — but it also makes setting the watch’s time less prone to mistakes because the chances of having the date switch over at noon is practically nil.

That this moonphase complication is accurate as well only makes it even more appealing. Consider: the image of the moon here, rendered in white gold, performs its synodic orbit in 29 days, 12 hours, 44 minutes and three seconds. A. Lange & Sohne has made it so precise that it would take 122 years and six months before this moonphase display needs to be corrected. By one measly day, at that.

As in all five previous “25th Anniversary” pieces, the commemorative Lange 1 Moonphase adopts a silvery and blue palette. The dial is argenté-colored. The hands are thermally blued. All the inscriptions are in blue, too. The moonphase disc is in graduations of blue tones. A blue alligator leather strap with a white-gold prong buckle secures the 38.5-millimeter white-gold case to the wrist. Oh, yes, this piece is so stunning yet so subtle.

Within this case, visible through a sapphire crystal caseback, is A. Lange & Sohne’s handwound cal. L121.3, which is based on the cal. L121.1 meant for some of the brand’s simpler models. In this instance the movement receives 70 additional parts for the moonphase/day/night indicator, all of which so thoughtfully integrated that the extra components added a mere 0.4 millimeters to the height of the movement.

As a tweaked cal. L121.1, the cal. L121.3 is fitted with a pair of mainspring barrels which allows a power reserve of 72 hours, a power reserve meter (it’s indicated by the large hand, about the size of the minute hand, at the right side of the dial), and a jumping outsized date display — a Lange 1 visual code. The 47-jewel movement’s escapement consists of a cam-poised balance and a freely oscillating A. Lange & Sohne balance spring. It spins at 21,600vph.

Like the rest of the “25th Anniversary” collection, adorning the balance cock of the Lange 1 Moonphase’s movement is a blue engraving of “25,” the font used for which mimics the brand-signature outsized date display. No, this touch does not need the next day’s papers to declare it as awesome.