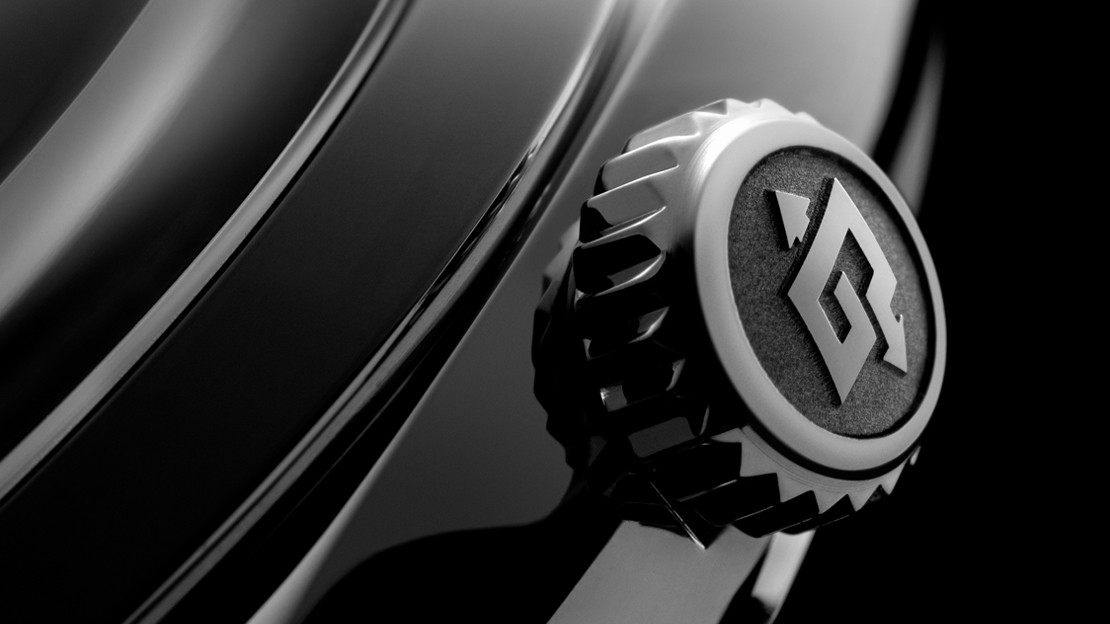 Named Edizione Verde Militare, or the less exotic-sounding Military Green Edition, these four new Panerai boutique-exclusive watches are marked by matte green dials perpetuating Panerai’s never-tiring pitch on its distant past. The green dials, as well as the Radiomir signature cushion case (with solid lugs and no crown guards) and domed sapphire crystal covers, unite what are actually disparate watches; these differ in case sizes and material, functions and movements. So while garbed in the same outfit, each one of the four is also unique, serving a distinct branch in the uniformed service.

Three (PAM995, PAM998, PAM999) have 45-millimeter steel cases, one (PAM997) comes in black sandblasted ceramic 48 millimeters’ across. The steel models are self-winding, the ceramic is manually wound. Two of the steel models are GMTs, one of which has a power reserve display on the dial. The straps are the same for the two steel models.

All four, though, are supplied with fabric straps as part of a set packaged in a satin-finish green cherry wood presentation box. All watches are also water-resistant to 100 meters.

Let’s take a closer look at the models one by one:

PAM995
This is the simplest piece among the quartet, its only décor, if it can be called that at all, is a discreet small second subdial at 9 o’clock. Matching its green sandwich dial are SuperLuminova-coated beige hands and hour markers that glow green in the dark. On the side of the watch’s 45-millimeter case is a crown decorated with the OP logo.

Visible through a sapphire crystal caseback is the in-house cal. P.4000, Panerai’s thinnest automatic ticker at only 3.95 millimeters high, due partly to an off-centered, bi-directional micro rotor. It has 31 jewels and spins at 28,800vph. Its 72-hour power reserve comes from a pair of mainsprings. It is also fitted with a balance wheel made from Glucydor and has an anti-shock component.

PAM998
This is one of the two GMTs in the Edizione Verde Militare. So while housed in the same 45-millimter steel case as the PAM995, its dial sprouts two other hands — one for the GMT readout and a tiny, triangular one on a subdial at 9 o’clock (which doubles as the small second display) to indicate a.m. or p.m.  A date window also appears at 3 o’clock.

All the furniture over the green sandwich dial are lavished with SuperLuminova coating as well.

A crown decorated with the OP logo winds the in-house cal. P.4001, a self-winding movement based on the P.4000, but which adds the GMT complication, a.m/p.m. indicator, date wheel and a power reserve meter, located at the back, to its CV. Otherwise, all the components — and resulting performance — of the P.4000 are identical. The GMT function, incidentally, added just a hair over a millimeter to the base movement, so the P.4001 is still only 5.04 millimeters’ thick.

The movement is also visible through a sapphire crystal caseback.

PAM999
Though the PAM998 is also fitted with a power reserve meter, the PAM999 gets the Radiomir GMT Power Reserve tag simply because this indicator has moved to the dial rather than staying discreetly at the back.

So adding to the five hands and date window — all in beige luminescence that glow green — in the PAM999 is a power reserve meter near 4 o’clock and 5 o’clock. The dial retains its sandwich layering, the crown still flaunts an OP logo.

PAM997
Easily distinguishing the PAM997 from the rest of the Edizione Verde Militare squad is its 48-millimeter-wide black ceramic case, even if its dial arrangement is a scaled-up version of the PAM995’s. The green sandwich dial has SuperLuminova-coated beige hands and hour markers that glow green, and a small second subdial at 9 o’clock. An OP logo also adorns the crown.

Beneath the surface is a markedly different movement — the in-house, handwound cal. P.3000. At 16.5 lignes, this is a huge movement, harking back to the vintage tickers Panerai had historically used. Even the movement’s structure is easily recognizable as such; a huge bridge, placed near a smaller one, dominates the mechanical landscape.

Despite the vintage-y aesthetics though, the 21-jewel cal. P.3000 is quite capable, also packing 72 hours of power reserve courtesy of two mainspring barrels, and has a Glucydor balance wheel and Incabloc shock protection, too. It operates at 21,600vph. So, seriously cool, this.