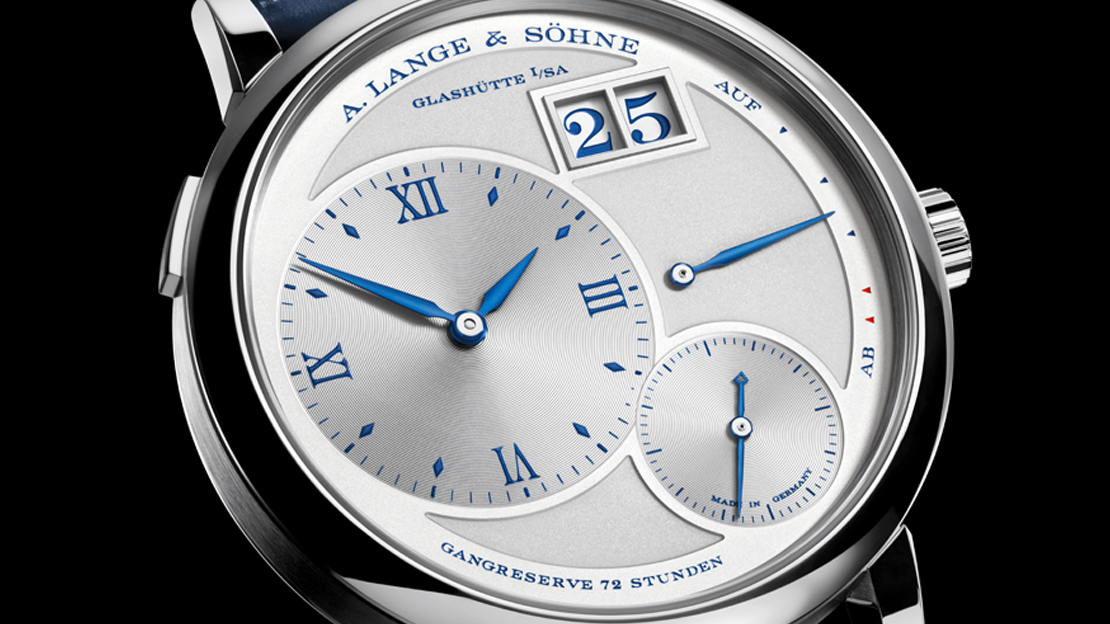 THE seventh piece in A. Lange & Söhne’s “25th Anniversary” series has arrived in the form of a special Grand Lange 1 limited to only 25 examples.

The watchmaker is marking the 25th year since it was reborn — this happened on October 24, 1994. To celebrate, it is paying proper tribute to the Lange 1, which has turned out to be its most definitive piece. And so A. Lange & Söhne is presenting a new “25th Anniversary” Lange 1 model every month, lasting until October. The last special model is set to come on October 24, with the watch’s signature oversized date display to read “25.” The touch is a nod to the date readout set on all A. Lange & Sohne watches presented during the brand’s 1994 re-launch. The reason behind this is that company executives wanted the watches to reflect the present date when news photos about the launch event appear in the next day’s papers.

This year A. Lange & Söhne has already rolled out the “25th Anniversary” (in order) Lange 1, Grand Lange 1 Moonphase, Little Lange 1, Lange 1 Tourbillon Perpetual Calendar, Lange 1 Time Zone and Lange 1 Moonphase. The first model launched came in 250 examples, all the rest were limited to only 25 pieces. The watchmaker somehow skipped June, but has now made up for it by bringing out the special Grand Lange 1 — its second release this July.

Differentiating the Grand Lange 1 from the Lange 1 are their case sizes; the former is larger by 2.5 millimeters (meaning its case measures 41 millimeters across). But A. Lange & Söhne being what it is — detail-obsessive — the brand did not merely blow up the case then have been done with it. What it did instead is proportionally enlarge the watch’s hour and minute subdial, the small second register and the power reserve indicator. This, however, was a move not as simple as it sounds.

Because apparently the larger size called for the Grand Lange 1’s hand arbors to be shifted nearer the dial’s edge. And so while the Lange 1 is ticked by the in-house cal. L121.1, the Grand Lange 1 is powered by the L095.1, which at 34.2 millimeters in diameter is a full 3.5 millimeters bigger than the Lange 1’s movement. Significantly, though, the larger dimensions of the L095.1 allowed it to retain the 72-hour power reserve of the L121.1 even if it only has a single mainspring barrel (the L121.1 has two). Incidentally, both movements are hand-winders and spin at 21,600vph.

As an A. Lange & Söhne movement, the cal. L095.1 is finished by hand, and lushly, at that. It has 42 jewels, seven of which can be seen seated in gold chatons secured with blued screws. The screw balance and balance spring is suspended from a balance cock which, like in the rest of the “25th Anniversary” collection, is adorned by a blue engraving that includes a “25”— the font used for this mimics the brand-signature outsized date display.

Marking out the Grand Lange 1 “25th Anniversary” is a white-gold case containing an argenté-colored dial with thermally blued hands and all-blue inscriptions. A blue alligator leather strap with a white-gold prong buckle secures the watch to the wrist. Actually, this silver-and-blue look is the theme of the jubilee Lange 1 pieces, all of which stunning.