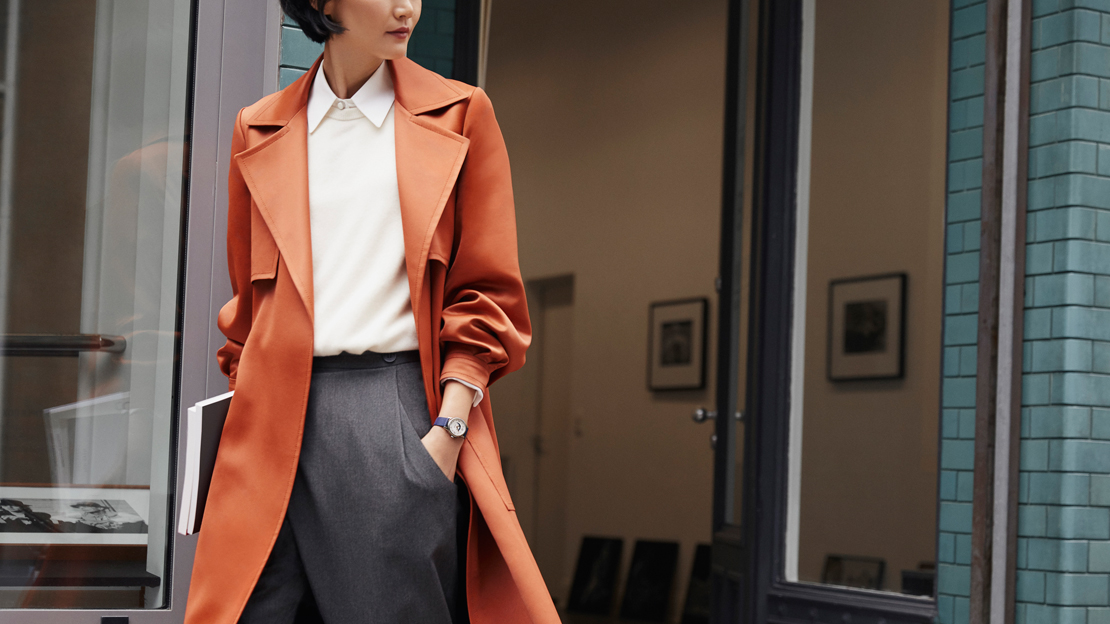 WITH the 1858 Collection currently the toast of the (horology) town, it becomes easy to overlook Montblanc’s other timepieces — its Summit 2 Smartwatch alone, though as dialectically opposed as it may be to the 1858 models — offers its own take on functionality that’s worth looking into.

And maybe just as easy to miss are Montblanc’s ladies’ watches, which within the maison falls under the Star Legacy and the Bohème lines. Early this year Montblanc announced some new pieces are joining the Bohème collection. Three of these latest “feminine expressions” are now out.

Leading the trio is the Bohème Manufacture Perpetual Calendar which, as its name so clearly and proudly states, flaunts a new, in-house perpetual calendar movement — the cal. MB 29.22.

All right, the term “in-house” here is applied just a little more liberally than usual. Because while the cal. MB 29.22 is without question Montblanc’s, it is actually made by the Manufacture Horlogère ValFleurier, a company acquired by the Richemont Group in the mid-2000s. Montblanc, of course, belongs in the Richemont Group.

But, a bit of a backstory: The deal that let ValFleurier into the watch group juggernaut stretches back to the early 1990s when the then-newly formed Richemont Group was on a mission to verticalize its watchmaking processes. At the time, its operations revolved around Cartier, but the arrival of new brands within the family presented new challenges. ValFleurier’s inclusion in the group partly helped the storied brands bought by Richemont to develop — or continue honing — their expertise at making mechanical movements. Remember, the watch industry at the time was just recovering from the Quartz Crisis.

Though a new movement, ValFleurier in making the cal. MB 29.22 turned to Cartier’s cal. 1904-PS MC (released in 2010) to use as a base — it then added the perpetual calendar and moonphase complications to the Cartier ticker. This means the cal. MB 29.22 is “in-house” in the sense that it was cooked up by ValFleurier for Montblanc and Montblanc alone, while taking its bones from the same family kitchen.

That Montblanc has access to the famed Fabrique d’Horlogerie Minerva, which was integrated into Montblanc following Richemont’s acquisition of Minerva around 2007, simply gives Montblanc what could well be an unprecedented access in so short a time to some quite talented chefs.

Anyway. The self-winding cal. MB 29.22, first seen in the Montblanc Heritage Manufacture Perpetual Calendar men’s piece released in January, took three years to develop. It oscillates at 28,800vph, packs a 48-hour power reserve, and its perpetual calendar mechanism relies solely on wheels, rather than on levers, as most such complications use. What this allows for is that the crown can be wound in either direction when adjusting the time. Of course, this can be done in most mechanical watches, but only if you do not mind breaking them in the process.

An added safety feature in the movement also lets setting the watch between 8 p.m. and 12 p.m. possible without damaging it. This is something not possible in a number of similar watches; simply, the movement’s correctors are locked during those hours.

On the dial of the Bohème Perpetual Calendar are the displays for the month and leap year (3 o’clock subdial), date and moonphase (6 o’clock) and the day and 24-hour scale with day/night indicator (9 o’clock). These all add to the basic hour, minute and second counters. So, yes, this is one serious watch.

Having said that, the Bohème Perpetual Calendar remains dazzling. It has a silver-white dial with a guilloche pattern in the center. Its 38-millimeter-wide case can come in either 18-karat red gold or steel. If red gold is chosen, the hands come in red gold plating, too (the steel gets red gold accents as well). But regardless of which case material is chosen, 58 diamonds line the watch’s bezel.

Incidentally, the gold version is limited to 100 pieces.

Joining the Bohème Perpetual Calendar are the Bohème Full Calendar and the Bohème Day/Night models, with the latter coming in four variants. The Full Calendar comes in a 36-millimeter-wide steel case. Its full calendar complication displays the month readout at 12 o’clock, the moonphase at 6 o’clock and the date on the periphery of the dial, indicated by a pointer hand. It also wears a silver-white guilloche dial, on top of which are red-gold-coated furniture and eight Top Wesselton diamonds.

Beneath the Bohème Full Calendar beats Montblanc’s cal. 29.17, a 29-jewel self-winding movement that spins at 28,800vph and stores power good for around 42 hours.

Two Bohème Day/Night pieces are available in a 30-millimeter-wide steel cases, two come draped in 34-millimeter-wide cases, also steel. One each of the different case sizes is paired with a steel bracelet. No matter the choice, defining their dials is a fancy sliver of an aperture. This is the day/night indicator; at daytime the sky depicted on the disc peeking beneath the aperture is in light blue with a golden sun, during the night this disc turns into a dark blue sky adorned with the moon and the stars. Their dials are silver-white guilloche with red-gold-plated furniture as well.

Ladies, you are spoiled for choices.