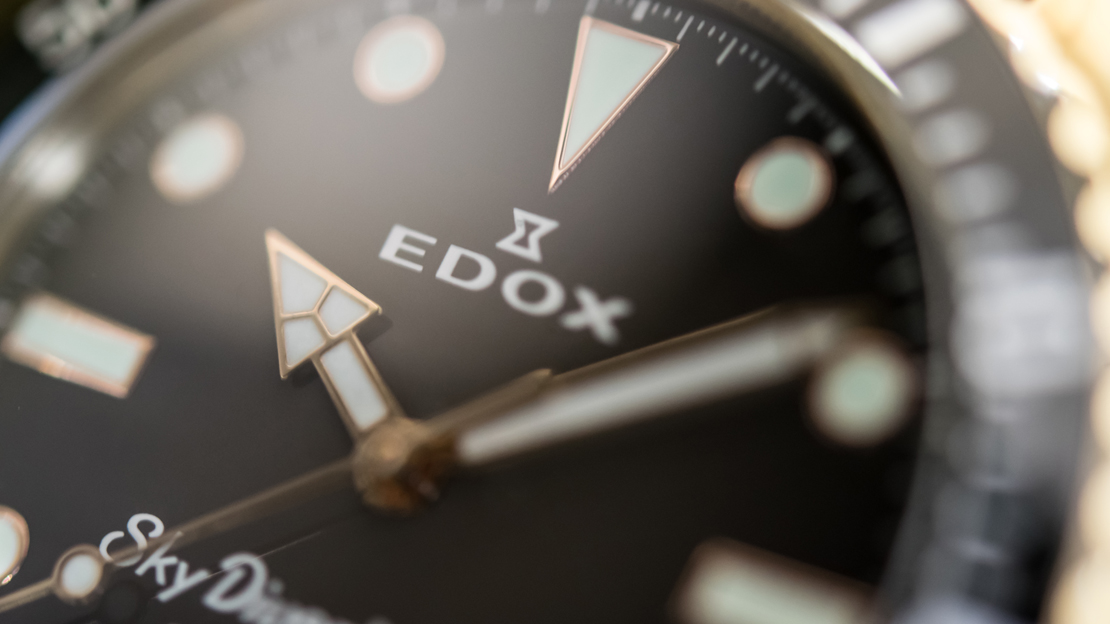 What started out as a curious pursuit of a mysterious drawing found in the factory archives culminated in this 300-meter water resistant automatic three-hand watch that pays tribute to EDOX’s 135-year history  and for collectors of military watches.

It all started with the recovery of a sketch of a long-forgotten timepiece dating back to 1973. It was undocumented and only had “SkyDiver: 1973. Special production in strictly limited edition.” Eventually, the search for answers led to a retired EDOX watchmaker who was able to shed some light on the origin of this lost sketch. He recounted that this might very well have been the rumored watch ordered by a wealthy Swiss Colonel who wanted a rugged and dependable watch to be issued to elite paratroopers under his command at the time. The project was to be covered in secrecy which eventually led to it being buried in archival files had it not been accidentally found.

Inspired by this sketch, EDOX is releasing a new SkyDiver Military presented in a bronze case with a new scratch resistant ceramic bezel to match its 300-meter water resistance rating. Inside beats the automatic Calibre 80 movement powering a three-handed movement. Going back to the bronze case, it is protected by a special anti-fingerprint nano coat and will develop a patina as unique as the 555 individuals who have the chance to own one of these timepieces. Adorning the caseback is a parachute-motiff engraving saluting the elite brotherhood of paratroopers.

We’ll have more on this in the next issue of Calibre magazine.