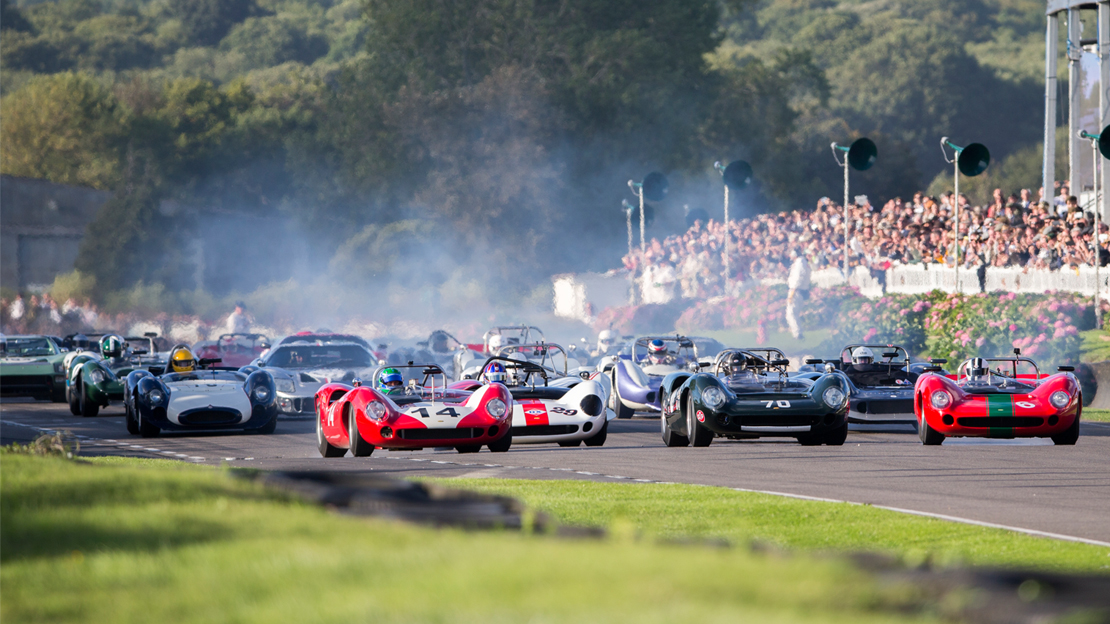 The 2018 Goodwood Revival Meeting held on the second weekend of September marked the event’s 20th year. Little wonder that over the three days over which it was celebrated, it saw an estimated 150,000 guests. These included racing legends and other luminaries, as well as motoring enthusiasts, many of whom—as Goodwood Revival tradition has dictated—came dressed head-to-toe in vintage clothing that revived the fashion of the 1940s up to the 1960s.

As such, the elegance and style of a bygone era were rekindled around the grounds of the Goodwood Estate, with the exquisite best-dressed parades, and the attractions at Revival High Street, Earl’s Court Motor Show and Richmond Lawn transporting visitors to another time. As usual, the prestigious Rolex Drivers’ Club—of which the Crown brand has been the title sponsor since 2004—also supplied ample doses of nostalgic flavor.

Certainly, there were races, too; exactly 15 were contested over the weekend. Pre-1968 Formula 1 machines, saloons, assorted prototypes, and sports and Formula Junior cars took to the 3.809-kilometer track to thrill the fans. Racing commenced on Friday evening with the much-anticipated Kinrara Trophy, which did not disappoint as a field of pre-1963 closed-cockpit GT cars from legendary manufacturers battled it out in a wondrous exhibition of wheel-to-wheel jostling. After a full hour of action, it was the No.16 1961 Ferrari 250 GT SWB—the “Breadvan—driven by Niklas Halusa and five-time 24 Hours of Le Mans winner Emanuele Pirro that took the checkered flag.

Other highlights of the weekend were the St. Mary’s Trophy, which saw an all-star lineup that included Andre Lotterer, Jochen Mass and Mike Conway; the Barry Sheene Memorial Trophy in which 30 pre-1954 motorcycles raced; and the parade, held every morning, of iconic British commercial vehicles that counted in several 1950s Austin FX3 Taxis London black cabs. Warplanes also thundered above as part of the Freddie March Spirit of Aviation exhibit, which featured one of the most extensive gatherings of vintage Royal Air Force aircrafts to honor the outfit’s centenary year.

And then there were the Rob Walker and Dan Gurney tributes. In both, no less than three-time Formula One champion—and Rolex Testimonee—Sir Jackie Stewart drove the fabulous 1957 Cooper T43, 1966 Eagle-Weslake T1G and 1960 Ferrari 250 GT SWB/C in paying respects to the men. “It was an absolute privilege to have the opportunity to drive around this magical circuit once again, especially in memory of motoring legends,” Stewart said afterwards.

Reflecting on the event’s milestone, Stewart, a racing legend himself, continued; “Seeing Goodwood Revival celebrate its 20th anniversary has been particularly nostalgic. The Duke of Richmond has established an extraordinarily unique and successful event, honoring the heritage of our sport and the beautiful cars that time will never forget. As I mark my 50th year as part of the Rolex family, it is a pleasure to be here and to enjoy the special environment of the Rolex Drivers’ Club—which feels like a second home to me.”

Clearly, Stewart’s—as well as all the other legends’—demonstrations of passion behind the wheel and appreciation for the past are what unite Rolex and the Goodwood Revival. Cheers, mate.