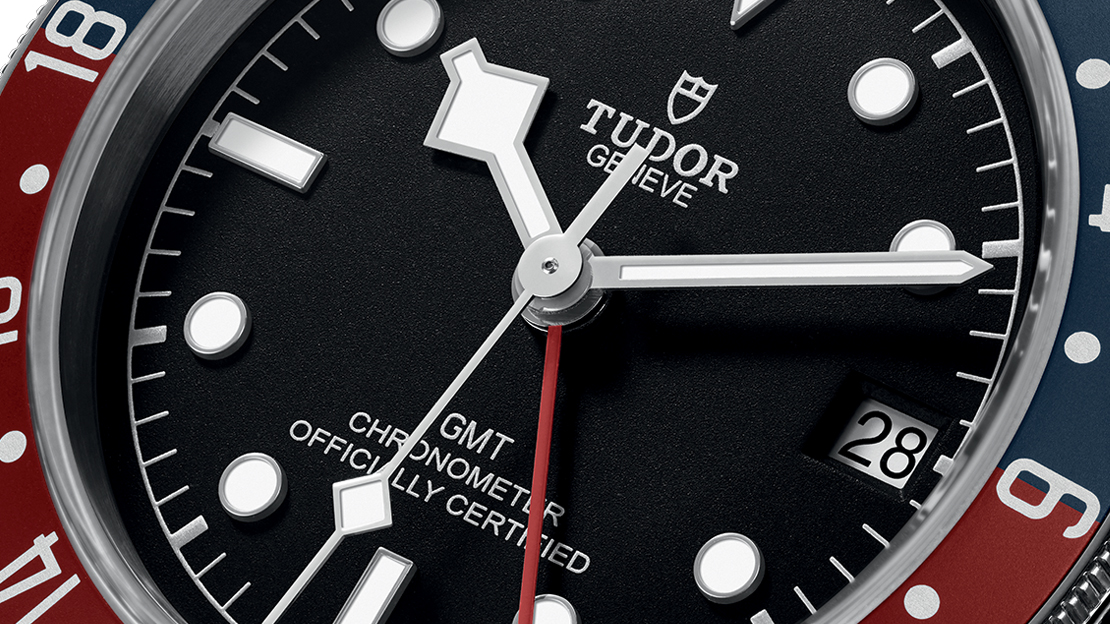 It is turning out as some sort of a tradition for the brand. In 2013, the first year it participated in the prestigious Grand Prix d’Horlogerie de Geneve (GPHG), Tudor promptly clinched the awards’ Revival prize for its Black Bay line. While coming up empty the following year, Tudor made up for this in 2015 as its Pelagos technical diving watch took the Sports Watch prize. Then in 2016 and 2017 the watchmaker secured the “Petite Aiguille” awards for its Black Bay Bronze and Black Bay Chrono, respectively.

For the 2018 GPHG, Tudor finds itself in a strong position to win again with the nomination of the Black Bay GMT—a Baselworld 2018 sensation—in the awards’ Challenge prize. The new Challenge category is dedicated to watches priced below CHF4,000.

At this price the Black Bay GMT packs a lot of watch-making goodies, chief among which is its ability to track more than just a single time zone. It also uses an in-house movement, Tudor’s MT5652, a 26-jewel calibre that struts—besides an integrated GMT function—a silicon balance spring, a 70-hour power reserve, a jumping-hours mechanism, an open-work rotor, and plenty of satin and polished surfaces. Plus, it’s a COSC-certified chronometer.

Housing the movement is a 41-millimeter steel case that’s water-resistant to 200 meters, thanks in large part to a screw-down crown, a solid caseback and a domed sapphire crystal.

Certainly, aesthetic touches are among the watch’s appeal, too. Drawing heavily from Tudor’s historical design codes, the Black Bay GMT is adorned by round indices, the brand-signature snowflake hands (the GMT hand comes in red), and a bi-directional rotating bezel for the 24-hour scale, which is colored in iconic matte burgundy and blue.

The Black Bay GMT is lined up against five other formidable watches in GPHG’s Challenge category, and is among the 72 watches selected by a panel of jurors to vie for honors in 12 categories. The watches will be featured in a series of exhibitions, starting in Venice on September 28, then in Hong Kong on October 10 and 11, and in Singapore from October 17 to 21 before returning to Geneva. The winning watches will be announced on November 9 at the 18th GPHG prize-giving ceremony that is set to be held at the Theatre du Leman in Geneva.