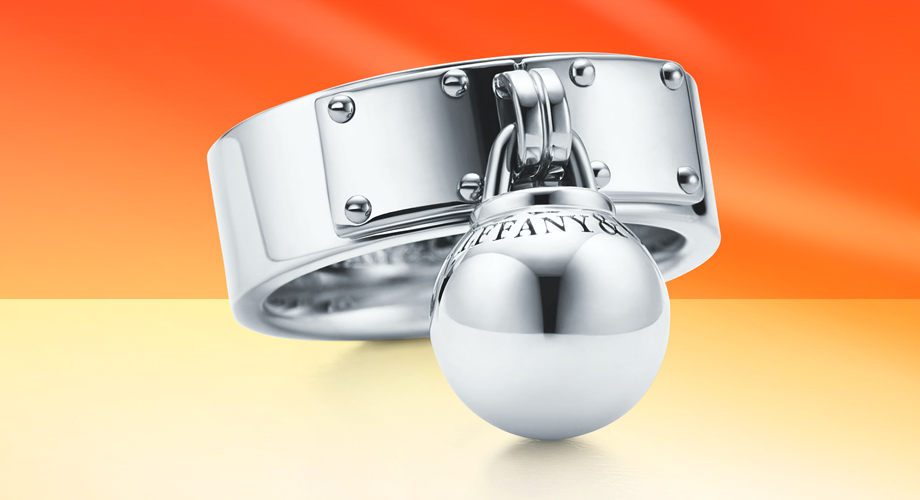 Tiffany & Co. is a name immediately associated with beauty and elegance. The sight of their iconic blue box with a pristine white ribbon makes a girl’s heart skip a beat as she holds her breath until the treasure inside that pretty little box is revealed. A trip to New York City isn’t complete without a walk down Fifth Avenue and a stop at Tiffany & Co.’s flagship store. The only souvenir worth bringing home from a trip to the Big Apple is that precious blue box.

Since their beginning in 1837, they have defined style and luxury. Charles Lewis Tiffany, founder and creative mastermind, always sought out the best and most beautiful diamonds in the world. His fancy goods store became an emporium, and soon everyone who was anyone would venture there to fulfill the desires of luxury. Mr. Tiffany bought one of the largest fancy yellow diamonds and named it the Tiffany Diamond. It is now on permanent display at the Fifth Avenue flagship. He also bought the French crown jewels, a move that earned him the moniker The King of Diamonds.

Tiffany & Co. did not stop with diamonds though, as they also searched far and wide for other dazzling gems. They introduced kunzite in 1902, a stone named for gemologist George Kunz. The gemstone color ranges from pink to violet. Being friends with a gemologist has certain perks – they can name a gem after you. George Kunz, perhaps having already had a gem named after himself, proposed that the discovery of the rose beryl gem be named after his friend, JP Morgan. Thus was born the morganite gemstone. Friendship aside, Mr. Morgan was a staunch supporter of the arts and sciences and had amassed an impressive collection of gems. No surprise, of course, that Tiffany & Co. helped him assemble his collection. In 1967, Tiffany & Co. presented us with tanzanite, a gorgeous blue gemstone found in and named for Tanzania. In 1974, Tiffany & Co. presented us with another gemstone, tsavorite, this time in elegant green.

Tiffany & Co. tirelessly creates beautiful pieces, whether with diamonds or other gemstones. Each piece is exquisitely designed and executed to bring out the best of the gem. But Tiffany & Co. does not rest on its laurels, or in this case, on its gems.

Tiffany & Co. proudly announces a new jewelry collection – Tiffany HardWear. The collection draws inspiration from the very city where it began – New York City, the Big Apple, the City That Never Sleeps. Whatever you call it, you know it has energy and spirit unlike any other place on the planet. A walk in New York will stimulate your senses – the visuals will overwhelm you, from the classic sophistication to the urban street style. As they say in their press kit, ‘where the modern rebel mixes high fashion with street style.’

The collection draws its initial form from a 1971 unisex bracelet, but the modern iteration reveals itself in many forms of jewelry. There are rings and earrings, necklaces and pendants. Whatever your fancy, Tiffany HardWear has something for you. Imaginative and innovative as the Tiffany & Co. craftsmen are, for the HardWear collection, they have chosen to focus on metal as means of their creative expression. The metal-intensive pieces echo the industrialism of the city. Styles are offered in sterling silver, 18k yellow gold, and 18k rose gold – and all of them are equally stunning. The gauge links evoke timelessness and functionality. Tiffany HardWear is elegantly subversive. It is style and class without the pomp and circumstance of gemstones. Make no mistake – the lack of gemstones does not mean a lack of luxury. If anything, the emphasis on the precious metals is inspiring.

The HardWear collections allow you to make a statement without relying on sparkle. The most symbolic piece in this collection, as far as I’m concerned, is the Tiffany HardWear ball dangle ring in sterling silver. A simple solid band embellished with a dual panel and a ball with the Tiffany & Co. name engraved on it. It speaks of luxury yet strength, and you could wear it anywhere, any time.

There are bracelets and necklaces that might catch your eye too, the Tiffany HardWear chain wrap bracelet and chain wrap necklace each have a ball and a lock dangling from their links.

“A simple solid band embellished with a dual panel and a ball with the Tiffany & Co. name engraved on it. It speaks of luxury yet strength, and you could wear it anywhere, any time.”

The modern woman has the luxury of choice from amongst all that Tiffany & Co. has to offer. She can choose from the traditional collections featuring diamonds, the playful collections featuring various colored gemstones, or the most recent collection featuring metals. A woman has many facets to her personality, and I wouldn’t be surprised for many women to have pieces from each collection to suit her attitude for day. Clean lines, precious metals, all wrapped up in the beautiful blue box and tied with white ribbon – this is the stuff of the modern girl’s dream.

Bulgari Eden The Garden of Wonders