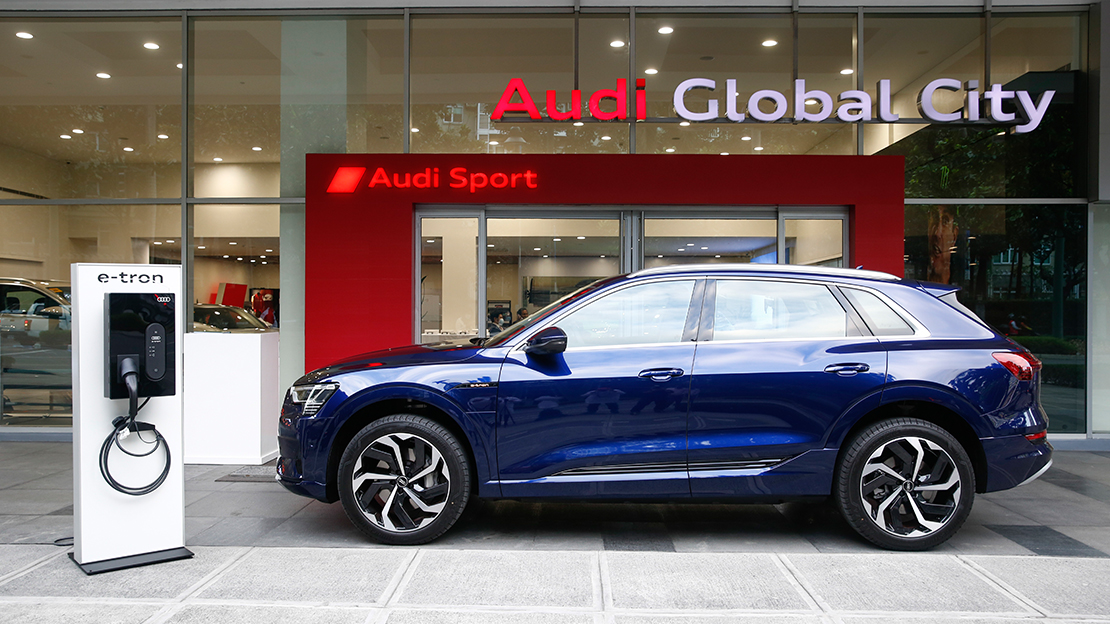 Audi has explained it.

The Audi e-tron SUV, recently launched by Audi Philippines, isn’t all about gobs of power and acceleration, but it does draw from those advantages.

It isn’t about hyper-miler daily commutes that many think electric will provide cleanly, but it draws from those technologies as well.

It isn’t about in-your-face futuristic design, though, again, it draws from generations of expertise on aesthetics that combines history and forward-thinking to create increased heart rates in those that sit behind the wheel and take a corner quicker than they usually would.

So, everything is in service to the proper experience. And that experience is, to possibly mix metaphors, either at the top of the game or next level.

The Audi e-tron SUV looks pure Audi. It doesn’t try to communicate its connection to the future with too much swoopiness or edginess. Rather, it brings the familiarity of the Audi SUV line that many have come to know and love. Nothing screams electric. Actually, nothing really screams. That’s not what buyers at this level really want.

Internally, it is comfortably Audi. It reminds you that the brand has been at the forefront of intelligent interior design that combines forward thinking with technological ability and great tactile feel. No up-to-down screen on the center console, no left-to-right screen on the dash. Everything you need and want is all there of course, but it just isn’t overly… screeny.

Again, internally the designers and engineers have taken advantage of having no big engine or axle space needed. The SUV is surprisingly roomy in the rear, surprising given that externally the car doesn’t look massive. With the adjustable suspension set low via different available mode selections, the car looks deceptively sleek and tight. It is tight in handling but not in space.

How does it drive? How does this two and a half ton SUV drive? Think big Audi SUVs, but even smoother. Power comes on very quickly and very smoothly, but not necessarily neck-snappingly. The two electric motors are even more non-intrusive than you would expect from electrics vs internal combustion. The whine you are expecting isn’t really there. The smooth delivery though is.

What I was looking for though was handling, and I found it. Not in the R8 type of way of course, but in the stability at speed while changing lanes fast way. While accelerating hard from speed, we made sharp steering inputs, yet the body stayed stable and didn’t do anything untoward. The car does have the full air suspension system, which is what accounts for this. Audi’s suspensions have always been excellent, if sometimes rather complicated, and their air suspensions made things more flexible than ever. With the combination of better computing power for suspension, quicker response for throttle input and sharper steering, we are looking at what may well be the pinnacle of large SUV balance for those that demand that their cars be as mature and balanced as they have become. While still being able to induce a smile and some wheelspin.

On the buyer-question side, the e-tron SUV comes with two chargers, one that will be mounted in your chosen location (home, office, car stable) and another in a bag that can sit in your trunk or rear compartment. How well a full electric vehicle can fit into your daily use situation remains to be seen by the individual end buyer. For people looking at a car like the e-tron SUV, where you don’t necessarily have the demands and concerns of buyers of lower-priced electrics, I don’t really foresee issues that aren’t already being addressed by strategic placement of chargers in all the right places. But yes, this is still a forward-thinking technology for most. Adopt it if it is for you.

So who is the adopter? Who is the Audi e-tron SUV for? It is for someone wants a lot of space but doesn’t need a third row. It is for someone who wants the comfort, but doesn’t want to fall short of certain (high) levels of handling and dynamics abilities. It is for someone who doesn’t look to electrics because they are electrics, but for what can really be offered for their daily or weekend use. For many, this won’t be the car for them. For those that understand their world and know what they should really expect, it may well be just the right tool for the job. The very quick, comfortable, quiet, smooth tool.