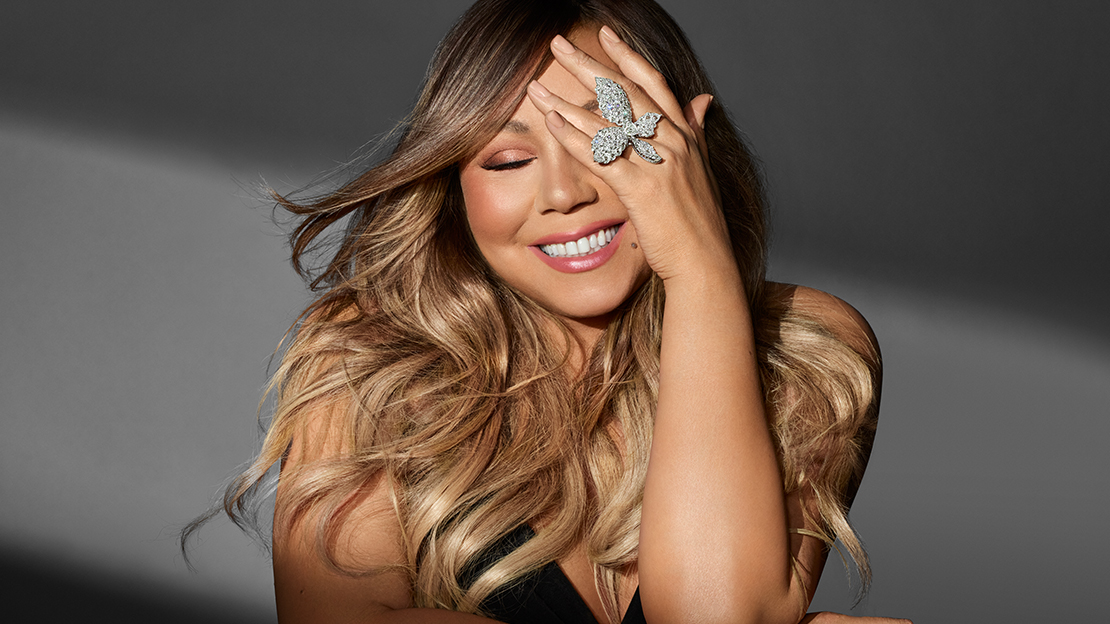 A butterfly whose unpredictable flight carries the creative force of a true music queen. To give life to a many-splendored Haute Joaillerie collection, Mariah Carey turned to Chopard and its Co-President and Artistic Director, Caroline Scheufele. This is a natural extension of the creative universe of a singer who has become one of the most famous voices in the world over the decades. A symbol of metamorphosis, the butterfly is the dazzling emblem of the energy that has borne Mariah Carey to unprecedented longevity. The butterfly is also a style icon for Chopard, conveying renewed aspirations and a free-spirited approach to life. Mariah Carey offers a stunning interpretation of the butterfly in this entirely diamond-paved jewellery set consisting of a necklace, a pair of earrings and a ring in Fairmined-certified ethical gold. A butterfly featuring majestic proportions and sensual curves while conveying an ethical message.

An encounter between two women
In a magical calendar twist, the collaboration between Chopard and Mariah Carey was born at Christmas. In December 2020, the ‘songbird supreme’ received the book presenting the treasures of the Red Carpet Collection, an array of Haute Joaillerie creations presented at the Cannes Film Festival from Chopard Co-President and Artistic Director Caroline Scheufele. Wishing to honour her diamond disc that she was about to receive for her All I want for Christmas is you song that has become a musical legend, Mariah Carey was immediately won over by the flamboyant glamour of the Maison’s creations, as well as by its ethical values. The resonance with her own world seemed so natural that she suggested a collaboration to Caroline Scheufele that would involve bringing to life diamond-studded Haute Joaillerie creations straight out of her imagination.

Jewellery creativity nurtured by the imagination of a music icon
A pair of asymmetrical earrings featuring wings framing the face that seem to whisper to the wearer the famous whistle notes characterising the unique range of Mariah Carey. A necklace with a heart sculpting exactly the place on the torso from which the voice takes its tone. A ring that accompanies the language of hands, like a stage gesture accompanying the nuances of a musical score. All the energy and sensitivity of the R&B star combined in an Haute Joaillerie set co-signed by Caroline Scheufele and Mariah Carey. Thanks to the expertise of the Maison’s workshops, the voluptuousness of the butterfly’s wings in Fairmined-certified ethical 18-carat white gold is accentuated by the sparkling light of the diamonds, whose differences in size create an extraordinarily rich paved texture. Its asymmetrical wings surround a diamond heart that seems to impart its lively motion to them. Around the neck and as an ear pendant beneath one of the butterfly’s wings flows a river of round-cut and heart-shaped diamonds, like the sparkling drops of a waterfall, giving exquisite freshness to this set.

The talisman butterfly
Butterfly was the name of the album that proved a real turning point in Mariah Carey’s career and life. Released in 1997, the opus was full of new musical inspirations and helped evolve towards R&B and hip-hop. It was also the album symbolizing her new-found found freedom. After the chrysalis, a rebirth. The butterfly, the supreme emblem of lightness and transformation, became a symbol of pride for Mariah Carey, a principle of reinventing oneself, in a spirit that was airy, delicate and all about journeying. It has infused these creations with all their elegance, daintiness and symbolic power.

Mariah Carey, a legendary performer
The fact that Mariah Carey has become a global music icon spanning several generations is not only due to the extraordinary virtuosity of her voice, known for her five-octave range and texture, but also because she is a complete artist. Singer, songwriter and composer, Mariah has sold over 200 million albums and written or co-written 18 of her 19 records that went #1.

Two women united for a world in the making
By empowering herself, Mariah Carey has become much more than a fairy tale princess. Like Caroline Scheufele, she is first and foremost a star who has cultivated her gifts by projecting them into a vision of who she was destined to become. Chrysalids who have become accomplished, creative and independent women, they also share the choice of a meaningful world: the three creations in this Haute Joaillerie collection are made of Fairmined-certified ethical 18-carat white gold and diamonds from suppliers approved by the Responsible Jewellery Council. This approach is in line with the objectives of the Journey to Sustainable Luxury undertaken by the Maison. These values are just as essential in the eyes of Mariah Carey, whose many charitable commitments are in harmony with Chopard. They epitomise the butterfly effect by which a gesture, a generous act or a smile lights up the entire universe. A mere flutter of wings, a play on diamonds, an outstretched hand: almost nothing, that is to say, almost everything, when the beauty of a good intention unfolds.

The K-Pop Group Is The Face Of Chopard

A dazzling blend of fantasy and futurism in the Maison’s collections.