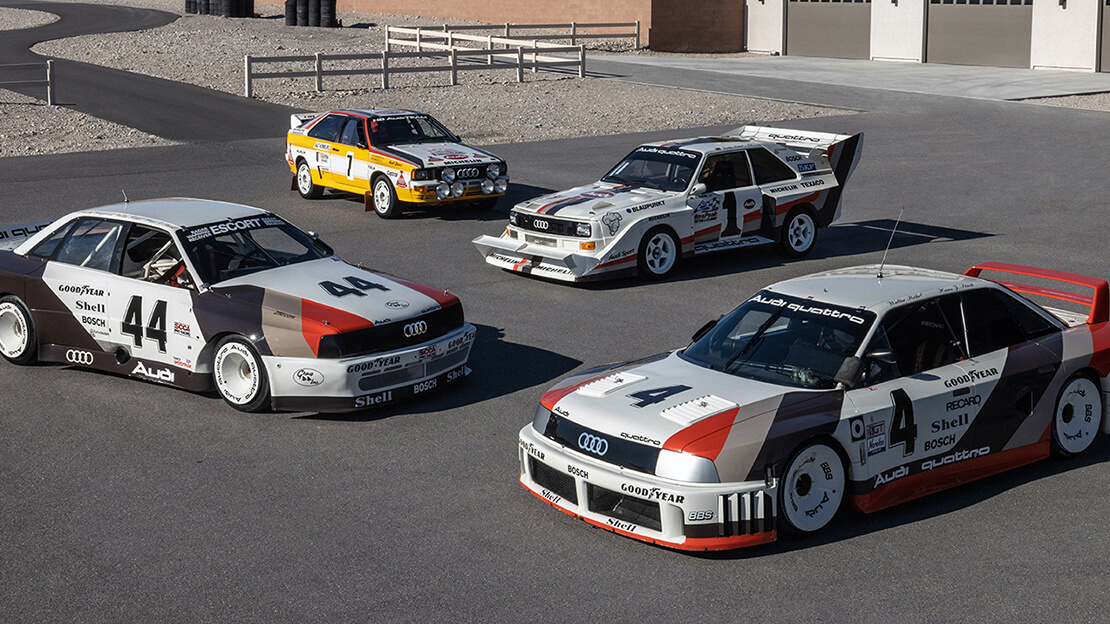 Audi brings both electric-powered premium mobility and its legendary race cars to the prestigious Monterey Car Week, which takes place on August 18 to 21 in California. During this much-awaited series of automotive activities, Audi will showcase all three of its sphere electric concept vehicles, to be joined by the one-off Audi S1 e-tron quattro Hoonitron — also fully electric — and some original five-cylinder race cars which cemented quattro all-wheel drive’s dominance in world motorsports.

The three Audi sphere concept vehicles will be showcased at The Quail, offering attendees a glimpse into Audi’s ambitious and fully electric vision for the future of mobility. This will be followed by a demonstration of the fully electric Audi S1 e-tron quattro Hoonitron at the Rolex Monterey Motorsports Reunion hosted at the Laguna Seca raceway. Capping the events is the display of the Audi grandsphere at the concept lawn of the famed Pebble Beach Concours d’Elegance.

Billed as a private jet made for the road, the Audi grandsphere sedan concept combines utmost luxuries with Level 4 autonomous driving. In autonomous mode, the car’s interior turns into a first-class lounge without a steering wheel, pedals or displays, offering maximum space and access to all the integrated functions of a holistic digital ecosystem. These technologies and the design features in the grandsphere are set to appear in future Audi production models.

The Audi skysphere concept is a two-door convertible with a variable wheelbase, allowing for two entirely different driving experiences — grand touring and sporty. Electric motors and a sophisticated mechanism let the car’s body and frame pieces to slide into one another, making it possible to vary not only the wheelbase itself, but also alter the exterior length of the car.

Initially created for use in traffic-dense Chinese megacities, the Audi urbansphere concept is also suitable for urban areas elsewhere in the world. It has the largest interior space of any Audi to date, which is filled with intelligent technologies and digital services. This makes it a spacious lounge on wheels, or mobile office, and serves as a living space during times spent in traffic.

Presenting another dimension of fully electric mobility is the Audi S1 e-tron quattro Hoonitron, which is inspired by the Audi Sport quattro S1 from 1985. This one-off modern interpretation of the original S1 quattro features dual electric motors, all-wheel drive, a carbon fiber chassis, and top-level safety equipment. Developed for drift and rally race sensation Ken Block, the car will be featured in the next installment — titled “Electrikhana” — of his hugely popular Gymkhana series.

Meanwhile, also to be featured throughout Monterey Car Week are five-cylinder Audi quattro race cars, which will be shown alongside the fully electric Audi RS e-tron GT at Legends of the Autobahn display. Lined up are the Group B Rally legends, as well as the IMSA GTO and SCCR Trans Am championship-winning race cars which created everlasting credentials for Audi’s five-cylinder engines paired with the iconic quattro drivetrain. Guests can also marvel at the original Audi Sport quattro S1 with which Walter Rohrl set the Pikes Peak Hillclimb record in 1987, which still stands as the fastest time on the unpaved track to the sky (it has since been paved).