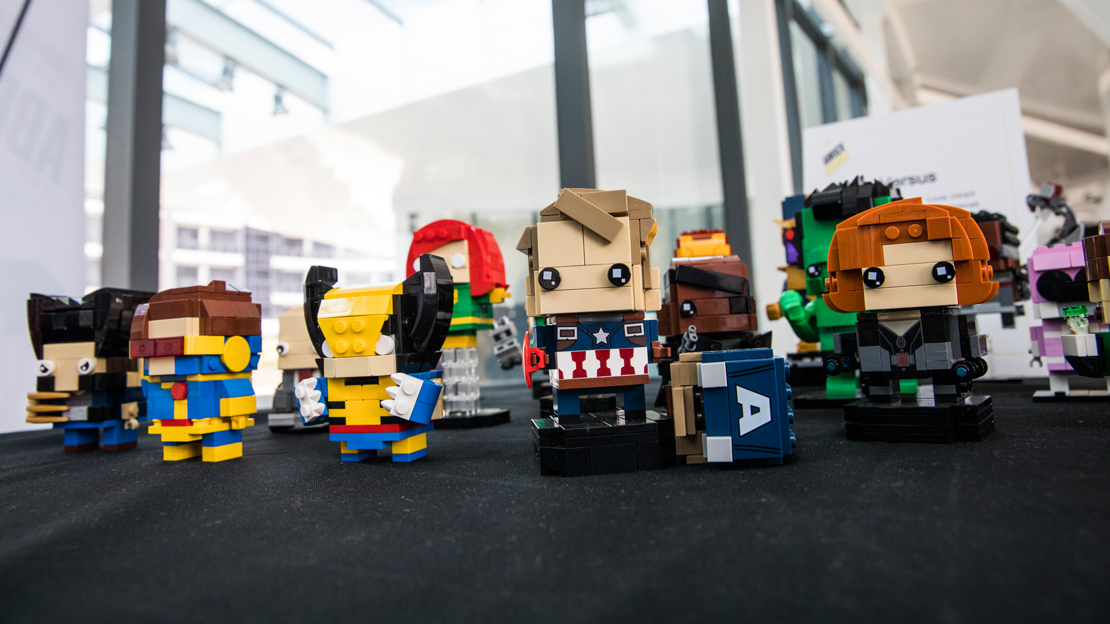 Hosted by the Philippine LEGO Users Group (PhLUG), Abrickadabra was first launched in April 2015. Each year the event gets bigger and better. LEGO lovers in the metro rejoiced because this year, Abrickadabra was a two-day event held in Century City Mall. Welcoming guests and fans alike were the PhLUG ABRICKADABRA monograms. Each letter had a different theme – some were specific to a color palette, others represented the different interest groups.

A simple toy, made of plastic, available in more than 2,000 different parts, in more than 55 colors. What is it that captures the imagination of children and adults alike? LEGO. Originally a wooden toy for a beloved son, the simple brick has transformed into a global enterprise. The name ‘LEGO’ is an abbreviation of the two Danish words “leg godt,” meaning “play well.” And play well we do.

The LEGO Group says the brick is “our most important product — the foundation remains the traditional LEGO brick. The brick in its present form was launched in 1958. The interlocking principle with its tubes makes it unique and offers unlimited building possibilities. It’s just a matter of getting the imagination going – and letting a wealth of creative ideas emerge through play.”

LEGO allows builders of all ages to see beyond the planned set and imagine what else they can do. Building the expected set gives a sense of accomplishment, but when you’re ready to explore the bricks and plates, that’s when you enter the world of MOCs and AFOLs.

Children the world over love LEGO, but the LEGO fandom is not limited to the young. There are AFOLS (adult fans of LEGO), and there are special groups for the LEGO enthusiasts called LUGs (LEGO Users Group) – a meeting of the minds and bricks to bond over a shared passion while enhancing your building skills. The best expression of creativity is the MOC – My Own Creation. Some MOCs start as MODs, meaning modifications on a regular set. Say, you add a room to a Creator house set, that is a MOD. If you build an entire house purely from your imagination, without following anyone’s instructions, that is a MOC.

MOCs abounded at Abrickadabra, and the different Special Interest Groups pulled out all the stops – and bricks – to create worlds both real and imagined. Abrickadabra showcased original creations built by members of PhLUG, displayed in masterful dioramas in varying themes. The Boracay diorama was the perfect representation of the beach, prior to the closing, of course. Hotels, shops, and beach-goers were recreated with amazing detail. The Star Wars diorama was a crowd favorite, and even the Stormtroopers from the Philippine Garrison, 501st Legion couldn’t stay away. Maybe they were there to sheer on the contestants in the much-awaited build-a-Stormtrooper-minifig contest.

The food park scene and assortment of vehicles also drew a lot of attention. Cars, motorcycles, food trucks, and even campers brought the scene to life. The Japanese countryside diorama was exquisitely detailed, complete with temples, cherry blossom trees, and ninjas. The castle scene was straight from a Dungeons & Dragons adventure, with traps and challenges for our brave minifigs to conquer. The mech display was also a fan favorite, with mechs of different sizes. The youngest builders had their own section for the display – from an elephant to a pyramid, from a mech to a garden. These young builders give us hope for the future.

LEGO values the AFOLs, TFOLs (teens), and KFOLs (kids) and they encourage builders to submit their designs for consideration as a possible official set. Abrickadabra was elated to host Lendy Tayag, fantastic builder of the LEGO Ideas approved Voltron set. Mr. Tayag graciously explained his passion for building and the evolution of his initial build from the planning stage to the final stage. He also detailed the LEGO Ideas application process. He had his builds on display – the Voltron and the Voltes V. Seeing them in actual bricks was amazing. The icing on the cake was when he put the individual builds together to create the main build. And some may deny it, but we did hear people singing the Voltron and Voltes V theme songs as Mr. Tayag assembled the machines.

Time spent with LEGO does just not mean a gaggle of bricks that you can mix and match to create different things. It also means time spent with family and friends, as you share your passion and creativity. It helps with problem solving by exercising your critical thinking skills. Which parts can help me recreate this architectural feature? How can the combination or bricks and plates become a medieval castle? Spending time tinkering with bricks is akin to a relaxing afternoon. Give your work-brain a break and allow your fun-brain to take over for a while.

After being inspired by the creativity of the MOCs, people could head over to the Sellers Area and pick and choose what they wanted to buy. There sets available, some of which are hard to find, and you could also buy parts for a particular build you had in mind.

Having been named “Toy of the Century” twice now, we have no doubt LEGO will continue to hold the passionate hearts and creative minds of children and adults in the years to come.