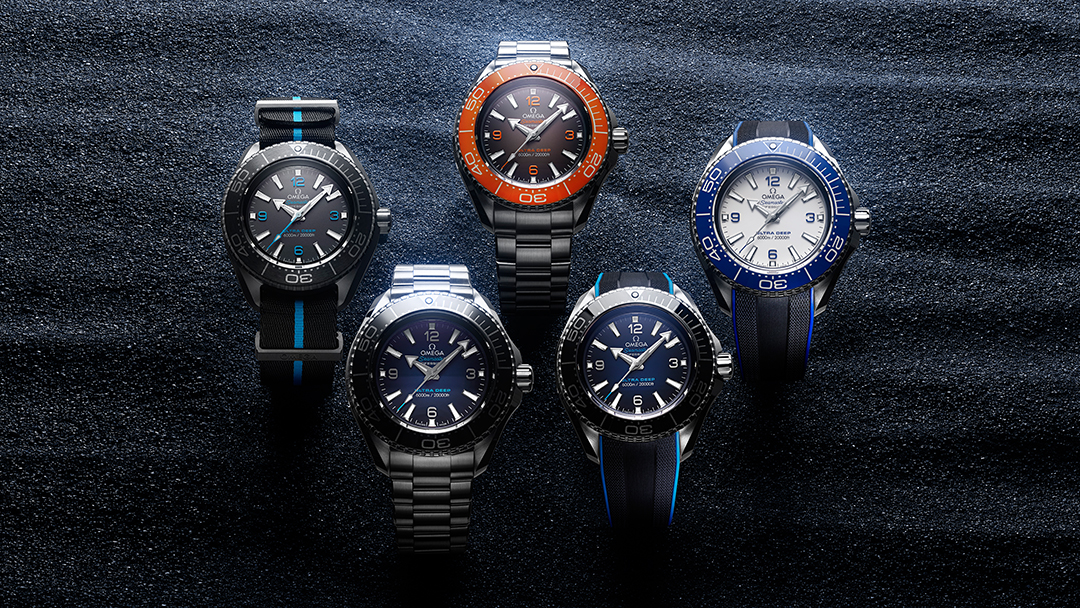 Omega made a special watch a while back that helped bag a world record for ocean depth.

People generally called it a concept watch, as there was just that one built.

If you go to the Geneva Auto Show, you will see a lot of concept cars, he says. These can be just mock-ups or shells or only partially working vehicles. So that shouldn’t necessarily apply to what we do. We create fully functioning watches, in this case we created one that went down to the deepest point on Planet Earth. As part of the Five Deeps Expedition, the watch went down to the bottom of the Marianas trench. “That’s not a concept,” said the Omega President, “that’s real.” It was strapped to the arm of a very special submarine, he explained. It is a true watch; It is an Omega. That was in 2019. And that wasn’t enough.

This year, in 2022, they decided to bring the daring and technology that allowed that world record dive to the rest of the world’s wrists and oceans.

The Omega Seamaster Planet Ocean Ultra Deep 6,000m watches are now going to be made available to the public. And Omega expects the public to love them, and use them. They will use a rather technically advanced new 45mm case, which makes the watch large and a commitment to use but still wearable, especially when compared to other popular enthusiast Omega dive watches like the PLOPROF.

So history repeats itself, but improves.

There are several models available, which may make you think these are all just a matter of using older technologies. Think again. There are four patents pending on these pieces, they had to do some serious engineering to be able to bring these watches out to the public realistically.

Omega actually looked to the submarine that brought down their watch to the deepest point of the world for inspiration. They looked at the conical structure that allowed the vehicle to handle such depth, pressure, and stress. That conical shape allowed a more even distribution of pressure and stress, and they used what they learned in designing the new watches. A conical or near-conical shape is responsible for the new patents pending, but you can’t easily see it. Much of the technology is out of sight, it is internal, such as with the shape of the sapphire crystal and the metal where that sapphire crystal meet. What this shape choice did was allow more even distribution of pressure. For such a deep dive watch, what is missing? A helium Escape Valve. Because with this new watch, the new designs and patented ideas and processes and materials and such, the watch doesn’t need it. That is definitely something new.

The new watch is fully named the Omega Seamaster Planet Ocean 6000M Co-Axial Master Chronometer 45.5 MM Ultra Deep, but there is serious technology behind that weighty mouthful. And not all of it is weighty. The flagship (flag-submersible?) piece is in titanium, while the other models are actually arguably more technologically complex because they use a new steel alloy. The appropriately-named O-MEGASTEEL alloy used in the case follows the watch company’s history of developing special alloys for their special pieces. This special alloy is nickel-free and is meant to be more hypoallergenic, more resistant to corrosion, and a bit more white than the other steels more widely used. More important though is that it is stronger and harder, offering almost double the resistance of other alloys for the former and around 40% better for the latter. The former is what helps in the depth ability, the latter is what affects resistance to scratches and such.

The new watch is the most advanced product in their current collection, and is part of a history dating back to 1948 and a part of both adventure and cinema (think James Bond). While the new watches are available in either titanium or O-MEGASTEEL they all use the same Omega Co-Axial Master Chronometer Calibre 8912 that is anti-magnetic to 15,000 Gauss as approved by METAS as well as having the chronometer certification obvious with the name. Two barrels mounted in series are responsible for the 60 hours of power reserve.

The watch is clearly aimed at enthusiasts and collectors primarily, but it can also appeal to the less horologically-intense because of a more wearable and traditional case shape. How to choose? The titanium has a nice matte finish while the O-MEGASTEEL models are shiny but with a bit of a different shine from other metals. The titanium is more the nod to the actual watch that was strapped to the arm of the submersible; the O-MEGASTEEL versions have a more symmetrical case design and different crown protection. By the way, the crown itself is a key point for the water resistance of the watch, benefitting as well from the research into the conical design of that famous submersible. Same goes for the sapphire crystal, conical shaped where you pretty much cannot see it but where it counts the most. The case alone has four patents pending.

OMEGA has a technical reason for everything.