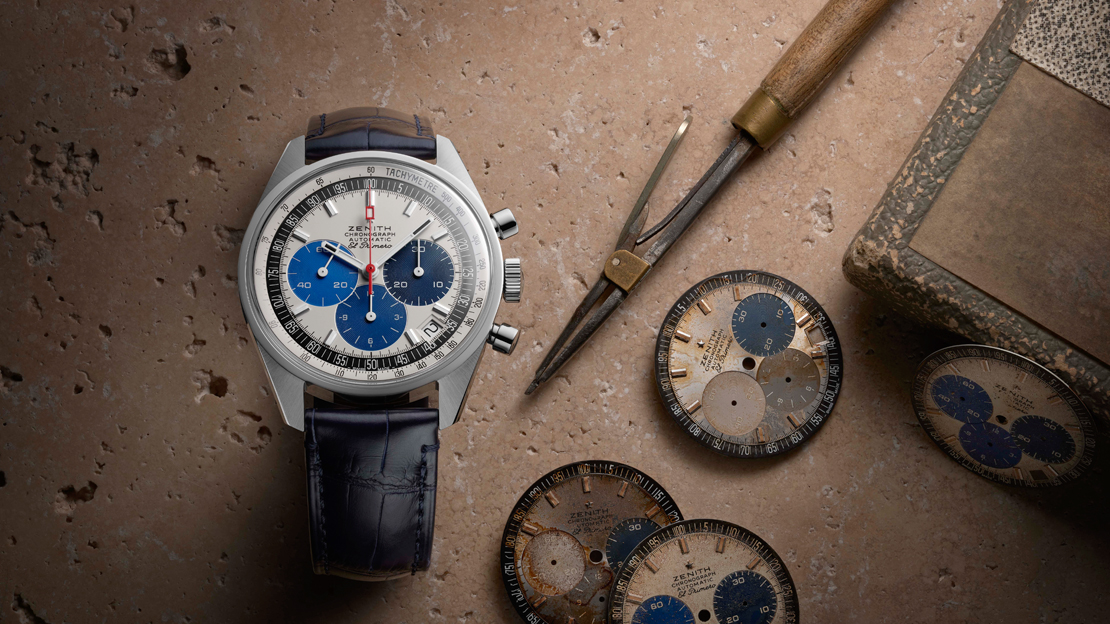 In order to fully appreciate the significance of this watch, the first Zenith El Primero Chronomaster Revival Manufacture Edition (Chronomaster Manufacture Edition will suffice but for internet search purposes, I had to put in the key search words), we have to delve into the heroic act of one Charles Vermot, one of the original watchmakers who worked on the El Primero movement some fifty years ago. Vermot didn’t realize it back then but his actions would greatly impact not just the El Primero movement but the chronograph line of Zenith up to this day. Going back to the story, Charles Vermot was extremely disappointed with the decision of his bosses during the mid-seventies as the company decided to cease production of mechanical movements and focus on quartz watches as the times dictated. Defying management orders, he secretly gathered all drawings, design plans and tools necessary to produce each and every El Primero movement and stash them away at the Manufacture’s walled-off attic (known as the grenier in French). He hoped that one day Zenith would come to their senses and resume the production of mechanical movements. A decade later, his wish would come true and his legend as the “savior of the El Primero” would forever be remembered.

The grenier or attic where Vermot kept the plans and tools safe is still revered until today. It is viewed as a time capsule where secrets from the past remain to be uncovered. Last year during the 50th anniversary of the El Primero, while going through countless artifacts and preserved remnants from the seventies, workers discovered an unlabeled box no different from what is used to store spare parts and other non-descript items. However, this unassuming box contained a number of well-preserved dials from the seventies. One dial was the signature El Primero tri-color dial of the A386 that became a design icon while another was a different version of the tri-colored dial using three different shades of blue. With no records of what these dials were meant for, present day watchmakers could only assume that these dials were also prototypes intended as an alternative to the A386 dial or for a different model. The only thing these watchmakers were certain of was that such a striking dial had to be brought to life.

To make the watch standout, it is being produced as a revival piece. Its 38mm stainless steel case with pump-style pushers is an exact reproduction of the A386 from 1969 using the blueprints of the original to preserve the proportions of the iconic chronograph. Inside of the original “Revival” case would be the same movement that would be beating inside the 1969 version, the dependable El Primero automatic column-wheel chronograph.

The Chronomaster Manufacture Edition will come in a special packaging in the form of a bookshelf bearing a blueprint of the Zenith manufacture on the cover, a reproduction of the vintage dial found in the attic and a comic book about Charles Vermot by Swiss cartoonist Cosey.

The watch was intended to be a Manufacture piece which meant is was only going to be made available to those who visit the Manufacture. Due to prevailing times, tours and visits to the factory is not possible hence Zenith is making the Manufacture Edition available on e-commerce until the Manufacture re-opens to the public. The watch will start rolling out gradually very soon.