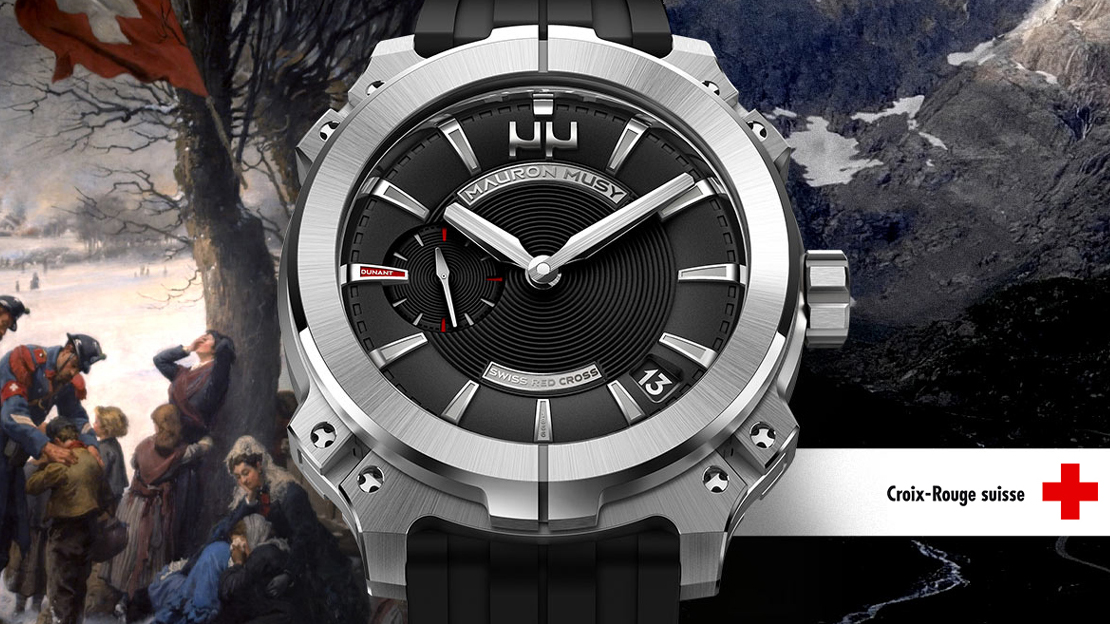 Watchmakers Eric Mauron and Christophe Musy, the duo behind the “NO-Ring” technology deployed on Mauron Musy Armure timepieces recently launched a very limited edition of watches together with the Swiss Red Cross to support the latter’s “chili” program. This program aims to raise awareness among children from an early age about constructive conflict management and teach them non-violent ways to resolve their differences.

The Fribourg-based watchmakers founded their manufacture on Swiss moral values and decided that these would make a great backdrop to develop a limited-edition watch that also honored the values of the Swiss Red Cross. As such, each of the seven watches caseback would be stamped with one of the seven fundamental principles of the humanitarian organization namely humanity, neutrality, impartiality, independence, voluntary service, unity and universality. The very clean dial design features the name of the watchmaker and the Swiss Red Cross on the 12 o’clock and 6 o’clock positions respectively while the name of the organization’s founder and the date of its establishment are also highlighted. It is after all called the Henry Dunant watch.

Proceeds of the sale of six watches will go a long way in supporting the “chili” program as every year, more than six thousand children and young people take part in violence prevention and conflict management workshops held all over Switzerland. The 7th Mauron Musy “Henry Dunant” watch bearing the inscription “humanity” on its caseback will be donated to the Red Cross Ball in support of mother and child projects as well as various actions that the Red Cross undertakes to fight against the current global pandemic.

Lovely Lukia from the Glorious Ginza

The Seiko Lukia released a new collection, and the good news is these lovely Lukias will now be available outside of Asia.

The Laureates of the Cartier Women’s Initiative 2020

Cartier announced the laureates for the Women’s Initiative 2020. The future looks bright with these amazing women at the forefront of their fields.