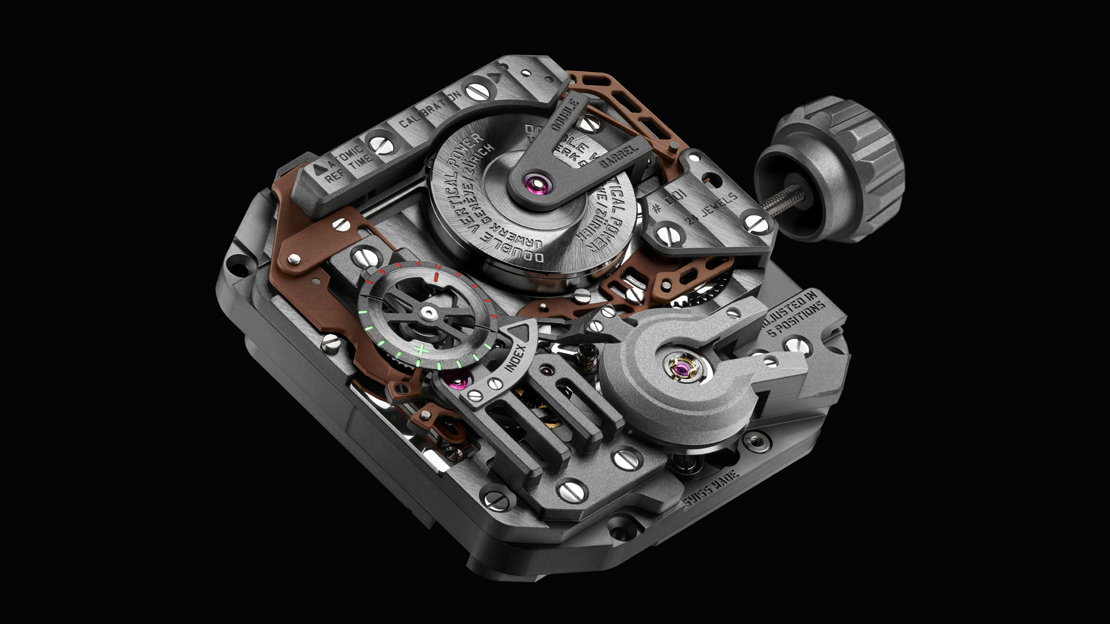 The Urwerk AMC is a modern take on a 220-year old idea. During 1795, Abraham-Louis Breguet revealed to his son his latest invention – the creation of the ‘sympathique’ clock where you had a high precision main clock which can regulate the time and accuracy of another timepiece. No manual intervention was needed. You just had to place your portable watch (such as a pocket watch) at a specially designed holder or dock on the main clock which will then set and regulate it overnight. Fast forward 22-decades, and you now have this latest creation by Urwerk; the Atomic Master Clock (hence the name ‘AMC’) has a main timekeeper/ clock that can automatically correct the time and regulate the accuracy of an accompanying mechanical wristwatch.

Unlike Breguet’s sympathique clocks, the AMC uses nothing but the latest technology in ensuring pinpoint accuracy of the main timekeeper. As per its name, the AMC tells atomic time – making use of the ions of yttrium iron garnett and rubidium to keep nearly perfect time. Its accuracy is guaranteed to within one second in 317 years – you can’t get any more accurate than that. Bulky and encased in aluminum, the master clock is powered by electricity and initially syncs with the global GPS network when it is turned on to set its initial time, then eventually turns off this connection and runs autonomously as an atomic clock.

Regulating the beat of the watch is probably the most technologically challenging functionality the Uwerk AMC was able to achieve. For the atomic clock to be able to gauge the actual rate of the watch’s beat and interpret it as too fast, too slow or just right is a remarkable achievement. However, the AMC goes a step further and even manually regulates the beat of the watch without any human intervention. This is in stark contrast to your normal wristwatch which has to be opened by hand and can only be regulated by a skilled watch technician.

The exact synchronization of the wristwatch with the atomic clock is another way these 2 components of the Urwerk AMC interact with each other. Though a lot more straightforward than the aforementioned functionality of regulating the beat rate, it is no less a mechanical wonder to have the wristwatch component completely congruent with atomic time down to the last second, again without any help from human hands.

The final form of interaction between the 2 components of the AMC is the winding mechanism. As a manual wind timepiece, the wristwatch component should normally be wound at the crown on a periodic basis by its user. As per the sympathique clocks of old, the AMC wristwatch is automatically wound by the atomic clock. All  its user has to do is to place it in its special cradle, and the rest is done by the atomic clock.

The AMC is an amazing piece of horology that makes use of old world inspiration brought to life by the best pieces of technology available to watchmaking today, in a package that is distinctly Urwerk.