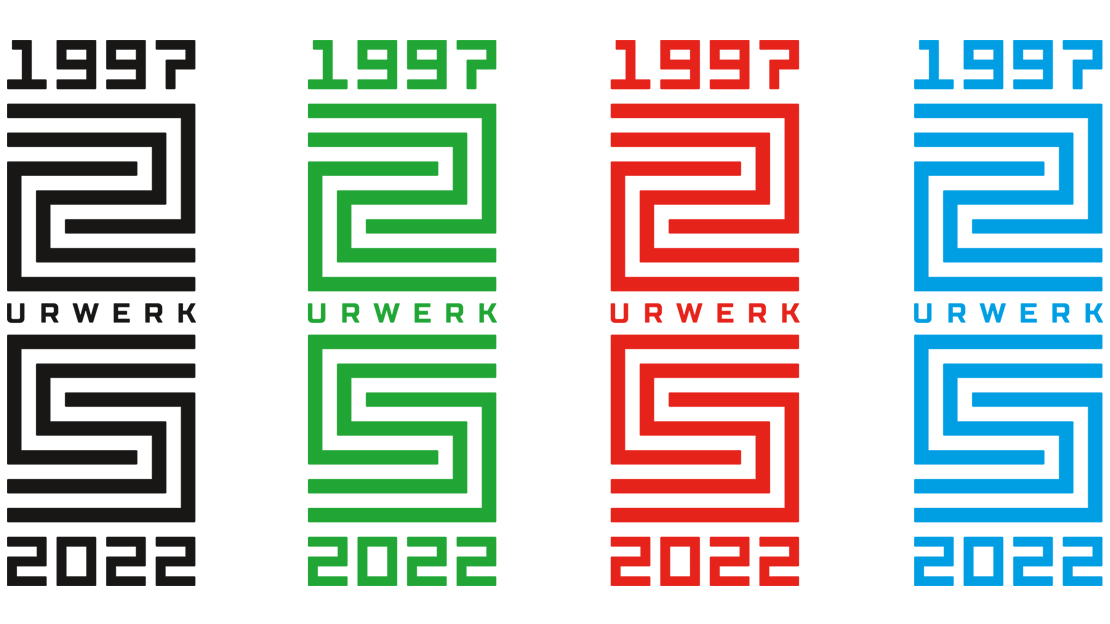 URWERK is celebrating its 25th anniversary this year. 25 years! URWERK is first and foremost a human adventure, that of Felix Baumgartner and Martin Frei. Here Felix and Martin recount their first steps into the world of fine watchmaking and signal the start of an anniversary year like no other. They invite you to discover URWERK backstage via the travelling exhibition “Every moment counts”. First stops June 7, 2022 in Milano Great Masters of Time – 25, via della Spiga (https://gmtitalia.com) and June 8, 2022 in Monaco – Art in Time (https://www.art-in-time.com/fr/).

Erika Yvonne Frei (Martin Frei’s mother and his first Art teacher)
Martin has always liked to see the world through its reflection. At breakfast, for example, he would gaze at his curved surroundings in the polished surface of Italian coffee maker; or at home, wander from room to room with a hand mirror under his chin, stepping over obstacles that existed in the reflection of the ceiling under his chin, albeit not on the actual floor of reality.

I loved watching his stories unfold in colours and shapes as he let his imagination run wild while finger painting on the parlour table duly covered in wrapping paper. And when every available inch of paper was covered, the roll of paper continued to be unrolled further along the table to make space for more. On another notable occasion, we found little Martin in the kitchen, happily playing with a mountain of cocoa powder, as if it were sand in the sandpit. Even as a little kid, he had his own, very definite ideas about how things should be done!

During his nursery school years, shapes and colours gave way to a fascination with divers. So much so that the somewhat surprised his school teacher said: “Can’t he draw anything else?” The divers had yellow stripes on their suits and oxygen tanks with air bubbles that gradually got bigger while rising to the surface, just like in the Bond films. Then came tree houses, spaceships, futuristic planes, racing cars and action heroes all reinvented in endless drawings.

Martin grew up and passed the entrance exam for the preliminary course at the Art school in Zurich – the perfect springboard to a future in which his boundless imagination and his talent for drawing could truly blossom. Martin’s career was launched and after becoming a graphic designer, he continued his studies in free art at Lucerne’s art school. Today, Martin’s inventive nature continues to unfold with the same panache as ever.

Martin Frei (Co-founder of URWERK, Artist and Chief designer)
“In the early 1990s I was a student at Lucerne University of Applied Sciences and Art. At a New Year Eve’s party in Ticino, the Swiss Italian part of Switzerland, my class and roommate Christoph Draeger showed up with his cousin Thomas Baumgartner. We had dinner and enjoyed the wine. The evening progressed with great music: we had some extremely rare records playing, sixties punk, and a stack of cool bootleg singles. Soon, we were all dancing frantically late into that ice-cold winter night.

Thomas moved in with Christoph and I in Lucerne and we used to hang out together. From time to time his younger brother Felix would join us. We were young, creative, had tremendous energy, and strong wills. We spent many hours discussing Art, watchmaking, music, and sci-fi. During one of these wild exchanges I had a flash: “Let’s make a watch together, one with a cool concept”.

Years passed by. Felix was completing his watchmaking course in Solothurn and Thomas had moved to St Croix. They had new ideas and proposed that we create our own brand. They were stimulated by a group of crazy new friends: Vianney Halter, François Junod, and other young watchmakers that they had been hanging out with. During wild sessions of drinking absinth and pondering our future, the Baumgartner brothers shared a new concept with me: a watch with no hands, where the hours also indicate the minutes. I was immediately seduced by the concept and began to draw some preliminary sketches. Our first URWERK watch, the UR-101 was soon to be born.”

Svend Andersen (Independent watchmaker who co-founded the AHCI in 1985)
“Felix came to me in September 1995 directly from the watchmaking school in Solothurn because he did not want to work for a company engaged in large-scale production. He had heard about us from a watchmaking teacher who knew me through Chronometrophilia. We immediately hit it off and he moved to Geneva a few days later.

Felix worked for us partly as a salaried employee and partly as a freelancer. He worked on our world time modules, the 2000 perpetual and secular calendar models, as well as restoring complicated watches for prestigious brands.

Alongside this important project, Felix began work on the URWERK “satellite” display. He tested several jumper-spring techniques, but they required too much force. Then one day we restored a complicated pocket watch featuring a “Maltese cross” stopwork device in the movement. This was a turning point. Felix made countless crosses on the 102 lathe to make his display work properly and ended up finding the right combination. This historic mechanism became the heart of an avant-garde watch.

In 1998, Felix left our workshop and moved to the very first URWERK atelier, rue de Cornavin (Geneva). And the rest, as they say, is history.”

Felix Baumgartner (Co-founder of URWERK, Master watchmaker)
“We launched our URWERK brand 25 years ago. We had no funds and no structure, but we were driven by two almost obsessive core idea: our hour satellite indication and the conviction that it was time to challenge Haute Horlogerie with new blood, new ideas and modern technologies. We were regarded as young fools but were brimming with ambition. We imagined dethroning Rolex, seeing our names at the top of the bill, and seeing URWERK shine in the bastion of fine watchmaking that is Geneva. We were young and naive – and that was undoubtedly one of our greatest assets, the best mindset in which to embark on an adventure like this.

We began our journey in April 1997 on the AHCI booth at Baselworld. We were sponsored into the AHCI by Sven Andersen, the co-founder of the Academy. Svend had been my first employer and opened the doors of the AHCI to us. That first year we presented just two of our UR-102 watches in steel as we couldn’t afford to buy gold cases, and we had no showcase, so we displayed our watches on a portable cooking hotplate. We were running in overdrive: enthusiastic, eager to show our potential, provocative, and ready to take on the world.”