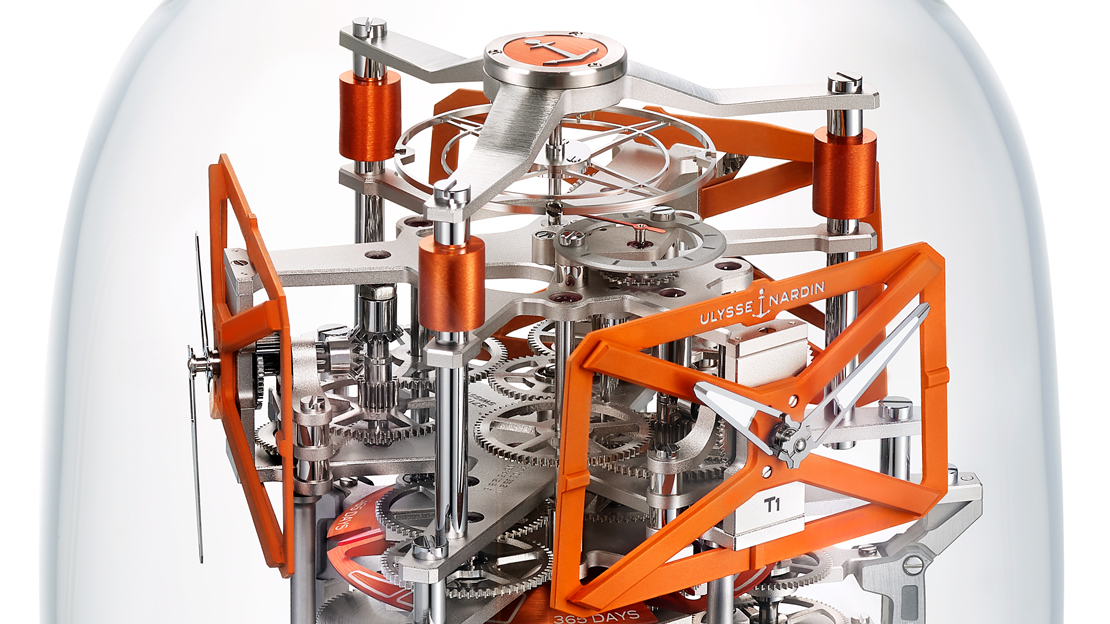 This year, the timepiece auctioned by Ulysse Nardin for Only Watch is not a wristwatch but a wacky highflying clockmaker’s object, a work of art, a piece of design and architecture, a toy, quite simply: the UFO, a table clock ready to welcome you on board for a new entertaining odyssey, in a “unique piece” version with an orange hue.

Indeed, the electric orange palette of Only Watch has sprung out in touches on the Ulysse Nardin UFO! The out-of-the-ordinary object, already venerated by traditional clock lovers and acclaimed when it was released in April 2021, is already sold-out in its metallic blue version of which the house produced only 75 pieces. The UFO is making an energetic return to center stage for the auction patronized by H.R.H. Prince Albert II of Monaco, established by the Monegasque Association against Muscular Dystrophy.

The spherical aluminum base of the clock on which the blown glass dome is secured by a bayonet system, is made orange by a special anodizing surface treatment. The three connecting cylinders and the three lower ties of the movement have also been colored orange. The power reserve disk, the decorative insert with the Ulysse Nardin emblem – the anchor – also colored orange. The three dials also painted, but with a mat appearance unlike the other metallic orange elements.

A unique piece, exclusively produced for the occasion, it will be auctioned in November 2021. Its pop details remind us that the orange color is stimulating and full of joy. A call to the nonchalance of sunny days. As if illuminated, energized and sunlit, the UFO sways in the most refined way. So, with this orange version, this is a golden opportunity to acquire a unique original of this art object.