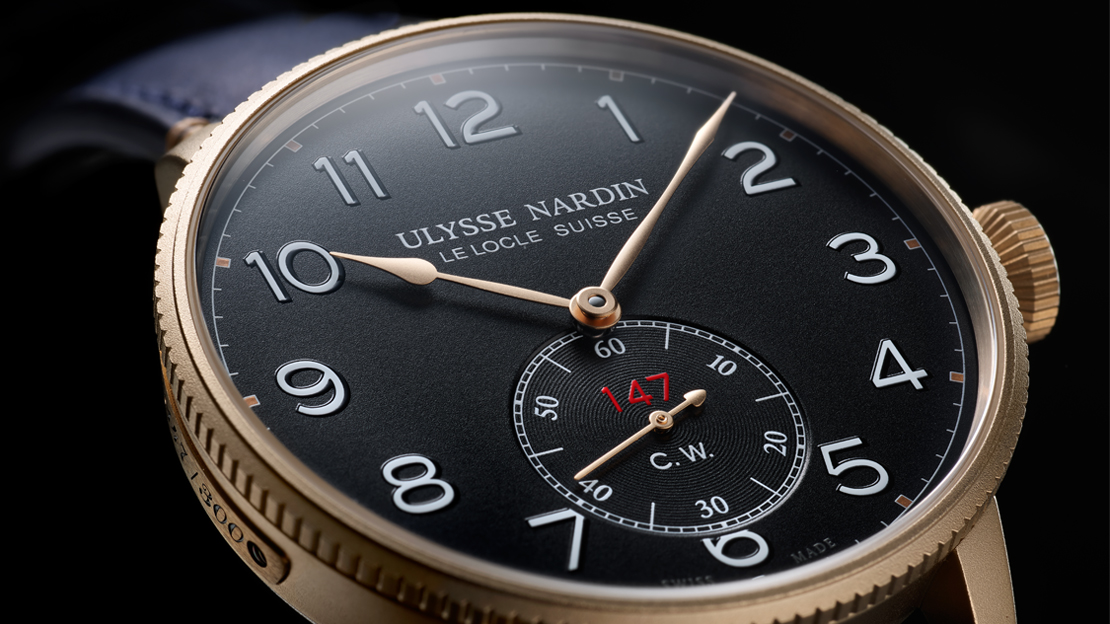 FREAKY complications and materials certainly earn Ulysse Nardin its fair share of megapixels and ink among the horologic press, so one could be forgiven for thinking the watchmaker does nothing else but such intricate stuff. But Ulysse Nardin actually make numerous simpler pieces, and that ship anchor on its logo declares the brand really dives deep into nautical watches as well.

Actually, two in its five collections are dedicated to these watches — Marine and Diver — within which lie several models ranging from Chronometers to Chronographs, ladies’ pieces and a couple of tourbillons. The Marine collection is particularly extensive, and among the models counted here are the Torpilleur watches.

Now, Ulysse Nardin has expanded this line with the release of two decidedly military-influenced pieces. Garbed in black/khaki and bronze/midnight blue uniforms, the pair is limited to a build run of only 300 pieces each. Citing the “cyclical” nature of military-inspired fashion wear as the impetus for creating the new Marine Torpilleur models, Ulysse Nardin says the latest watches represent a “natural step in the collection’s evolution.”

The black/khaki Torpilleur ref. 1183-320LE and bronze/midnight blue ref. 1187-320LE take the 44-millimeter-wide case, large Arabic numerals and oversized second subdial — plus all the vintage touches — of two other models in the Torpilleur range and reinterpret these in new colorways.

The 1183-320LE has opted for a black DLC case, black dial and black crown. The hour and second numerals, as well as all three hands, contrast the black landscape with their greenish khaki hue. A simple off-white second track and a touch of red on the subdial add further interest. Matching the watch is a khaki “trellis fabric” strap.

The bronze/midnight blue ref. 1183-320LE substitutes bronze for the black case elements found on its sibling. Bronze, of course, is a natural choice for marine application because its surface is prone to oxidization, which then forms a layer that protects the material beneath it. Plus, it develops a patina of varying degrees. This means that, for the Marine Torpilleur, no two watches will ever look exactly the same.

Instead of a black dial, the ref. 1183-320LE receives a midnight blue one on which the numerals and most other inscriptions are in white. The minute markers on the track are in light brown, matching the bronze, and the red marking on the subdial, which identifies the individual number of the watch, stays. The watch’s caseback also retains its steel cover (engraved with an image of a Torpilleur torpedo ship), instead of bronze, to spare the wearer from allergies.

Both new Marine Torpilleurs are water-resistant to 50 meters.

Also shared between the two is Ulysse Nardin’s in-house cal. UN-118, a self-winding movement that uses diamond-coated silicon for its escapement wheel, anchor and hairspring (this negates the need for lubricating the escapement). The 50-jewel cal. UN-118 oscillates at 28,800vph and packs a 60-hour power reserve. And, as stated in the “C.W.” inscription on the watch’s dial, this movement allows the Marine Torpilleur proper COSC chronometer credentials.

Which is only apt for a timepiece with naval disposition.