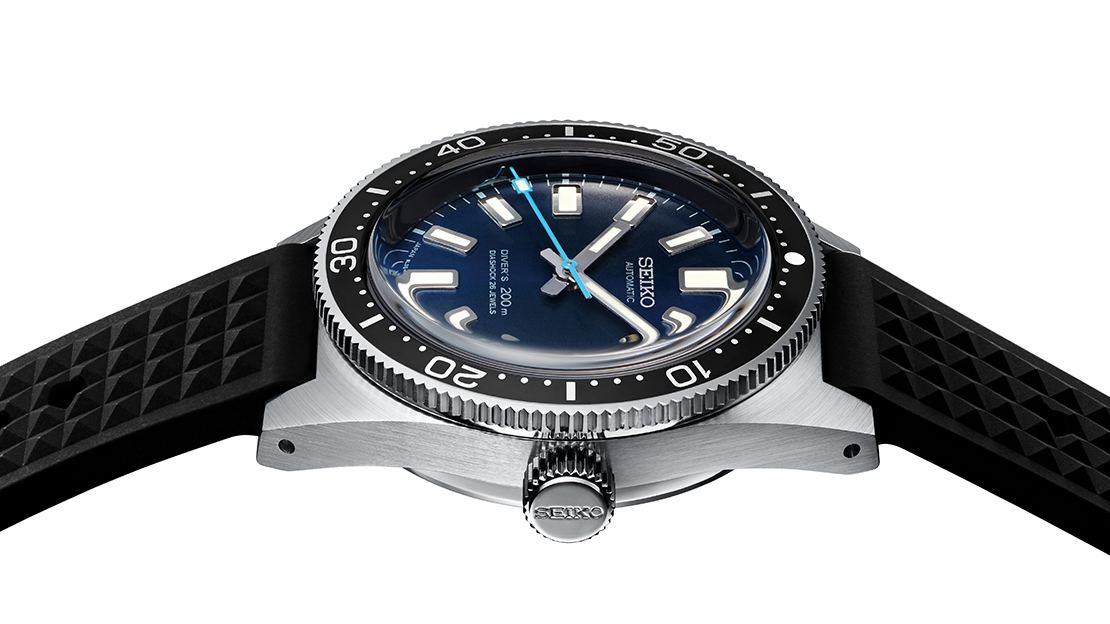 Two new, or rather new-ish, Seiko Diver’s Watches are here to celebrate yet another anniversary. And yes, they will probably be very well received by the market.

Seiko brought out their first Diver’s watch 55 years ago, and even the recent re-editions of that watch have done very well and become collector’s pieces. These two new ones should be following suit as soon as they are released, which is scheduled for November 2020.

The first new release is the Seiko Prospex 1965 Diver’s Re-creation, with reference number SLA043J1. It is a re-creation, as they say, of what is called the 62MAS. The key feature of this new watch, the company says, is the use of what they say is to be called “Ever-Brilliant Steel.” The watch uses a special grade of stainless steel that is supposed to give it a “brilliant” white hue while also being more corrosion resistant.It uses the 8L35 movement developed and assembled specifically fo their Diver’s watches at the Shizukuishi Watch Studio. It will be a limited edition of 1,700 pieces.

The next new release is not a re-creation but a re-interpretation. The Seiko Prospex 1970 Diver’s Modern Re-interpretation with reference number SPB183J1. Seiko says that this is a design interpretation of their rather unusually-shaped case first released in 1970. The shape is dictated by the crown position, at 4 o’clock, and the fact that the case itself kind of expands to form protection around it. While this is, and the original was, a full-on Dive watch, it was more associated with the world of adventure. Japanese Adventurer Naomi Uemura wore the original watch when he did a 12,000 kilometer solo dog sled run from Greenland to Alaska that took him 18 months.

The new watch is slightly larger than the original, and uses Calibre 6R35 for 70 hour of power reserve. The upper surface of the bezel rim is Zaratsu polished for the mirror finish most enthusiasts connect more with the Grand Seiko family than the watches in the Prospex line. It will be a limited edition of 5,500 pieces.