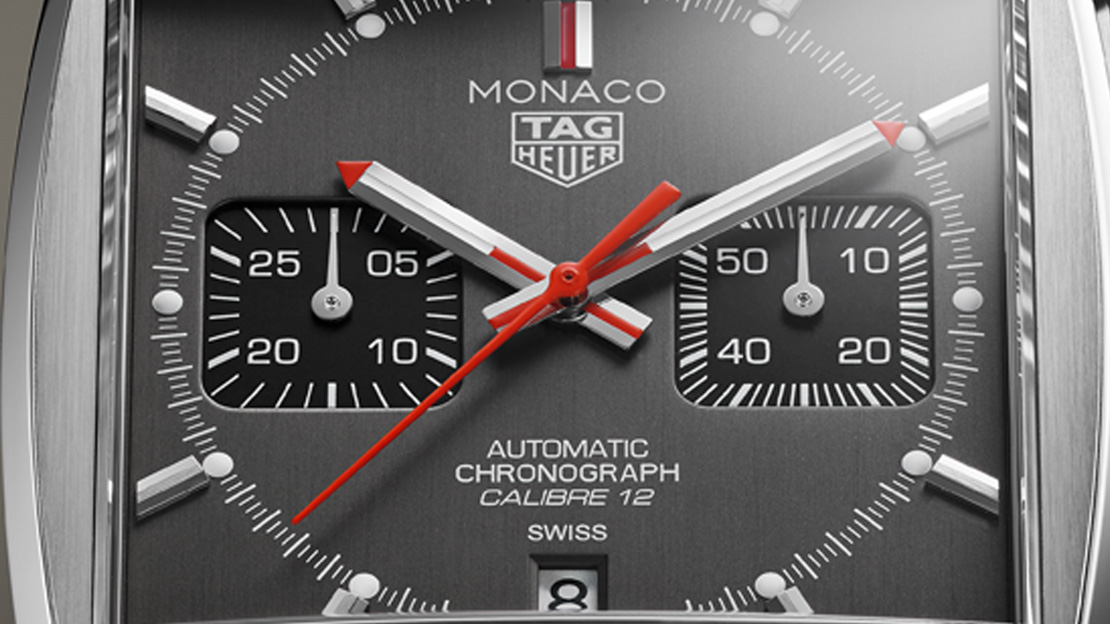 The TAG Heuer Monaco watch has always been a cut above the rest. The square dial is distinctive and it takes a strong, confident person to wear it with aplomb. TAG Heuer has been celebrating the Monaco’s 50th anniversary throughout 2019. They launched a Monaco with a new look, but more importantly, and an in-house manufacture movement. They take things a step further too, by releasing a final edition of the Calibre 12 movement.

The TAG Heuer Monaco 02 now has the Calibre Heuer 02, an in-house automatic chronograph movement. The movement has a rotor that spins as the wearer’s wrist moves, making it an automatic watch, and it also has a stopwatch function. The watchers had to re-engineer the interior of the square-dialed Monaco to suit the calibre. The dial is also slightly revamped but the watch stays true to the Monaco DNA. The stainless steel case combines with an elegant blue sunray dial and a navy blue alligator strap. The dial has the classic counters at the 3 and 9 o’clock with the date at the 6 o’clock. The red touches on the central seconds and chronograph counter hands reinforce the sporty design of this Monaco.

The TAG Heuer Monaco Calibre 12 Final Edition has an interesting design feature – the crown is on the right side of the case (unlike the Calibre 11 which had the crown on the left). The Monaco DNA is evident, as the square watch has a stainless steel case but this time partnered with a sleek grey dial. The black alligator leather strap is nice and elegant. The smooth finishing of the counters at 3 and 9 o’clock are a nice contrast to the brushed dial. There are still red accents on this dial, and they do enhance the grey field just enough. This being the final edition of the TAG Heuer Monaco Calibre 12, there are only 1,000 in existence, each engraved with its limited-edition number.

The TAG Heuer Monaco, in all its various iterations, continues to be an iconic watch. The aesthetic is sporty yet elegant, and is now available in the blue or grey dials.

The watch’s 50th anniversary was the perfect time to introduce these innovations to the line. This bodes very well for the next 50 with the TAG Heuer Monaco.