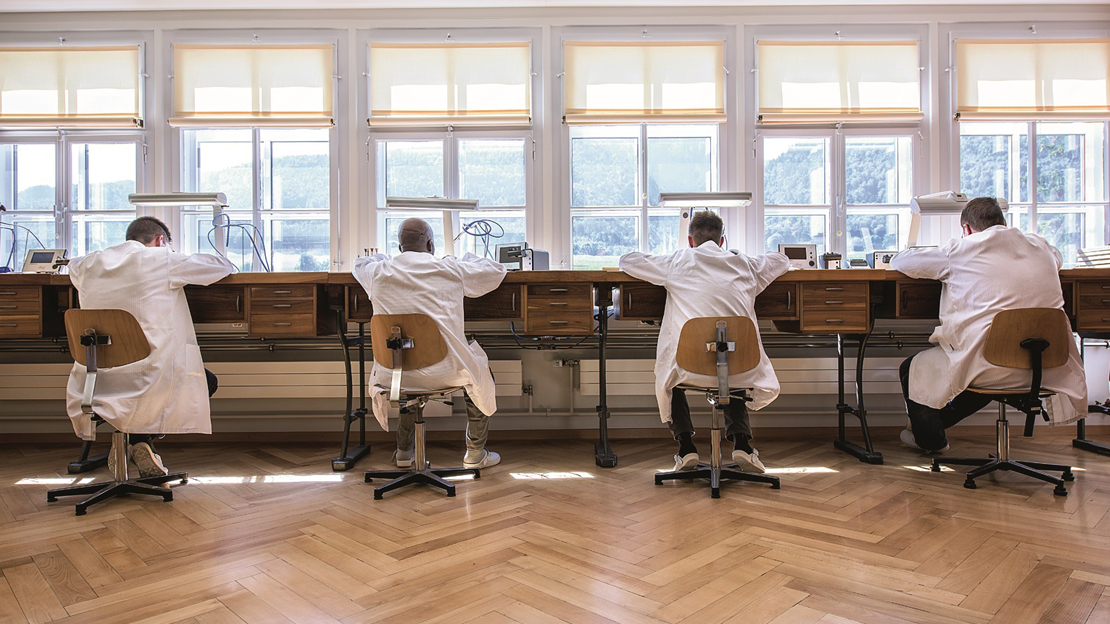 EXPORT values of timepieces (including movements) made in Switzerland rose for the third consecutive year in 2018; these amounted to CHF21.2 billion, up 6.7% from the year prior, and the highest since 2015. In 2016 export values — as opposed to actual sales performance, which the Federation of the Swiss Watch Industry (FH) does not release — reached CHF19.4 billion. In 2017 these totaled to CHF19.9 billion.

Now, figures released by the Employers’ Federation of the Swiss watch industry (CP) show that growing in lockstep with export values is the number of jobs available in the sector. As of September 2018 (the latest period for which data are available) there were 57,812 workers in the country’s watch and microtechnology sector. The number represents a 5.2% increase from the same period of the previous year, or 2,868 workers more, according to the annual census of the sector carried out by CP.

Tellingly, 94% of the new hires — or 2,691 workers — are involved in production. CP said this development is a “true barometer of the sector’s industrial activity.”

By comparison, only 152 people entered the sector’s workforce as executives and 35 as administrative staff. There were 10 less home-based workers during the period. CP said the decline is insignificant because only 100 people in the industry work from home.
Among Switzerland’s traditional watch-making locations, the top three cantons with the most number of workers are Neuchatel (15,289), Bern (12,228) and Geneva (10,077). The three venues, along with Jura, Vaud and Solothurn, form the country’s “watch-making arc” and together employ 53,075 workers.

The CP report bared Neuchatel posted the biggest increase in employment as it added 1,277 jobs. Bern took in 883 more.

Despite the stronger performance in 2018, the employers’ federation is prudent at predicting the watch industry’s workforce potential in 2019. It said “low economic visibility means companies are relatively cautious when it comes to hiring.”

Swiss export values in the first quarter of 2019 are 2.9% higher compared to the same three-month stretch in 2018, FH data showed.