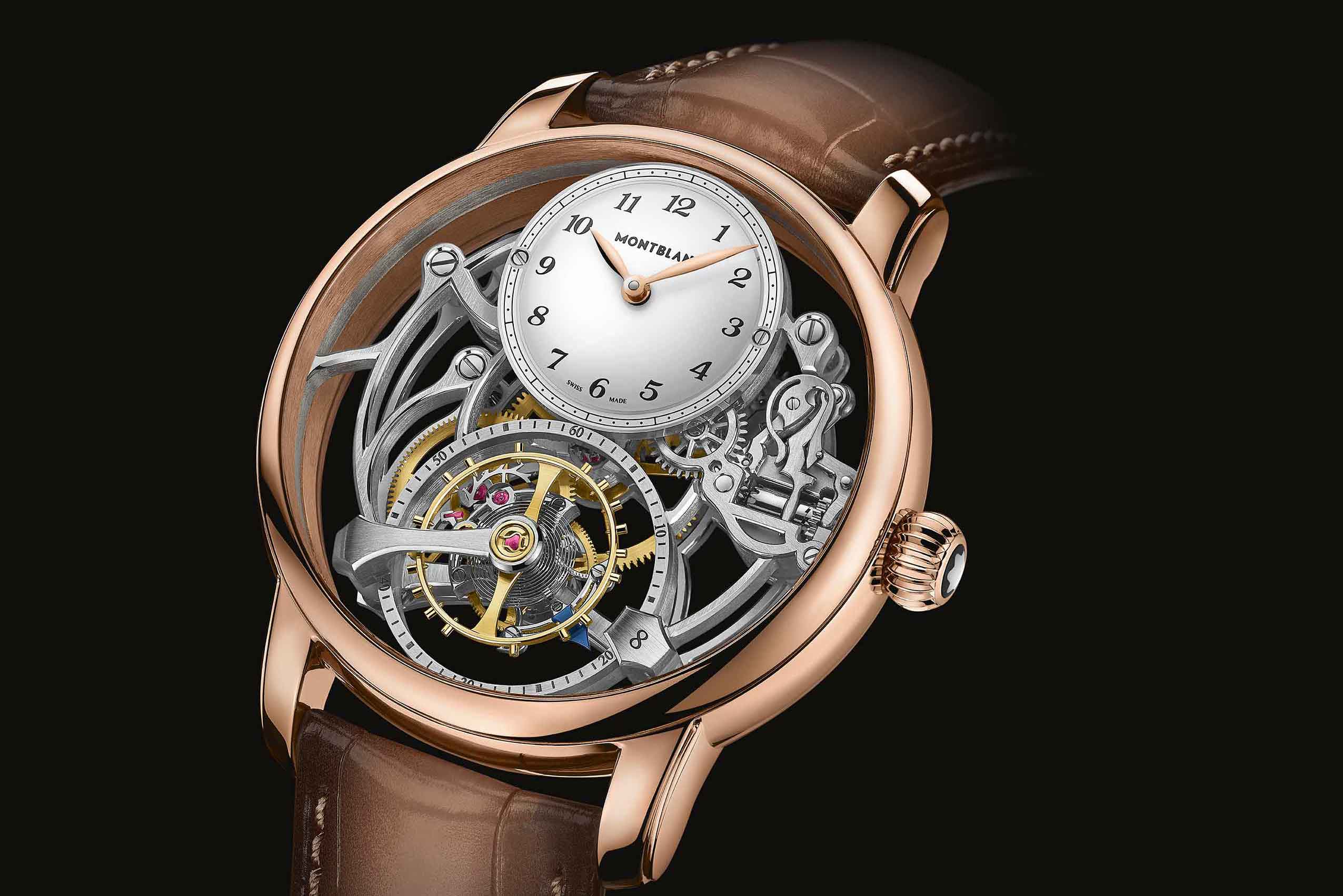 A new star is on the horizon and it comes the form of Montblanc’s Star Legacy Exo Tourbillon Skeleton Limited Edition. The name itself is a mouthful but once you take a closer look, you appreciate all that this horological creation has to offer.

Montblanc may have first entered our lives through their luxury writing instruments. They have since made their mark with their other creations as well, including leather goods, accessories, and watches. The Maison’s artisans execute the same level of fine craftsmanship and intricate detailing across all their product lines, and the horological creations are no exception.

The Montblanc Star Legacy Exo Tourbillon Skeleton Limited Edition is a beauty to behold and there is so much detail and technical expertise that has gone into it. The Star Legacy collection epitomizes the spirit of classical watchmaking, but this new offering is anything but old or basic. The concept has been reinvented, bringing modern advancements and a clean aesthetic into play.

The “exo” part of the watch deserves exploration (see what I did there?). Montblanc created the Exo Tourbillon, patented in 2012, with the large balance wheel with screws outside of the tourbillon’s cage. The suspended Exo Tourbillon allows a large balance wheel without needing a large movement or case. The original Exo Tourbillon development was a process that took three years of work in-house at the Montblanc Manufacture in Villeret. The development of the new manual-winding Calibre MB M18.69 took an additional year and half. The balance wheel is higher than the dial by 4.15mm making it seem to float above. The tourbillon bridge is suspended by only one arm, creating a three-dimensional appearance and a clean aesthetic. The time focused on the reinterpretation of the calibre meant that this watch hit all the right points – aesthetics, geometry, and stability. The result is the fascinating mechanism partnered with better performance.

A tourbillon is a complication that not only makes it fascinating to look at, it increases the watch’s accuracy. “Tourbillon” is French for whirlwind, possibly for the whir of action taking place within your watch. The cage of the tourbillon holds the mechanisms that rotate the balance wheels. The rotation cancels out small deviations in timekeeping caused by the affects of gravity. And it’s mighty fine to look at too.

The Montblanc Star Legacy Exo Tourbillon Skeleton Limited Edition has been reinterpreted as a fully-skeletonized, three-dimensional work of art. The Manufacture Calibre MB M18.69 has 188 components and 420 inner angles and each component and angle is painstakingly crafted and hand-decorated. Adding to the visual appeal in this watch is the skeletonized treatment. A skeleton watch means it has no dial, or a small dial compared to the size of the bezel and case, thus exposing the movement. Since the manufacture went to great lengths to create the tourbillon, why not highlight it for all to see?

The three-dimensional construction of the movement offers a different level of suspension. It seems a trick of the eye at first because you only see one stainless steel arm supporting the entire mechanism. The main plate is supported by five pillars plus the barrel and train bridges. The Exo Tourbillon balance wheel is in the front with the off-centered domed hour and minute dial at 12 o’clock. This watch takes being skeletonized to a new level too, giving a nearly-full view of the entire movement from every angle.

Being that the movement is extremely exposed, trust Montblanc to make each and every detail worthy of perusal. The artisans in Villeret not only made all components in-house, they decorated the 188 components of the calibre with traditional horological finishings. They employed techniques such as circular graining, mirror-polishing, and beveling with inner angles. The inner angles alone, all 420 of them, took more than two weeks to decorate. As Montblanc explains, “There are different types of angles, but the inner angles ( 90° < to <180°), where the meeting point of two chamfers creates a sharp intersection, are very difficult to achieve. It is impossible to make these with a machine and each artisan develops his/her own technique and tools in order to work each tiny component.”

And sometimes that tool comes from nature itself. An interesting side note, some artisans in Villeret use the stem of flowers from a soft local wood (the gentian plant) when polishing the components with the diamond paste. Perhaps the reaction between the endemic plant and the diamond paste helps create the distinctive shine.

The case of this watch is something to marvel at, considering that it must be strong enough to support the bridge configuration without relying on the stability of a full dial to help. The movement’s main plate is secured to the internal sides of the case, adding to the appearance of full suspension. The 18 K rose gold case is 44.8mm in diameter and has a sapphire crystal on both sides. Typically, you look at the case; with this watch, you also look through it. The dial, though not the main attraction in this watch, is still given proper treatment with the 18 K gold and ivory Grand Feu enamel. The 18 K rose gold leaf hour and minutes hands echo the rose gold case.