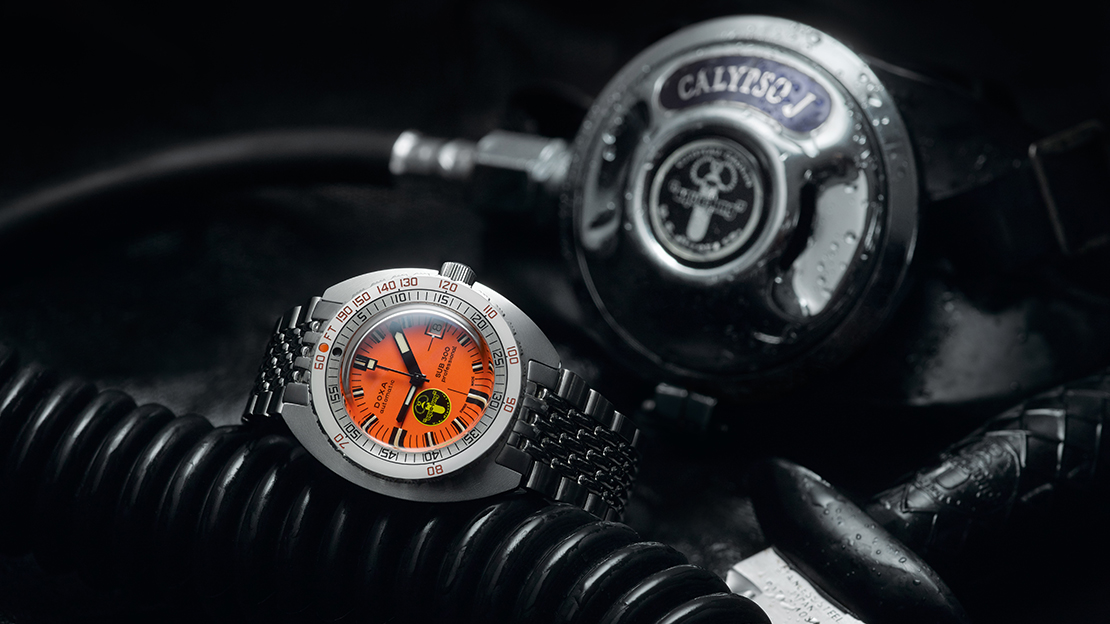 “Throughout its long history, the DOXA name has been synonymous with quality, but for the last twenty years, it has grown into a trusted name in e-commerce sales as well. We’re proud to partner with brands like StockX who are continuously driving innovation and excitement in the online watch retail space,” said Rick Marei, General Manager of DOXA Watches USA.

For the chance to receive a “Black Lung” participants will simply need to enter a bid at https://stockx.com/doxa-sub-300-black-lung-restockx for the retail price of $2,590. StockX will then select five bidders at random who will receive the watch at the $2,590 retail price. Bidding will be open March 9 to March 11, winners will be announced on March 12. Only the five selected winners will be charged for the bid.

Introduced in 1967, the DOXA Sub 300 immediately found a home on the wrists of divers worldwide, attracting amateur and professionals alike. With its soft cushion case design, unidirectional rotating timing bezel, flexible beads of rice bracelet and signature bright orange dial, the DOXA Sub 300 caught the attention of legendary explorer Jacques Cousteau. Cousteau liked the design so much he selected the watch to be offered through his diving equipment company, US Divers; and cut a deal with DOXA to be the sole distributor in North America – adding an authenticity and a historical seal of approval most brands could only dream of.

Today, DOXA continues to produce high-quality diving watches with an unprecedented respect and engagement with the collector community and has a long-standing tradition of issuing special limited editions in response to consumer demand. As such, 2017 saw the introduction of a limited run of pieces paying homage to the original Sub 300 models introduced half a century earlier. Paying close attention to the original versions, DOXA released a special tribute to the highly desirable original variant in the form of the DOXA 50th Anniversary Sub 300 “Black Lung”, which sold out in less than 24 hours.

The DOXA special offering on StockX makes available 5 pieces of the Internal Use edition of the 50th Anniversary Black Lung, a small edition of 50 pieces issued only to dive instructors of Aqua Lung worldwide and DOXA employees who contributed to the release of the 50 anniversary SUB. This StockX special offering gives those that missed out on the initial offering one last chance to acquire the timepiece that forever changed the history of the dive watch.

“It’s an honor to be working with DOXA to bring these five special watches to market one last time,” said Blake Buettner, Director of Watches at StockX. “The historical significance of this piece can’t be understated and having these watches on StockX will bring the amazing story of the Sub 300 Aqua Lung to a broad and diverse new audience. The anonymity, transparency and authenticity of the financial markets have been foundational to the largest economies in the world, and at StockX we apply those three key elements to all transactions across our online consumer marketplace.

StockX has been hugely successful connecting buyers and sellers using the exact same method as the stock exchange, a model that is completely unique to the resell market. All products bought and sold over the platform are physically authenticated, and StockX provides historical sales data for every transaction, ensuring that people know the true value of what things are actually worth. This is the most efficient method for buying or selling anything, and StockX has successfully applied it to the distribution of sneakers, streetwear, handbags and watches.

Find out more about the DOXA special offering here: https://stockx.com/news/doxa-black-lung-restockx