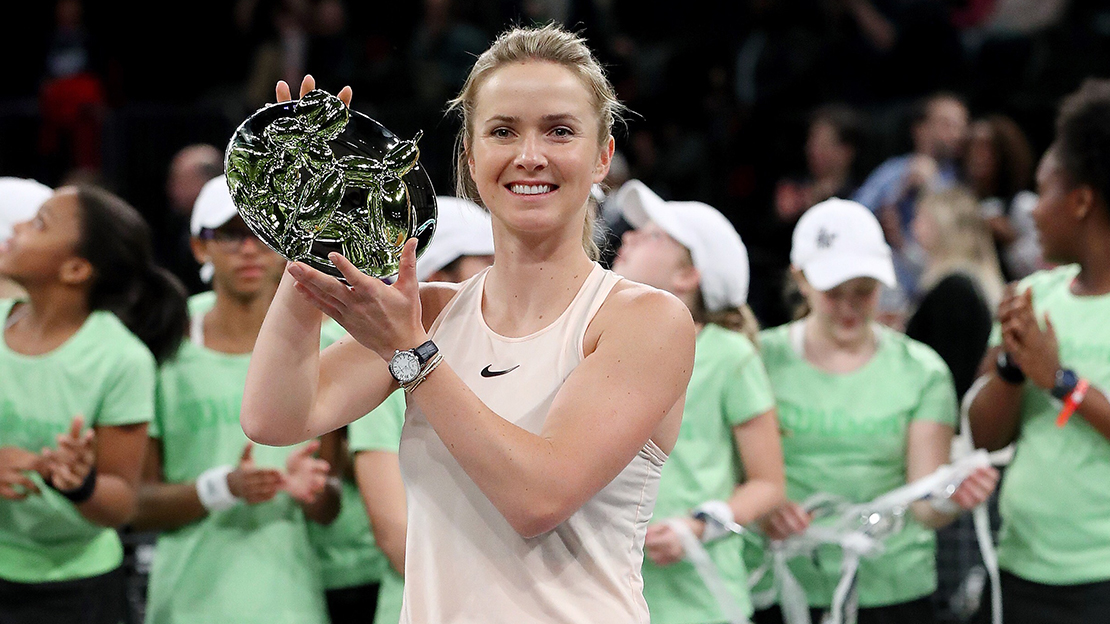 Eight of the best female tennis players in the world under intense pressure. Every point counts. Only one player will emerge victorious. This is “Tie Break Tens,” the highly anticipated tennis exhibition tournament at Madison Square Garden, where Ulysse Nardin announced its renewed partnership with the new star of women’s tennis and great winner of this tournament: Elina Svitolina.

Elina Svitolina and “Tie Break Tens” have taken New York City by storm! Following enormous success at the sold-out tournament in Melbourne, on Monday night “Tie Break Tens” held its first-ever tournament on US soil at Madison Square Garden, an iconic venue. This time around, it was the women’s turn, with eight world-class female players battling it out three days before International Women’s Day. Among them was Ukrainian legend-in-the-making Elina Svitolina, beating the Chinese champion Shuai Zhang. This season, the twenty-three-year-old athlete burst into the tennis firmament with a complete game and a mastery of every shot: 4th in the WTA rankings, she is now one of the world’s rising tennis stars.

“Tie Break Tens is first and foremost a chance to face off against the best female players in the world, in such an exciting and iconic venue like Madison Square Garden,” Elina stated. “This ultra dynamic way of playing is always a challenge, but my competitive spirit and drive give me wings. I’m proud to wear Ulysse Nardin’s colors; I think every top-tier athlete has a watchmaker that’s near and dear to their heart. Self-control, a perfect mastery of time, and a love for perfection. Whether on the tennis court or in the world of Fine Watchmaking, it’s always a question of precision, mastery, and the beauty of movement and performance. ”

After tenaciously working to continuously push her limits and go out of her comfort zone, Elina has succeeded in her goal: becoming one of the top headliners in the WTA circuit.

“I’m very excited to be renewing our partnership with Elina,” said Patrick Pruniaux, CEO of Ulysse Nardin. “We need someone like Elina–determined, ambitious, and a leader–to help us capture the fresh and audacious youth of today. Thanks for joining our team, dear Elina; welcome on board! ”

For this event, Elina wears the CLASSICO JADE, a round 37 mm steel watch with a blue Alligator strap, recently launched by the Le Locle-based Manufactory during the latest Salon International de la Haute Horlogerie held in Geneva in January 2018.