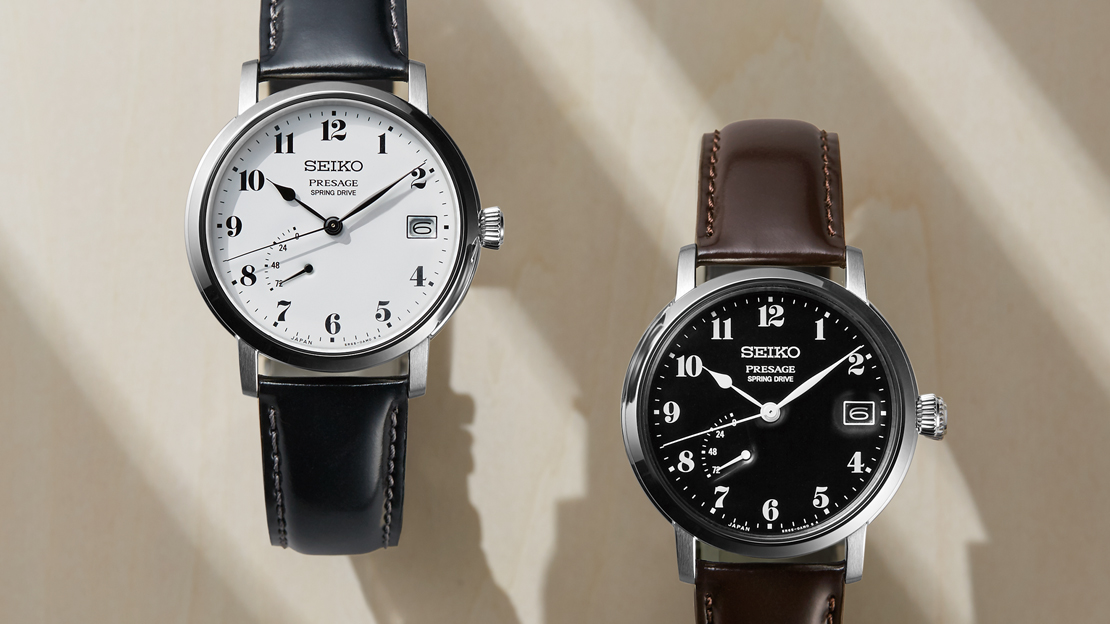 THE, uhm, horologic enigma that is the Seiko Spring Drive has arrived within the cases of the brand’s Presage collection.

While erstwhile powered exclusively by self-winding tickers (at least the modern ones, or those made since 2016), the Presage for the first time sees two new models — to reach stores in October — spun by the cal. 5R65 Spring Drive. This movement is accurate to within one second per day (or 15 seconds in the course of a month, actually) as it dazzles with its silent, completely fluid, gliding second hand.

The Presage also draws on its distinct, refined aesthetics and finish — especially impressive at its price point — by subtly reinterpreting the looks of a few of the current models in the Spring Drive pair. Seiko turned to the works of the late Riki Watanabe, with whom the brand had numerous and a longtime association, in rendering the latest Presage pieces. Because Watanabe died in 2013, Seiko worked with a trusted, close colleague of the designer.

The result are watches reflecting Watanabe’s style, meaning it is decorated just so — nothing more — and which mixes classical and modern touches. The numerals, for instance, are in ornate Didoni font, but the 40-millimeter-wide steel case is sparse, with straight lugs and a slender bezel that is almost industrial. The dial’s surface is largely unadorned, too, its markings minimal, and with only a date window and a power reserve meter residing over the landscape. The flourishes of the hour and minute hands only tie the curlicue of the numerals together. Domed sapphire crystal adds further elegance.

The dials come in either white (ref. SNR037) or black (ref. SNR039), coated in enamel. These are made by master craftsman Mitsuru Yokosawa and his team — enameling requires an expert touch.

On the opposite side of the watch is a sapphire crystal window through which the cal. 5R65, which has 30 jewels and a 72-hour power reserve, is displayed. Watch its workings. It’s, well, enigmatic.