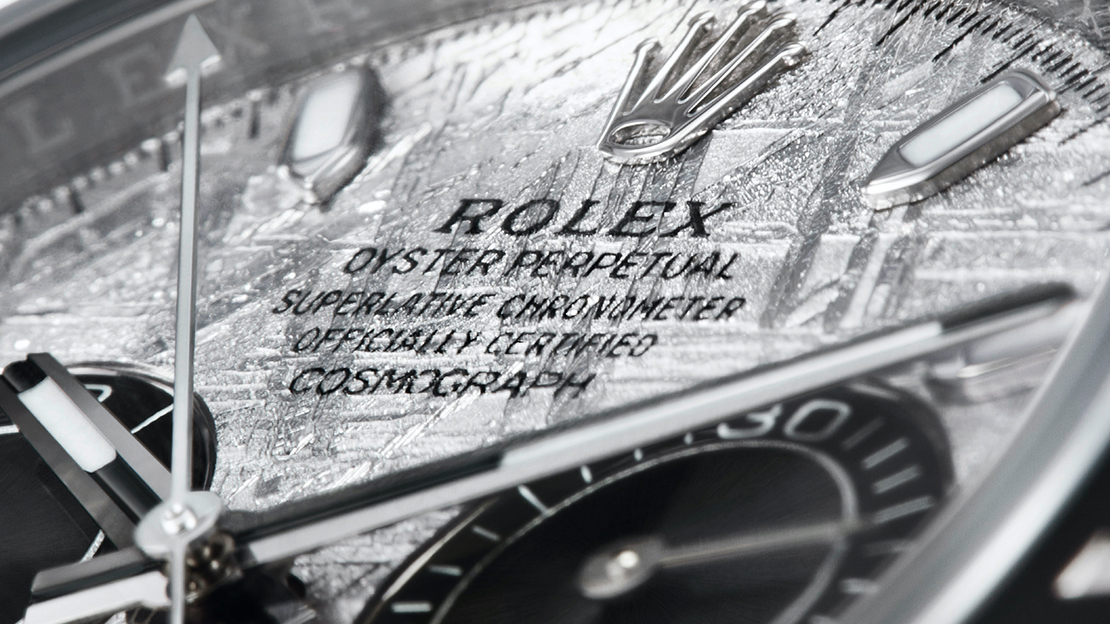 Rolex presents three exclusive versions of its Oyster Perpetual Cosmograph Daytona. All three feature a dial that is, quite literally, out of this world. The watch faces are made from metallic meteorite from an asteroid that landed on our planet millions of years ago. On its space voyage, this asteroid (composed primarily of nickel and iron, cooled by a few degrees Celsius every million years, creating a unique and distinctive crystallisation within the material.

When this material is cut into thin sections, its beauty is revealed. These fascinating formations are known as Widmanstätten patterns. Since these are not manufactured, the patterns are quite unique.

These new versions of the Cosmograph Daytona are equipped with the Calibre 4130, a self-winding mechanical chronograph movement entirely developed and manufactured by Rolex.