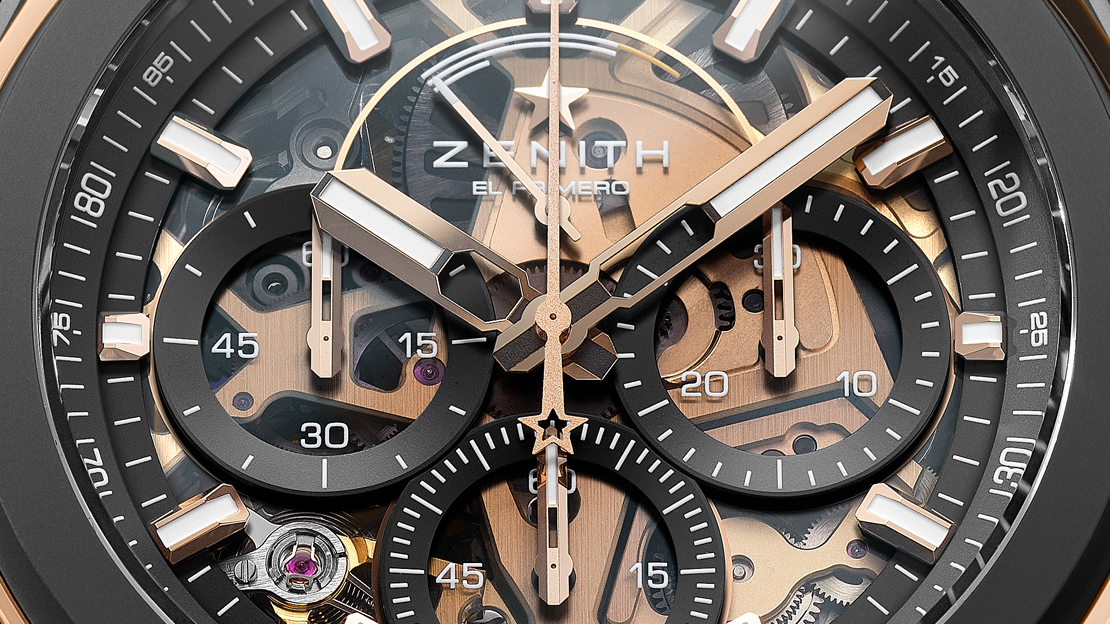 The last time Calibre caught up with the always passionately articulate Zenith CEO Julien Tornare was in January for the 2021 LVMH Watch Week. He talked about “bringing the brand to another league,” true fighting words despite the pandemic.

“We 2020 started in a good way; we had to adjust and had to find solution,” Tornare had said in exclusive online interview with Calibre Editor in Chief Carl Cunanan and this writer. “It’s been tough, but it’s been a great professional and personal learning experience. We had to show agility and flexibility to adapt to the situation.”

The executive had been very enthusiastic about the then just-launched Chronomaster Sport with the distinctive tri-color chronograph registers and, more importantly, powered by the present iteration of the iconic El Primero movement that also went with these classic watches when they first captured the imagination in 1969. Market reception to the new timepiece had been very warm.

Tornare, who joined the company in 2017, is not coy about his aspirations for the brand. He declared, “I want 2021 to be better than 2019, and 2019 was a record year for us… over the next four years I also have a big objective by 2025 – to go back to being a key brand of the Swiss watch industry. (I want Zenith) to recapture the high-end chronograph segment, which is historically ours.”

While the El Primero comeback is undoubtedly one of the drivers to achieve that dream, Zenith is also moving in other areas, such as its Revival collections, the Icons program, and the storied Defy collection. The Defy is noteworthy in particular because it was revived during Tornare’s first year in the company.

Arguably the centerpiece of Zenith’s participation in Watches & Wonders (WAW) 2021 is the Defy Extreme line – a collection of rugged, eye-catching timepieces collection “pushing form and function to new heights.”

We start with its engine, the El Primero 9004 Automatic, which boasts a 1/100th of a second automatic chronograph with two escapements, “beating independently at 36,000 VpH for the timekeeping part and 360,000 VpH for the chronograph.”

It is ensconced in a large, robust, and sharp-looking 45mm case boasting 200 meters of water resistance. Zenith adventure-proofs the watch with pusher protection and a screw-down crown. Under the bezel is a nod to the Defy A3642 from the 1960s with its 12-sided caseback.

But the main stage remains the front with its striking openworked tableau. Underneath the sapphire crystal is a busy tapestry of “applied oversized and slightly overlapping chronograph counters that emphasize volume and legibility.” Despite a busy fascia, if you want the time, the Extreme delivers the information legibly, care of oversized hands and applied hours. In case of a total eclipse (or nighttime), Zenith says the watch is given “copious” amounts of Super-LumiNova. And “to further enhance the tonality of the watch and the depth of the movement, the movements are colored galvanically to match and complement their sturdy exterior: Black for the matte titanium, blue for the polished titanium, and gold for the titanium and rose gold.” That means care and attention was given to all colorway in other to make each shine.

The complications include a seconds dial at nine o’clock, 1/100th of a second chronograph, a central chronograph hand that makes one turn each second, 30-minute counter at three o’clock, a 60-second counter at six o’clock, and a chronograph power-reserve indication at 12 o’clock. Power reserve is rated at 50 hours.

If you decide getting any of the three Defy Extreme models, you get three straps which you can swap easily through a quick-change mechanism. The straps included are “a microblasted or polished and satin-brushed titanium bracelet, a rubber strap with a folding buckle matching the case and (a first for the company) and the Defy line,” and a Velcro strap.

Speaking to Tornare again for WAW 2021 ahead of the Zenith unveilings, we found him, well, extremely proud of the Defy Extreme, and particularly loves the easy-to-use strap system, which he expects people will appreciate as well.

We asked him if these all fit in his grand scheme to restore Zenith to the top of the luxury chronograph food chain. Of course, the answer was the affirmative – and he reiterated how the company expects 2021 will be a standout year. They’ve already had a “record” first quarter, he revealed. Referencing the Chronomaster redux, Tornare said, “We created a monster in a good way,” and projects the continued growth of the brand through e-commerce.

The mindset, he had opined in January to Calibre, is to “have a start-up concept,” and that will be the motivation to enable the brand to achieve more.

“The objective is to make people happy when you sell watches. Nobody needs those watches even though they’re beautiful. In the end, it’s about pleasure and emotion,” underscored the Zenith CEO.