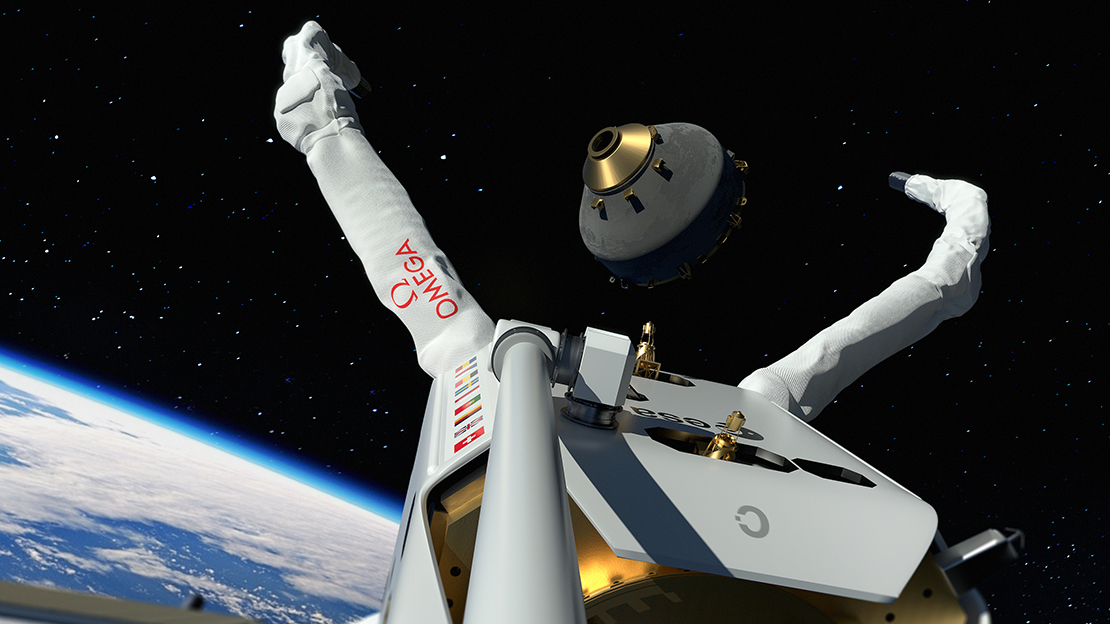 The year 1962 was filled with momentous events that left a mark in our history. In August, for example, Marilyn Monroe was found dead at her home from an overdose. On that same month, Nelson Mandela was arrested. In October, a U.S. spy plane caught sight of nuclear missile launchers in Cuba, forcing then U.S. President John F. Kennedy to call on Soviet leader Krushchev to remove them.

But despite these dramatic news, some good also came from that year. One of those was the release of the first James Bond movie. Another was the first OMEGA wristwatch to reach space, as worn by astronaut Walter Schirra during the “Sigma 7” mission of the Mercury Programme. OMEGA’s story in space continued to 1969 when it accompanied the first men on the moon.

This year, the Swiss watch brand continues that story by teaming up with ClearSpace in the latter’s efforts to remove floating debris in space. Currently, there are thousands of satellites orbiting the Earth. A huge percentage of them are not in use and are uncontrollably orbiting around our planet. These objects may collide with other space debris, or even functioning satellites that we on Earth use regularly – e.g. climate monitoring, weather prediction, GPS, and the internet, to name a few.

OMEGA President and CEO Raynald Aeschlimann stated that this was “the logical next step for a brand with a proud history of both space exploration and Earth conservation” and described the ClearSpace initiative as “one of the most important, inspiring, and exciting projects since the launch of the Apollo missions.”

With their new partner, OMEGA continues their space story and affirming their commitment to creating a more sustainable future for everyone.