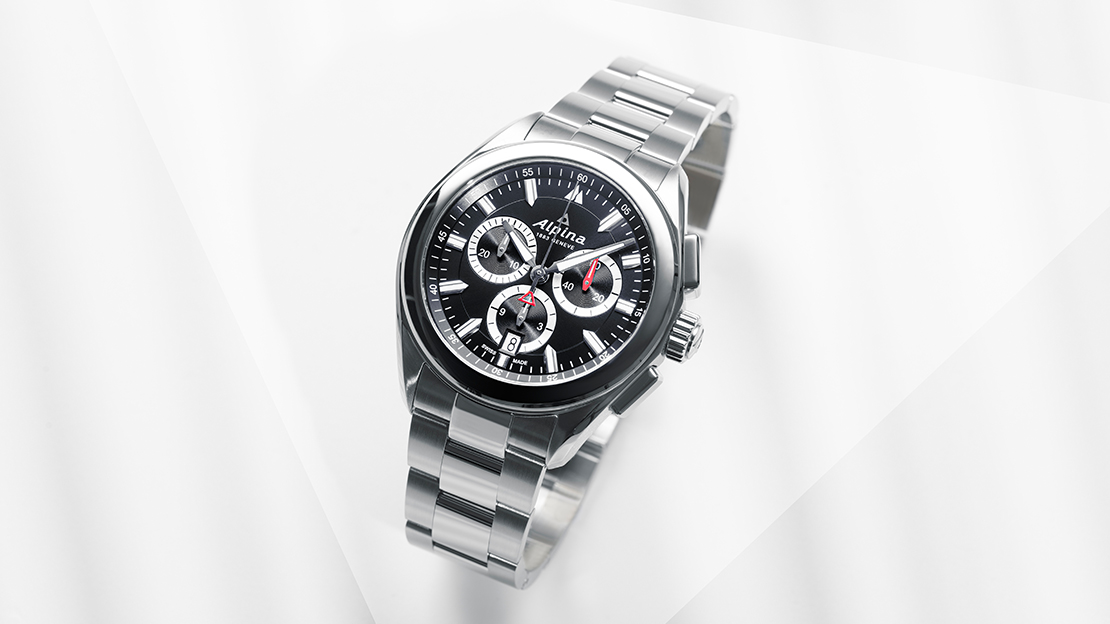 To celebrate this collaboration, Alpina reveals the Alpiner Quartz Chronograph Freeride World Tour 2022, an exclusive watch limited to only 100 pieces.

The Freeride World Tour is the most demanding skiing and snowboarding competition, attracting the best athletes from across the globe. The Tour will be celebrating its fifteenth anniversary this year.

The competition begins in Spain from January 22nd to the 28th, followed by the traditional stop-over in Andorra, at Ordino-Arcalis from January 30th to February 5th. The tour will then continue in Canada, then at Fieberbrunn in Austria and finish off on the iconic and majestic Bec des Rosses at Verbier in Switzerland from March 23rd to April 3rd.

To celebrate its fifth year collaboration with the sport, Alpina dedicates the Alpiner Quartz Chronograph, a descendant of the famous Alpiner4, created in 1938. Back in those days, in order for a watch to be called a sports watch, it had to have four characteristics: anti-magnetic, shock resistant, waterproof, and made of stainless steel. The new Alpiner Quartz Chronograph Freeride World Tour 2022 proudly carries those qualities, with one more to boot: a chronograph.

The 42 mm steel case houses a quartz movement because a quartz calibre offers a couple of exclusive strengths. The first is longevity, it can be used for up to four and a half years without intervention. The second is that quartz is practically shock resistant and guarantees chronometric accuracy far greater than that of a mechanical movement.

For the past four years, Alpina and the Freeride World Tour shared the common values of the mountains, sport, excellence, performance and precision. This year, the Swiss watch brand is proud to be their partner once again, to be able to witness the ascension of the athletes to reach their peak, and excel.