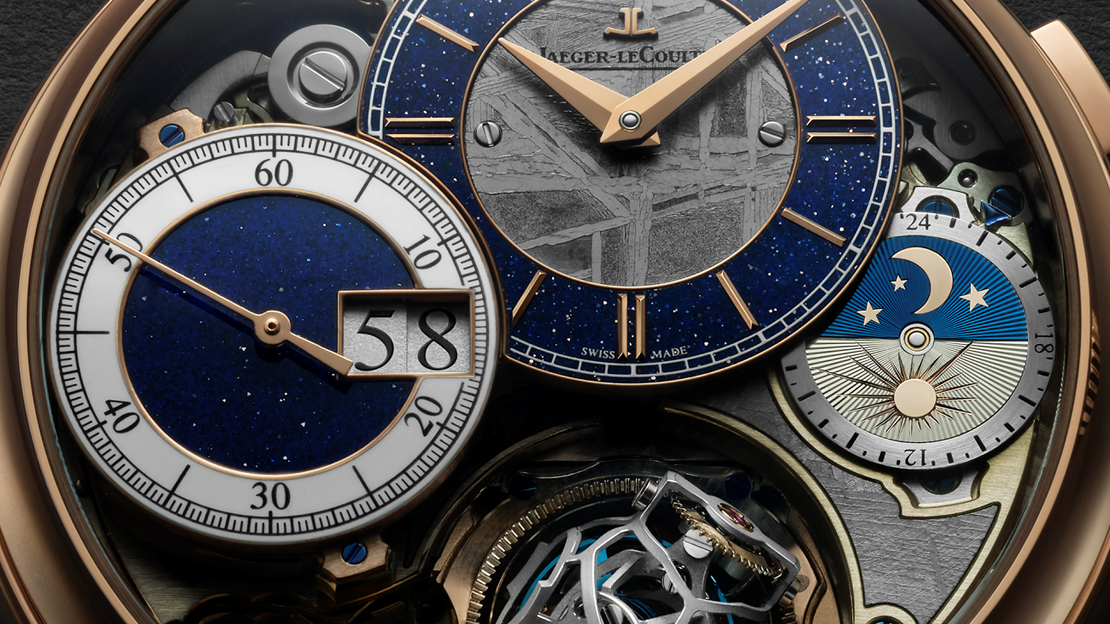 HOW old the rock it came from, nobody knows for certain. Exactly when it crashed on Earth is unknown, too. What’s on record is the year it was ascertained to be of extraterrestrial origin — 1836, when Englishman J. E. Alexander brought samples taken from the Great Namaland in Namibia back to England so these could be analyzed. The native Nama people, meanwhile, have long been using it to make spearheads and other tools.

It’s called the Gibeon Meteorite, of which the largest chunks have since been appropriated for specific uses when these were discovered in a Namibia area measuring about 275 kilometers long, 100 meters wide. Some smaller fragments of this space-traveling rock continue to turn up today, but those which have been earmarked for commercial purposes are dwindling in numbers — no surprise, really. Whatever Gibeon Meteorite exists now is all the Earth has.

But, then, how can Jaeger-LeCoultre top its own masterpiece? In technical terms there probably isn’t much else which can be done. A gyrotourbillon — a multi-axis tourbillon with two cages moving independently from one another — is complicated enough. And, in this watch, this is combined with a day-night indicator and a chronograph with a digital display. This leaves the watch’s aesthetics as the sole area which Jaeger-LeCoultre could further explore.

So the watchmaker called on the skills of its Rare Handcrafts artisans to elevate the Gyrotourbillon 3 to the next level. Still showcasing the classical hand-guilloche, engravings and grand feu enamel flourishes, the new rendition of the watch introduces the rare meteorite inlay.

On the Gyrotourbillon’s dial side, the Gibeon Meteorite appears as a grayish, silvery disc on the hour and minute subdial. Unlike the night sky depiction surrounding it, which is rendered in deep blue aventurine and starry grand feu enamel, the meteorite is unmistakable as a rock, albeit one with intriguing geometric markings — called Widmanstatten, these are natural parallel patterns which occur during the cooling period of the asteroid from which the Gibeon Meteorite broke off.

Pieces of the meteorite also appear on the Gyrotourbillon 3’s movement, where these are used to decorate the plates and bridges. The gray geometric patterns contrast with the blued screws, jewels and the assorted hand-chamfered and hand-polished surfaces.

Incidentally, this movement — which, by the way, features cantilevered aluminum cages that make multi-axis tourbillon seem to float in space — is Jaeger-LeCoultre’s handwound cal. 176. This 592-part calibre has a monopusher column wheel chronograph, 52 jewels and a 45-hour power reserve. It beats at 28,800vph. It’s on full display through the sapphire crystal window on the caseback.

Housing all this is a relatively beefy chunk of 18-karat pink gold measuring 43.5 millimeters wide and 15.8 millimeters thick — quite a suitable display case for the technical wizardry and the alien piece of landscape within it.