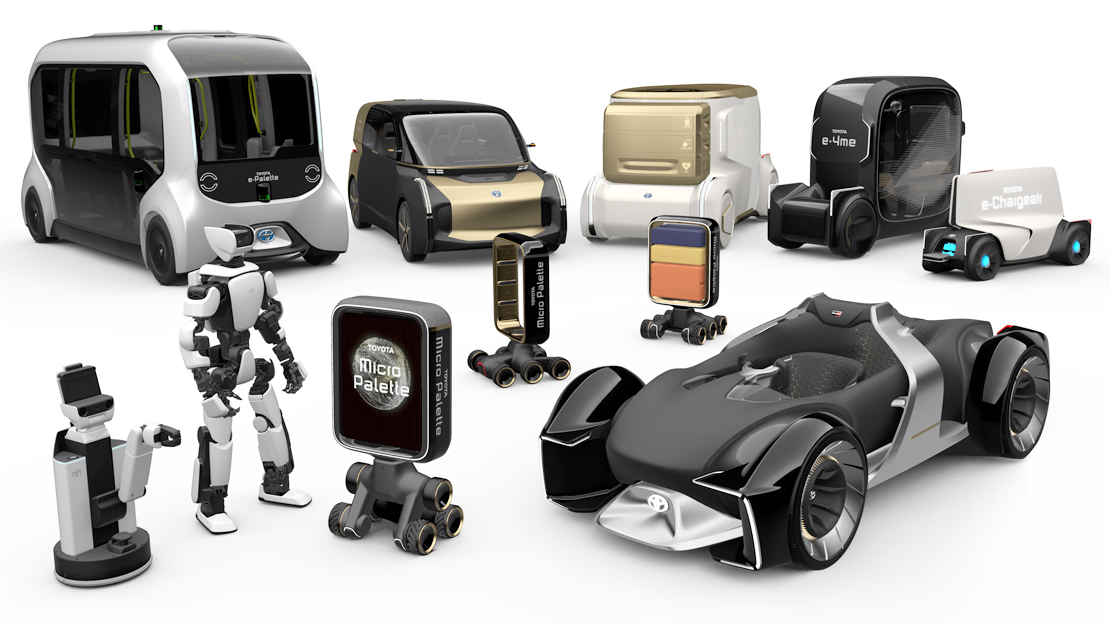 A HUNDRED years ago the automobile changed mobility as it replaced literal horse power. These days the automobile again finds itself at the center of another paradigm shift. Where it has largely served as a means of personal mobility, present societal concerns like urban congestion and pollution (or even an aging population) are forcing the automobile into a repurposed role — as a more efficient tool.

As far as Toyota Motor is concerned, this shift is based on four significant trends; connected networks, automation, shared services and electrification. Combined, these unlock new possibilities for mobility that extend beyond the limits of what the traditional automobile is capable of, according to the carmaker.

One key possibility is shared mobility. And, no, this does not mean conventional means of mass transport systems. Rather, this concerns electrified, autonomous, connected vehicles that interact with people and the environment around them, and which are accessible to all — the elderly and PWDs included.

Toyota thinks this is the future. And so as we speak it is currently transforming itself from being an automobile manufacturer to one which is in the business of providing mobility to society. And because Toyota is the world’s biggest carmaker, this year’s Tokyo Motor Show adopted the same concept as it focused its presentations on various mobility solutions rather than on cars — this was a car show with few cars displayed in it.

In his presentation at the show Toyota president Akio Toyoda outlined this vision by saying he did not want to talk about cars — novel, this, considering the setting — but about people instead. “That’s why we made our Toyota booth… one in which visitors can experience a future society of mobility centered on people.”

“Our booth this time does not feature a single car ‘to be launched next year.’ All that is found here are forms of mobility that link to society and communities and that provide modes of getting around and services to people,” Toyoda said.
“[W]hen various kinds of information are linked, one would expect communities, society and, of course, cars, to become more centered on people.”

Clearly, the idea is not to build cars; the idea is to move people.
One of the key products cited by the executive as intended for this goal is the Toyota e-Palette, scheduled to debut at Tokyo Games 2020. Low-speed versions of this electrified and autonomous model will serve as people movers across Olympic venues. The vehicle can be configured to accommodate PWDs or serve as a sort of ambulance. And it promises easy ingress and egress for everybody.

But Toyoda stressed the e-Palette can in future be used as an office, a shop, or even a hotel. “It will be able to become various kinds of services, and it will go to people,” he said, underscoring the self-driving function of the model.

The goal of such autonomous vehicles, according to Toyota Research Institute CEO Gill Pratt, is to amplify human capabilities — not replace them.

“Robots that can assist us on the job, or cars that avoid crashes when we drive, will offer direct physical benefits to individuals and society. Technology that will allow us to age in place with dignity, or to take greater joy in personal mobility, will offer enormous emotional benefits. But combined, these emotional and physical benefits will help build a new relationship with technologies that are designed to make life more fulfilling,” argued the executive, who added Toyota believes in the power of mobility in improving society.

For Toyoda, an autonomous, electrified, shared and connected mobility future does not necessarily mean people will stop buying their own cars anymore. He argued that even if the birth of the automobile led to 15 million horses being replaced by cars in the US, people did not stop owning racehorses. Following this logic, Toyoda said car ownership in future will become even more “personal;” people who would actually decide to buy a car — despite having access to shared mobility solutions — will use it exclusively for pleasure.
“The cars in everyone’s garages will all be sports cars,” Toyoda said as he pointed to Toyota’s e-Racer concept — one of the few cars displayed at the Tokyo show. While admitting to “overstating” the matter, he also stressed that “wanting to move about as one wishes, and wanting to go faster and farther, are universal human desires.”
Continuing on with his equine analogy, Toyoda said horses provide joy to people who love riding, and that these animals are able to communicate with people.
“Through the evolution of artificial intelligence, I think that cars, too, can also become capable of communicating with people. That’s right; I think cars of the future will be like horses,” he said.

For Toyota, future mobility is not only inclusive, but is impassioned as well.