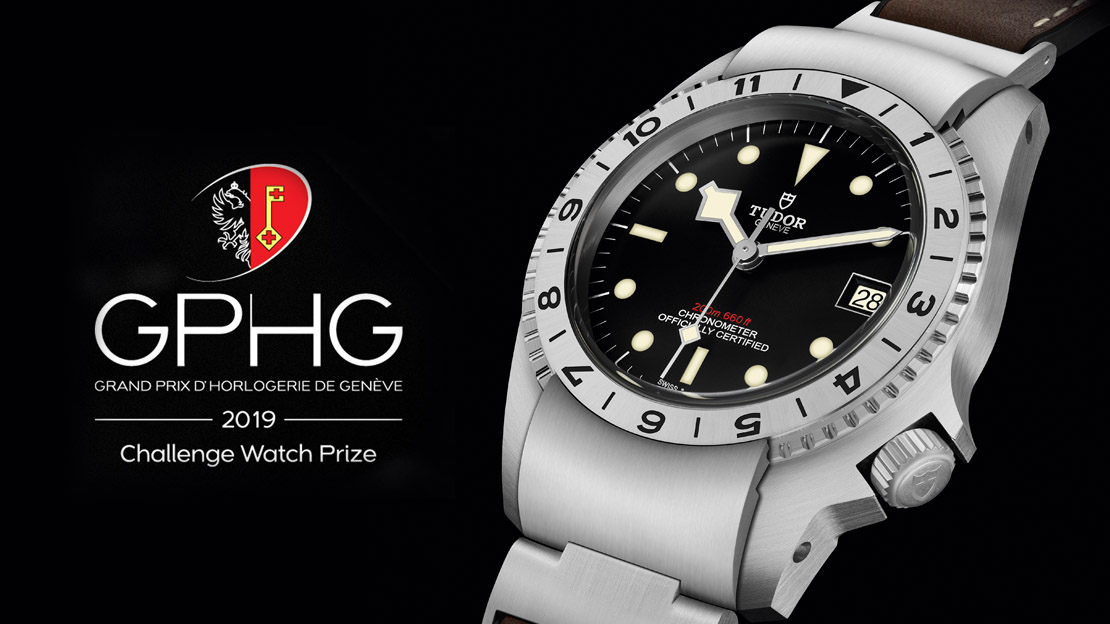 An evening at the theater in Geneva is always an adventure, and in this case it was glamour personified. The Grand Prix d’Horlogerie de Genève 2019 (GPHG 2019) held its awarding ceremony at the beautiful Grand Théâtre de Genève, and the watchmaking world luminaries were in attendance. The GPHG Foundation’s objective is to promote Swiss watchmaking and its values around the world. They celebrate the excellence in horological pursuits and have various categories for different creations. TUDOR has won the award in the Challenge Category, thanks to its TUDOR Black Bay P01.

Or rather, I should say, TUDOR has won another award this year. TUDOR first joined the event in 2013 and the Black Bay won the “Revival” prize that year. The Pelagos technical diving watch took home the prize in 2015 for the Sports Watch category. The next two years gave TUDOR back-to-back wins in the “Petite Aiguille” category – for the Black Bay Bronze in 2016 and the Black Bay Chrono in 2017. This year’s Challenge category win brings the TUDOR count to 7 in 5 years.

In the late 1960s, TUDOR developed a covert prototype watch that was intended for the US Navy. They had been providing watches to the US military since the late 1950s and wanted to up the game with something new. The new watch had to meet more stringent requirements than ‘regular’ government-spec watches. It had to be a blend of functionality and ergonomics, and prototypes were created. Unfortunately the project did not come to bear.

But fortunately some plans that lay dormant for a while are brought out into the light and given a breath of fresh air. The TUDOR Black Bay P01 model – which stands for Prototype 01 – was finally brought to life in 2019. Inspired by the prototypes created in the past, this watch is more than ready for the present.

The TUDOR Black Bay P01 is really impressive to look at. The color palette is a combination of cool black and gray. The hour markers and hands stand out against the dial. The date window is at the 3 o’clock, and the crown is at the 4 o’clock. The numbers on the bi-directional rotating bezel are clean and easy to read. The watch is equipped with a high-performance Manufacture MT5612 calibre, certified by the COSC, it has a 70-hour power reserve and a silicon spiral.

It is easy to see why TUDOR reaped another award at the GPHG this year. The Black Bay P01 is a handsome watch that deserves the Challenge category win and, after hibernating for a while, has finally come into the light.