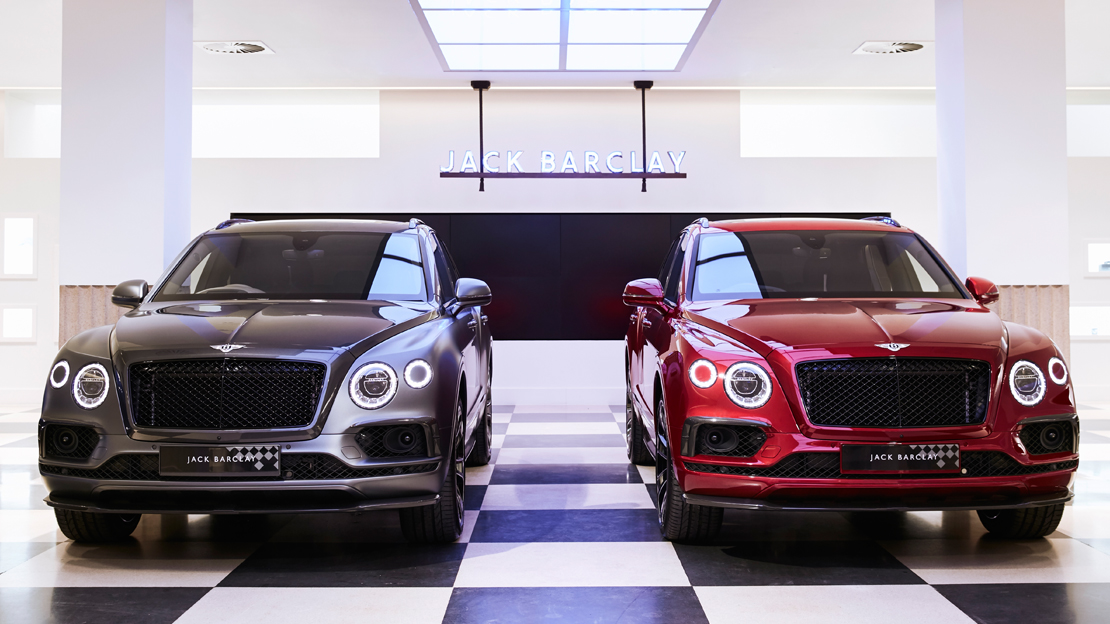 HOLLYWOOD actor Gregory Peck famously favored Huntsman’s threads; the Savile Row establishment tailored around 160 outfits for the film star during a period spanning some 50 years. In 2015 Huntsman reciprocated this admiration by mounting the much-celebrated “Gregory Peck: Style Archive of an Icon” exhibition held during the spring/summer London Collections Men event at the Savile Row digs of the haberdasher.

Now, Huntsman’s ministrations have wound their way into the posh interiors of the Bentley Bentayga.

The carmaker is celebrating its centenary — it is holding a year-long birthday bash — along with Huntsman, which also set up on Savile Row in 1919, through two collaborative Bentayga editions. Aptly brought out through Bentley’s oldest retailer, Jack Barclay, the Huntsman-kitted Bentayga was commissioned by Bentley’s bespoke Mulliner division.

Coming in Sportsman and Businessman guises, both special Bentaygas are lined with Huntsman’s iconic tweed fabrics but rendered in signature Bentley colors and trim. One of the patterns adopted is the Peck 62, made by Huntsman to mark its own centennial, and which was inspired by an original Gregory Peck coat as lifted from the Huntsman archive.

This original fabric was actually commissioned in 1962 by the screen legend for use in a sport coat. His son, Anthony Peck, permitted Huntsman to recreate it. So, from sport coat to sport-utility vehicle, this fabric goes.

The Sportsman, pitched as perfect for “relaxed countryside pursuits,” uses more of the tweed on the back of the driver’s and front passenger’s seats, as well as on the door panels. The fabric trim is matched to Imperial Blue leather covers and Liquid Amber veneer inserts, and a Candy Red exterior paintjob.

The Businessman is touted as more urbane, mixing together the tweed trim on the door panels with plenty of black anthracite and carbon-fiber pieces. Its body is finished in Anthracite Satin.

An added feature in the Bentayga Businessman is the bespoke Mulliner chessboard fitted on the center armrest in the backseat. The drawer for the chess set is trimmed in Huntsman fabric while the chessboard mirrors the Jack Barclay showroom’s checkerboard floor that has been in place since the shop moved to Mayfair in 1954. Both Huntsman’s and Jack Barclay’s logos are embroidered into the Bentayga Businessman’s seats.

That their crests are placed alongside each other is only apt; Huntsman and Jack Barclay share a long history in London’s stylish Mayfair district, recognized as the country’s epicenter of luxury and craftsmanship for the, well, tweedy. Jack Barclay Bentley was established in Mayfair in 1927, only eight years after Huntsman arrived on Savile Row.

A bonus to discerning customers who purchase a Huntsman-tailored Bentayga is a Huntsman bespoke jacket which will be delivered with the car. Certainly, customers can select from a variety of cloths and tweeds for the coat, but each one will get a lining made exclusively for Bentley.