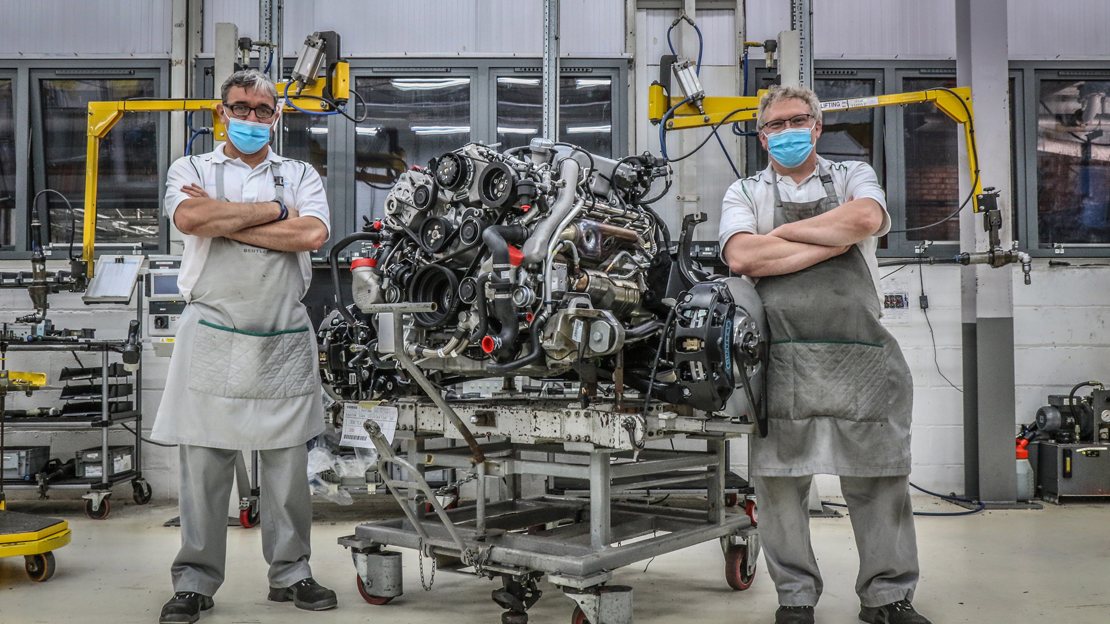 For a little over six decades, the mighty Bentley 6.75-liter V-8 engine has basically had the same configuration since it first rolled out in 1959. And in those 61 years, thirty six thousand units have been produced. This engine has been the longest serving V8 design. But sadly, this revered engine’s time has come to an end. There were 30 commissioned Mulsanne 6.75 Edition by Mulliner, and the final engine was assembled last June 1, 2020.

The Mulsanne 6.75 Edition by Mulliner will not only celebrate the production life of the Mulsanne, but will actually be some of the last Mulsanne cars hand-built in the Crewe factory. Under the bonnet, the engine intake manifold will be finished in black in lieu of the traditional silver, and the Engine Number Plaque – traditionally signed by the craftsman that built the engine – will be signed by Bentley’s Chairman and Chief Executive, Adrian Hallmark.

Originally designed by a team of Bentley engineers in the 1950s, the L-Series V8 first came into service in the 1959 Bentley S2. Since then, the original engine evolved into something extraordinary. From the original 180 bhp to today’s 530 bhp with an astonishing 1,100 Nm of torque. Through constant research, development, and continual design improvements, the modern day version of the engine produces about 99% fewer harmful emissions.

For may years, the Mulsanne was Bentley’s flagship model. But as it steps down, another will take its place. In this case, the all-new Flying Spur will proudly take the mantle as Bentley’s pinnacle of exquisite range of luxury cars. The Flying Spur is set to receive a hybrid powertrain in 2023, a symbol of Bentley’s commitment to change and their journey to define the future of sustainable luxury mobility. Bentley already took this step towards electrification with the launch of the Bentayga Hybrid, the luxury SUV sector’s first true plug-in hybrid and the most efficient Bentley to date.

“Our venerable 6.75-liter V8 has powered the flagship Bentley for more than six decades, and so has earned its retirement,” said Bentley’s Member of the Board for Manufacturing, Peter Bosch. “Now we look forward to the future of Bentley – powered our exceptional W12, sporting 4.0-liter V8 and, of course, our efficient V6 Hybrid – the start of our journey toward electrification.”