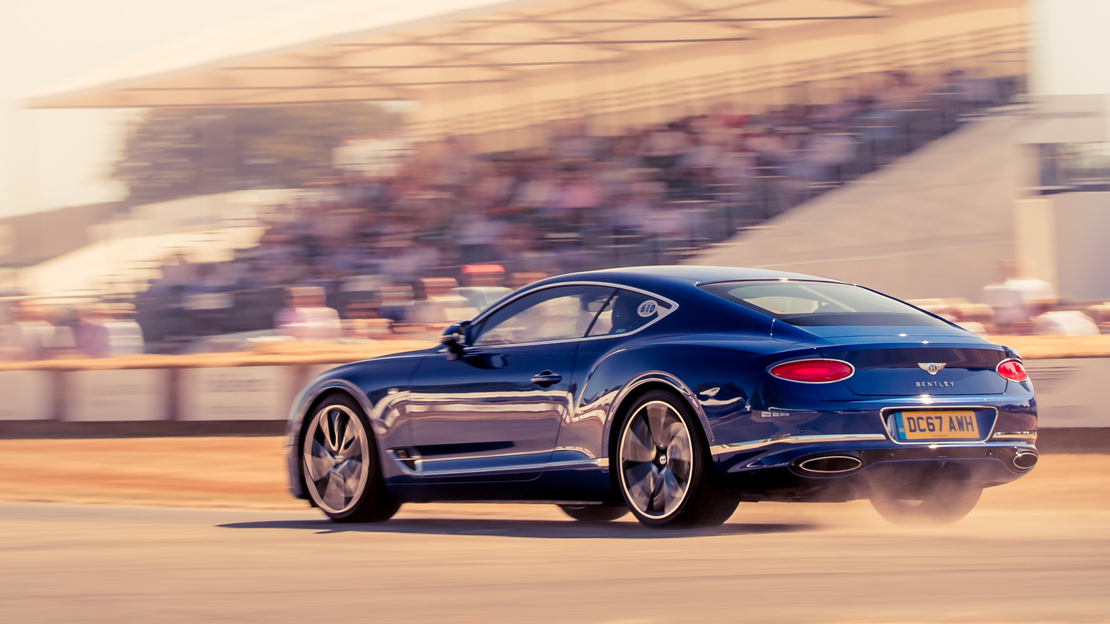 NO less than 30 of Bentley’s best and brightest models culled from the carmaker’s 100-year history are set to be shown at the Centenary Concours, the centerpiece of the brand’s presence at the 2019 Goodwood Festival of Speed which will be held July 4-7 at the Goodwood House grounds in England.

Bentley’s prominent attendance at the festival, of course, is still part of the quintessential British brand’s year-long celebration of its centennial anniversary.

To lead Bentley’s Centenary Concours is one of the brand’s rarest and most valuable — the 4.25-liter “Embiricos” Special, a Derby Bentley with a bespoke aerodynamic body built in the 1930s for the Greek businessman and race driver Andre Embericos. This unique car will be joined by rare pieces like a Gurney Nutting Speed Six, a 1948 Pininfarina Mark VI, a Continental GT Zagato and W.O. Bentley’s own 8-Liter from 1930. Naturally, the recently announced new-generation Flying Spur will be lined alongside its illustrious Bentley brethren.

Meanwhile, the star attractions in this year’s Concours d’Elegance at the Cartier Style et Luxe Lawn will be the six or more Bentley R-Type Continentals expected to show up. Considering only 208 R-Type Continentals were built in the 1950s, seeing a bunch of them in one gathering is quite a rare treat.

Plus, the Goodwood Hillclimb — the legendary feature race of the Festival of Speed — is set to include in its grid more Bentleys than ever before. Goodwood organizers actually curated which Bentleys to put on the starting line, picking four cars which best define the chapters of the marque’s motor racing history. To form the “Bentley Racing Class” are the EXP2, the 1929 Birkin Blower, the 2003 Speed 8 No.7 and the 2018 Continental GT3.

The EXP2 is the second prototype built by W.O. Bentley and was the first Bentley to go racing; this was in 1921 and 1922. It is also, well, you know, just the oldest surviving Bentley in the world.

The 1929 Birkin Blower No.2 raced at Le Mans in 1930 and is the most campaigned among the four team cars built for Tim Birkin. It will be driven up the hillclimb by Katarina Kyvalova, the founder of the Bentley Belles, a group of female drivers that race historic Bentleys around the world. Kyvalova will be driving one of the most valuable Bentleys in the world.

The 2018 Continental GT3, for its part, arrives at the Festival of Speed fresh from winning the 1,000-kilometer Blancpain GT Series Endurance Cup Race at Paul Ricard in the hands of Steven Kane, who will also take the wheel at Goodwood.

The racing Bentleys will then be joined on the hillclimb by four Grand Tourers from the current model range. The Continental GT and new Continental GT Convertible will race in the Supercar class while the Bentayga Speed and new Flying Spur will make their UK debuts as part of the hillclimb’s First Glance class.

Bentleys do beckon at Goodwood.