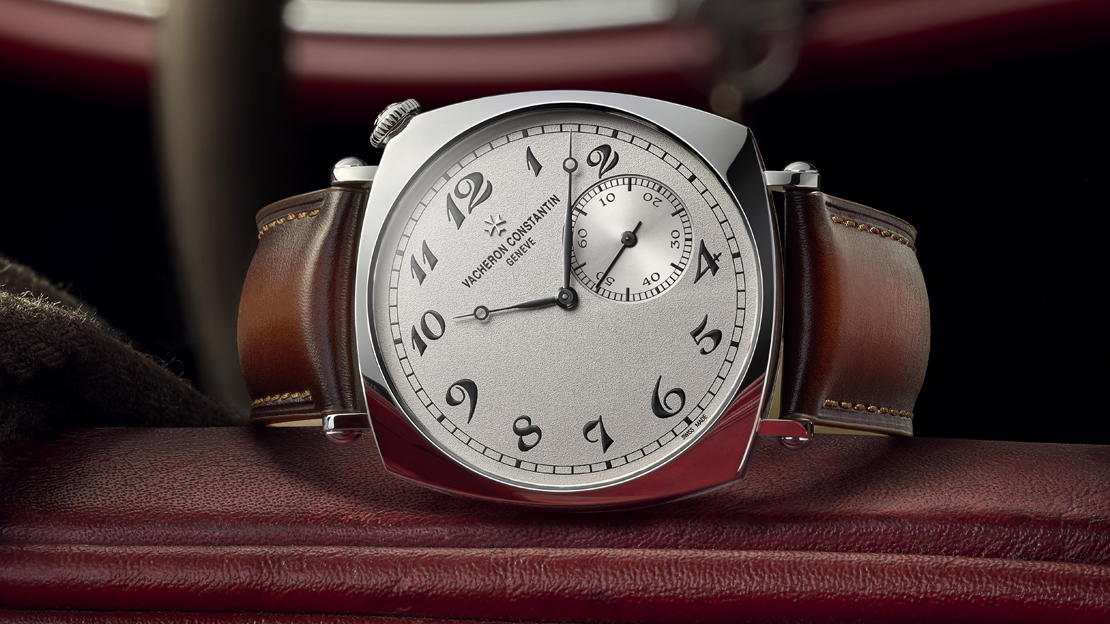 A century hence, Vacheron Constantin brings back the quirky yet elegant American. Revered as one of the “most iconic designs” of the watchmaker, the American is distinguished by its off-kilter dial and crown on the one o’clock position – which is also where the 12 o’clock position is. It actually first appeared in 1919 (with a mere 12 examples) and again in 1921 (with 24).

During an online presser, VC Chief Marketing Officer Laurent Perves and Style and Heritage Director Christian Selmoni discussed how the “Roaring Twenties” in America were an “era of changes,” and it was in that context where the American made its debut.

So named as it was made and marketed for the US, the American 1921 now takes its place in the Historiques collection which “offers reinterpretations of the most significant models from the Maison’s heritage.”

It comes in two basic versions: One with a platinum case and dial limited to 100 units, and another enrobed in gold and with a finely grained silver-tone dial. Powering both is VC’s Calibre 4400 AS with 21 jewels and 65 hours of reserve power in this manual wind.

One might wonder whatever possessed VC to position the dial so. Well, the American was essentially conjured for drivers who now didn’t have to lift their left hand from the steering wheel to read the time.

Today, aside from being a worthy throwback to the last century, the American 1921 also serves to underscore, among other things, VC’s key value of looking for a “twist” in its designs. This is a most literal “twist” of course, one that highlights both the brand’s pioneering spirit while serving as a respectful nod to its history.

The American goes by another interesting name, “the preacher’s watch,” in reference to English-born American Samuel Parkes Cadman. He was a liberal Protestant clergyman, newspaper writer, and pioneer Christian radio broadcaster who had famously used the American while speaking at the pulpit – glancing at his VC to keep track of time. Cadman was notably “an early advocate of ecumenism and an outspoken opponent of anti-Semitism and racial intolerance” in the 1920s and ‘30s.

Today’s platinum version banners a sandblasted dial platinum with a “Pt950” hallmark at the three o’clock position. Hour markers and hands are applied with 18K white gold; hours and minute hands are in 18K white gold as well, while the seconds hand is in blue steel. The dark blue strap is in alligator leather, hand-stitched with 950 platinum and silk.

The other version gets 18K gold blackened hours, minutes, and seconds hands. VC also gets into a special collaboration with famous Milan-based leather goods maker Serapian to source the patina burgundy and an additional patina dark-brown calf leather straps of the American.

VC said that the American’s design is a “perfect example of audacity, innovative aesthetic and refined understatement – a perfect expression of ‘classic with a twist.’”

Don’t we all love plot twists?