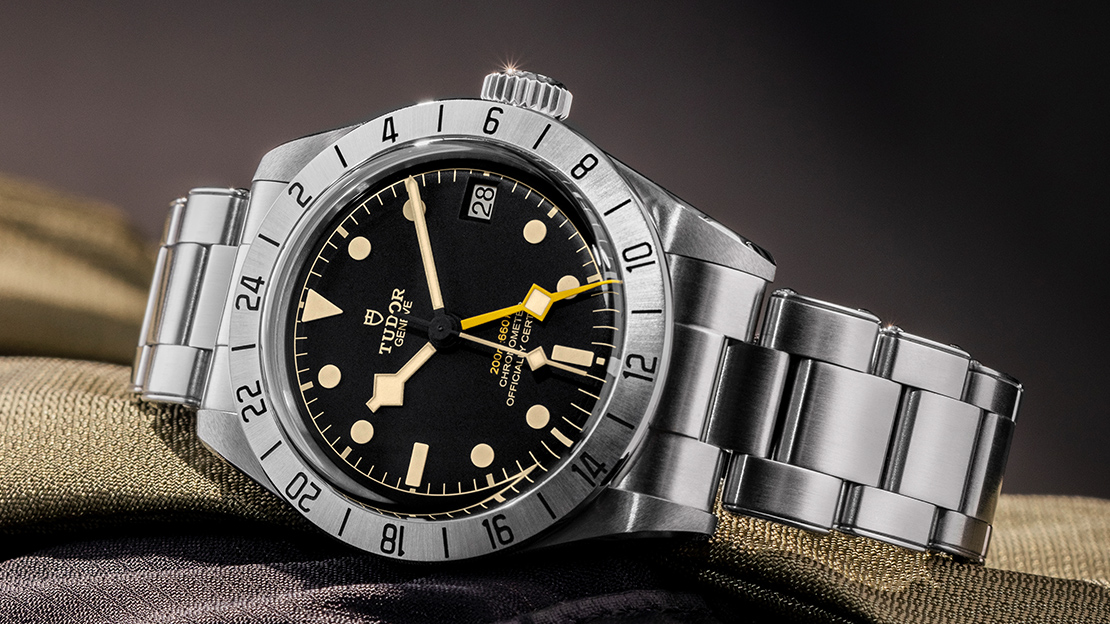 With all the varied sources of attention the Tudor Black Bay Pro was getting, when people saw it on my wrist or when we put it in social media, some were saying that this new watch was the “big change” timepiece for the Swiss watch company.

That this was what will signify the rise of Tudor.

Actually, as good as the Black Bay Pro is, and it is, it is more of an indication of how well Tudor has been doing things for quite a while. What the Black Bay Pro is doing is getting attention past the more intense levels of enthusiasts and collectors and tapping a wider range of interests.

That means that it is drawing from people who will have the Black Bay Pro as their first big purchase at the same time that it will draw people for whom it would be their least expensive purchase. All the while continuing to draw from those of us who happily allowed Tudor to enable our crazes with wonderful pieces that hit us just right.

“The secret handshake of true watch enthusiasts,” was how one friend put it.

But the Black Bay Pro is really the latest in a set of strong pieces, and nothing shows this more than a recent get-together we had which was Tudor-focused mainly because everyone wanted to see the Pro.

This group had Black Bay GMTs, Black Bay Fifty-Eights, and a Pelagos FXD. We have always loved the GMT, but what really caught our attention in this meet up was the array of Fifty-Eights. Each one had something specific going for it, several things actually.

The earliest one in the bunch was the black face with gilt around the indices and hands. That had a look more classic and vintage-y.

Next was the blue face with solid white indices and hands. A more modern look perhaps, or more minimalist and striking.

Then we had the non-steels. The Bronze watch had a reddish/burgundy bezel and numerals on 3, 6, and 9 with nice thick outlines around the indices and numerals.

One of the favorites was the sterling silver model, with silver outside the white dials and numerals on a silver-grey dial. Wonderfully elegant, and with a luster different from the others. The owner of this one just came from a beach trip in which he actually dove with the watch. So no safe queens here.

Then we had the Pelagos FXD with a titanium fixed-strap case, for which we actually had to do a video on how to put the straps on and off. It is a wonderful piece, so nicely shaped and structured.

All of these are strong pieces, and the fact that there is so much distinction in the popular Black Bay Fifty-Eight line is much appreciated and is quite well thought out.

So the Black Bay Pro fits right in with the family. Some collectors felt that the Pro actually felt more solid that the Fifty-Eight on the wrist. The stainless steel fixed bezel catches eyes when worn, and while it may look shiny at first when on your own wrist when you see someone else wear it the look in one of muted elegance and subtlety. This is a bezel that will look even better with, as one collector said, the battle scars of daily use.

And the Black Bay Pro is a very good choice for a daily use watch, especially when travelling. It isn’t as flashy at some other GMT travel watches, so wouldn’t necessarily get too much unwanted attention. Yet it is striking in its on-wrist appearance. Without a two-tone bezel (and the third time zone ability) it actually looks cleaner.

We had the hybrid leather and rubber bracelet with its deployant strap. We always suggest that people get the steel bracelet when they can, and then swap straps around when they feel like it. This hybrid though allows a nice leather look but with the longevity of rubber to handle moisture and sweat. As always, we suggest trying on deployants before deciding.

Setting the watch actually seems more simple because of only two time zones, though in reality there is no difference. Easiest way to do it is to set all three hands straight up, to midnight. The orange hand is the 24-hour home time hand. The all-white shorter hour hand (with the signature different “snowflake” shape) is the local time hand, the one that shifts in one-hour increments when you turn the crown in the second position after unlocking (first position after unlocking would be winding).

To set you want to get the orange hand and the long white minute hand straight up to 12/24 using the furthest out position of the crown. Then if the local hour snowflake hand doesn’t go straight up as well (meaning it is set to a different time zone) you push the crown in one position then adjust until that hand is straight up as well. Note that the date indicator is set to this local hand, and will move forward or backward depending on how you are adjusting. A useful feature of this Manufacture calibre MT 5652.

What does this watch show us? Looking at the breadth of the Black Bay Fifty-Eight line, Tudor clearly knows how to delineate models in such a way that each piece, in spite of having the same basic function, can have it’s own appeal. They just launched the Black Bay Pro in an environment already in love with their other GMT model. It has widely been considered the value buy of the most recent watch show, and comments in person have supported that.

So is the Tudor Black Bay Pro a key indicator? Is it a milestone? For Tudor, it is probably just anther part of a journey. And that is wonderful to see.

Mother’s Day Made Special by OMEGA

Mothers the world over deserve more than just one day to honor and appreciate them. Why not start with picking the perfect OMEGA watch for your dear Mom?

Diving Into the Deep Blue

Explore the seas with the new Submersible.

The Year of the Pilot